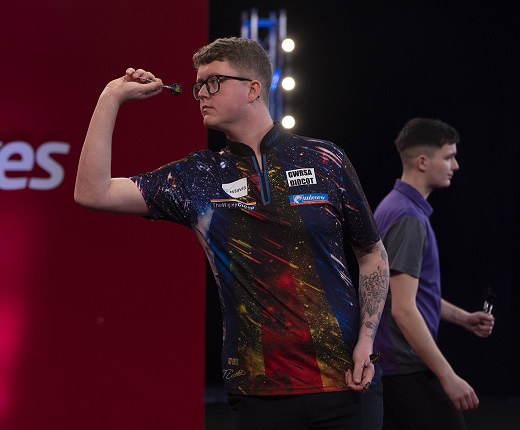 The PDC Unicorn Youth World Championship is a PDC tournament played for the first time in 2010. The PDC lanced the tournament after Barry Hearn's takeover offer to the BDO was turned down and it was called into question that Hearn would support Youth and Ladies the same as the BDO does.

Participate can all players who are below the age limit at the deadline. Participants are either players from the PDC Youth Tour or international qualifiers.
Beside the price money both finalists are invited to the Grand Slam and get a Pro Tour Card. The Winner gets a place in the PDC World Championship as well.

To play the qualifiers and the tournament no contract with the PDC has to be signed.

International: Twelve Qualifiers - Fourteen Qualifiers in 2014 - 24 qualifiers in 2018. During the Corona pnademic in 2020 and 2021 other criteria are applied. The qualifiers are from different European countries, from the USA, Canada, Southafrika, China, Asia, Russland, Australia, New Zealand and two Junior Darts Corporation qualifiers

Qualification by the PDC Youth Tour Order of Merit.
Seeded are the top 8.

Qualification through Rileys Dartzones: Only till 2012.

The 64 participants - starting 2018 72 participants - play in several rounds through to two finalists.
2010 phase 2 took place during a Players Championships weekend in the Metrodome in Barnsley, 2011 during a Players Championship weekend in Crawley. 2013 Phase two will played on 22. March 2013 in the Metrodome in Barnsley. In 2014 it was be played on April 5 in Reading. Since than it is usually played during a Pro Tour weekend in November in Wigan. In 2021 due to the Corona pandemic the complete event including the final will be played in one day in Minehead.

In 2018 this phase for the first time will be played as a group phase with 32 groups of three players each. The group winner progress to the knockout phase.