Leonard Gates enjoyed the biggest triumph of his career on Saturday with victory in the bet365 North American Championship in New York. 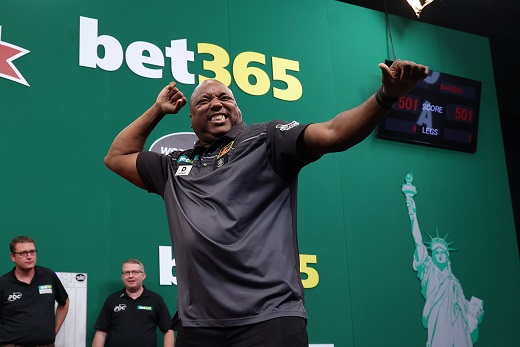 Texas star Gates secured the 10,000 title Dollar and a spot in the Cazoo World Darts Championship with his 6-3 defeat of Danny Baggish in front of an enthusiastic crowd at the Hulu Theater at Madison Square Garden.
The event saw eight US and Canadian stars doing battle, with Baggish defending the title he won in 2019 only to fall just short of back-to-back wins.

Gates, though, followed up Friday night's defeat of Fallon Sherrock in the bet365 US Darts Masters with wins over Jules van Dongen, David Cameron and Baggish in a memorable afternoon. He finished 101 and 124 in a 6-2 quarter-final win over Van Dongen, before taking out 140 and 110 against Cameron in a semi-final which went all the way to a deciding leg. Baggish shared the opening four legs of the final, and after Gates moved two legs clear the reigning champion checked out 121 to pull back to 4-3. Gates, though, finished 67 to move 5-3 up and sealed victory with double 13 - claiming continental glory and an Alexandra Palace debut in the World Championship in December. 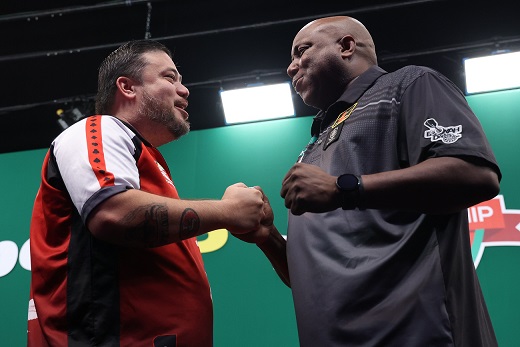 Gates admitted to feeling "on top of the world" after becoming the first player to win a title at Madison Square Garden, saying: "That is history and I hope it continues for me. "It's amazing - the feeling is overwhelming. I'm so delighted and the World Championship is definitely something to look forward to."
The Houston thrower - a former Minor League baseball pitcher - added: "Danny is very experienced and in form and I said "I can't let up on this guy". He's a great friend and a great dart player, and to do that against him says a lot. "I've got much respect for Danny, we've been playing against each other for years and I knew what I had to do to beat him."

Baggish matched Gates' fine combination finishing during an entertaining event, sealing his 6-2 quarter-final win over Doug Boehm with a 142 checkout and landing six doubles from seven attempts in his semi-final win over Danny Lauby.
Lauby had defeated emerging Canadian Matt Campbell in a deciding leg in their quarter-final, while Cameron booked his spot in the last four by defeating top seed Jeff Smith 6-4.