PRICE TO PLAY ON DESPITE CONFIRMED FRACTURE TO THROWING HAND

Gerwyn Price will compete in Thursday's Cazoo Premier League in Birmingham despite confirmation of a fractured bone in his throwing hand. 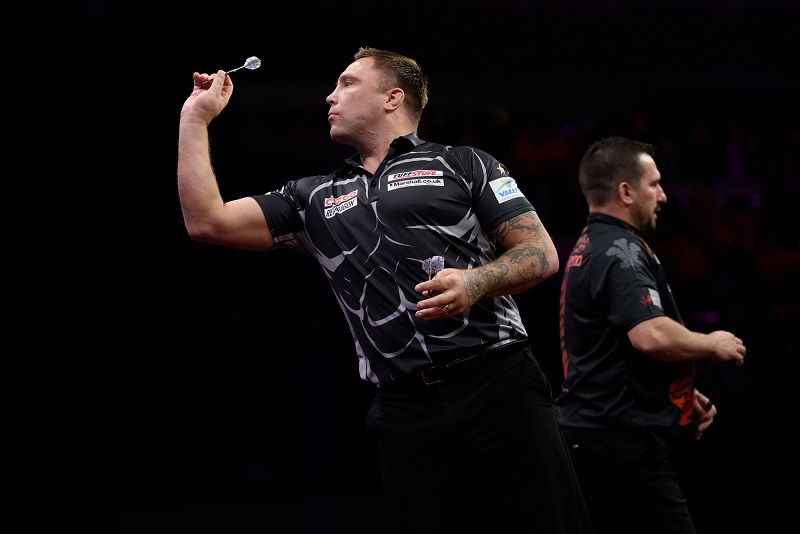 The world number two suffered a hand injury earlier in March following the Cazoo UK Open, and after initially missing the Premier League night in Brighton has returned to competition since.
Despite the pain in his throwing hand, Price reached a Premier League semi-final in Nottingham a fortnight ago and won a Players Championship in Germany last weekend. However, further hospital checks have revealed a small fracture to a bone in the hand, and he will wear a supportive splint in the coming weeks whilst the injury heals.

Price will remove the splint whilst competing, and will line up against Joe Cullen in Thursday's Premier League night at the Utilita Arena in Birmingham.

"I was still in discomfort with my hand so I went back to the hospital and the X-ray showed a small fracture," said Price. "The usual course of action would be to be put in plaster for four weeks, but with the Premier League and other events that's not something I wanted. "I'll be wearing the splint now other than when I'm playing darts, and making sure that I rest the hand enough when I'm not to allow it to heal properly. "I've shown that I can still play good darts despite the injury and I'll be trying my hardest to get the win in Birmingham on Thursday."

The injury means that Price's planned charity boxing fight, which had been planned for April 9, will now be postponed to May 13. The bout against Rhys Evans has been planned as part of a fundraising night in aid of Cancer Research Wales, St David's Hospice Care and the Velindre Cancer Centre in Cardiff.

In the quarterfinals tonight first Michael van Gerwen will play against James Wade before Gerwyn Price will meet Gerwyn Price. The third quarterfinal is an all Scottish clash between Peter Wright and Gary Anderson and in the last quarterfinal Jonny Clayton and Michael Smith will stand at the oche.