Luke Humphries won his second European Tour title in the space of a month in Prague on Sunday, defeating Rob Cross 8-5 in the final of the Gambrinus Czech Darts Open. 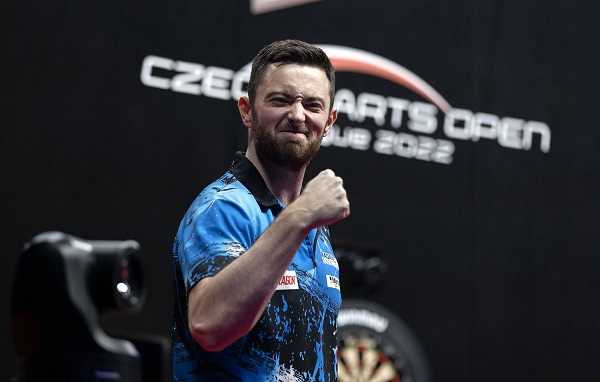 Humphries further enhanced his reputation as one of the sport's hottest prospects with impressive victories over Michael van Gerwen and Dimitri Van den Bergh en route to the final.
A winner of April's Interwetten German Darts Grand Prix, Humphries averaged 100.34 in the final to rack up his third PDC ranking event win of 2022.

Humphries took early control in the final as he raced into a 4-1 lead, before Cross piled in a rot-stopping 145 checkout to gain a foothold in the contest. The tenth leg saw Cross pounce on four missed doubles from Humphries to break throw and level at 5-5. However, a crucial last dart double top saw Humphries break straight back before reeling off the last two legs in 26 darts to pocket the 25,000 pound winner's prize.

"To win one Euro Tour was great, but to win two is unbelievable - I'm over the moon," said Humphries. "I think the final was the best I played all weekend. Rob and I are good friends and he pushed me really hard. "When you make that final it's hard because you're tired after a long day and when he took the 145 out it drained me. "But I think the last two legs show a lot about my game and are testament to what I am now. "I need to start believing I'm one of the best players in the world. "I'm getting that confidence in my game, I feel like I'm making the next step now." 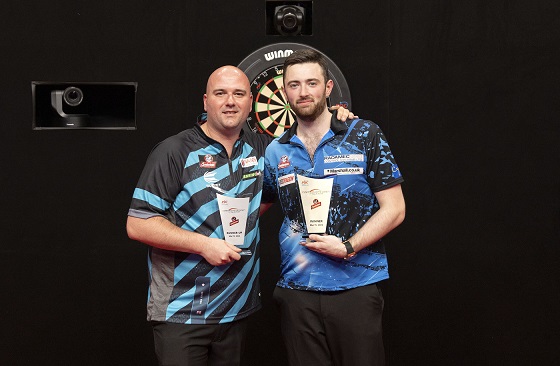 Meanwhile, Cross was left to suffer an unwanted familiar feeling as he endured a sixth defeat in his sixth European Tour final.
"Credit to Luke, he was brilliant," said Cross, who defeated Ross Smith and Vincent van der Voort earlier in the day. "I struggled to hold my throw, that was my Achilles' Heel in that one. "I really enjoyed my weekend here, Prague has played host to a fantastic tournament with an amazing crowd. "I wasn't at my best today but I almost got the result and I'll move onto the next one."

Sunday saw the tournament reach its climax with last 16 matches in the afternoon, before the evening session saw the quarter-finals, semi-finals and final take place.
Czech number one Adam Gawlas sent the home crowd into raptures with a dramatic 6-5 win over Ryan Searle in the last 16, before his dream run was ended by Van der Voort in the quarter-finals.

The European Tour continues with the Interwetten European Darts Grand Prix (ET7), which will take place from May 20-22 at the Hanns-Martin-Schleyer-Halle in Stuttgart, Germany. Tickets are on sale through PDC Europe.