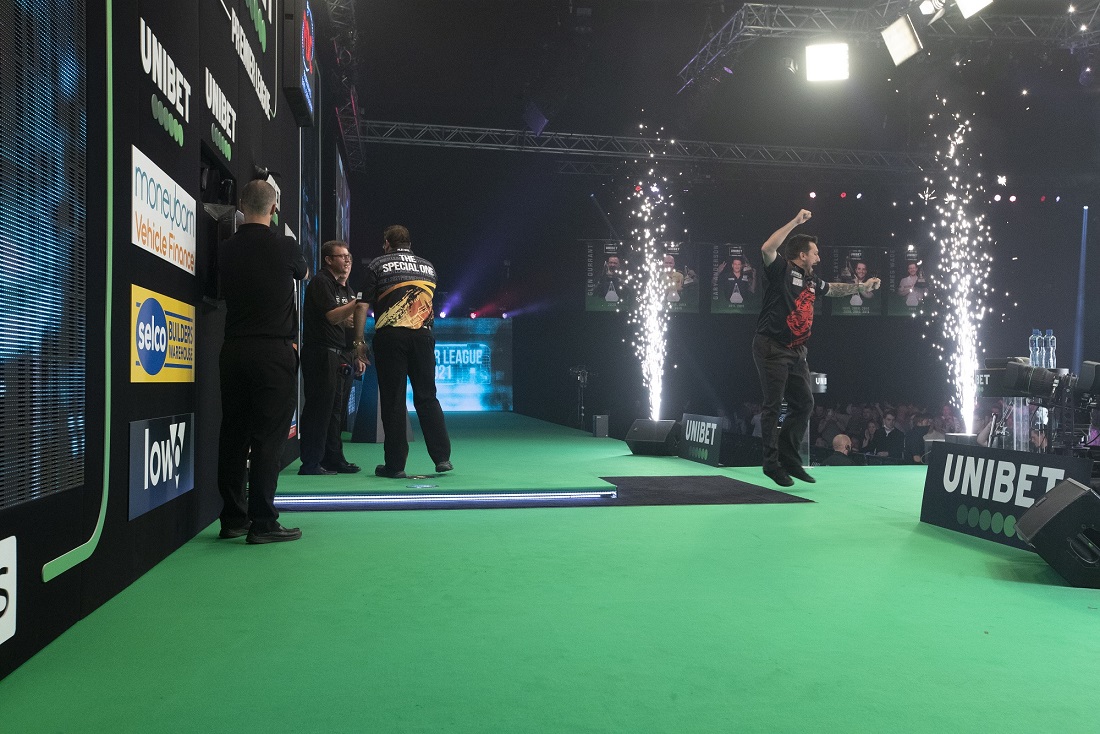 Clayton had snatched the fourth Play-Off place on Thursday and took to the stage 24 hours later as underdog - but walked off as champion after sealing an 11-5 win over De Sousa in the final.
Having only confirmed his spot in the field after winning The Masters in January, the Welshman first defeated Van Gerwen 10-8 before going on to take the title in front of a sold-out crowd at the Marshall Arena. 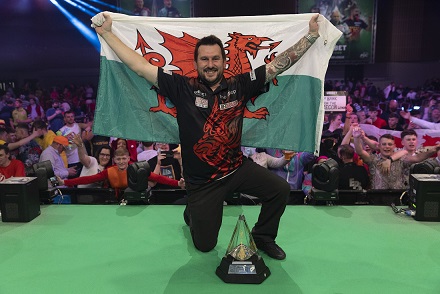 The final was competed between two Premier League debutants for a second successive year as Clayton took on De Sousa, who had defeated Nathan Aspinall in a last-leg decider in the other semi-final. The deciding match of the 2021 Premier League began with Clayton taking the early initiative, checking out 121 on the bull before breaking the De Sousa throw and consolidating with a hold of his own to take a 3-1 lead. The pair then traded holds before Clayton was able to break again in the seventh leg to move 5-2 in front, taking out 36 for a 13-dart leg. This seemingly inspired the Portuguese, who regained one of the breaks immediately after a ten-dart leg to give himself hope.
Then, with the score at 6-4, Grand Slam champion De Sousa missed four darts at a double to close the gap to one before Clayton took his opportunity and pinned double 12 to edge towards the title in his first season in the Premier League. De Sousa did manage to break back immediately once again as he pulled the score back to 7-5 but time was running out for the 47-year-old. However, that proved to be the last leg he would win as Clayton strung together a run of four consecutive legs to win the title and the 250,000 pound top prize.

Speaking after the match the match the 46-year-old spoke of his pride after becoming the first Welshman to win the Premier League.
"I've put Wales on the map again and it's just so incredible to be here and win this event," said an emotional Clayton. "We're so lucky to have been playing over what has been such a difficult time for everyone. "Jose is such a great player and I just tried to keep my cool and get over the line, I'm just so happy." 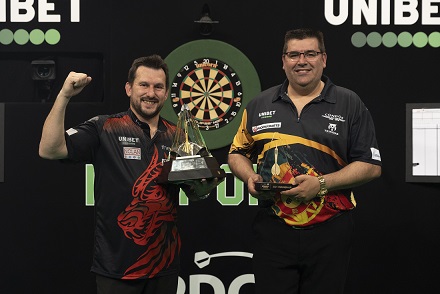 It was also a memorable run for De Sousa, who took his chance to shine on the big stage once again by reaching a second televised final. "I proved again that I am 'The Special One'," said a humble De Sousa. "This crowd is so amazing and I just want to say thank you to everyone who supported us. "It was a tough final and well done to Jonny for becoming the champion."

Earlier in the night, Masters champion Clayton ended Van Gerwen's hopes of winning a sixth Premier League title with a pulsating 10-8 semi-final victory, averaging 103 and coming from 8-7 down to book a spot in the final. 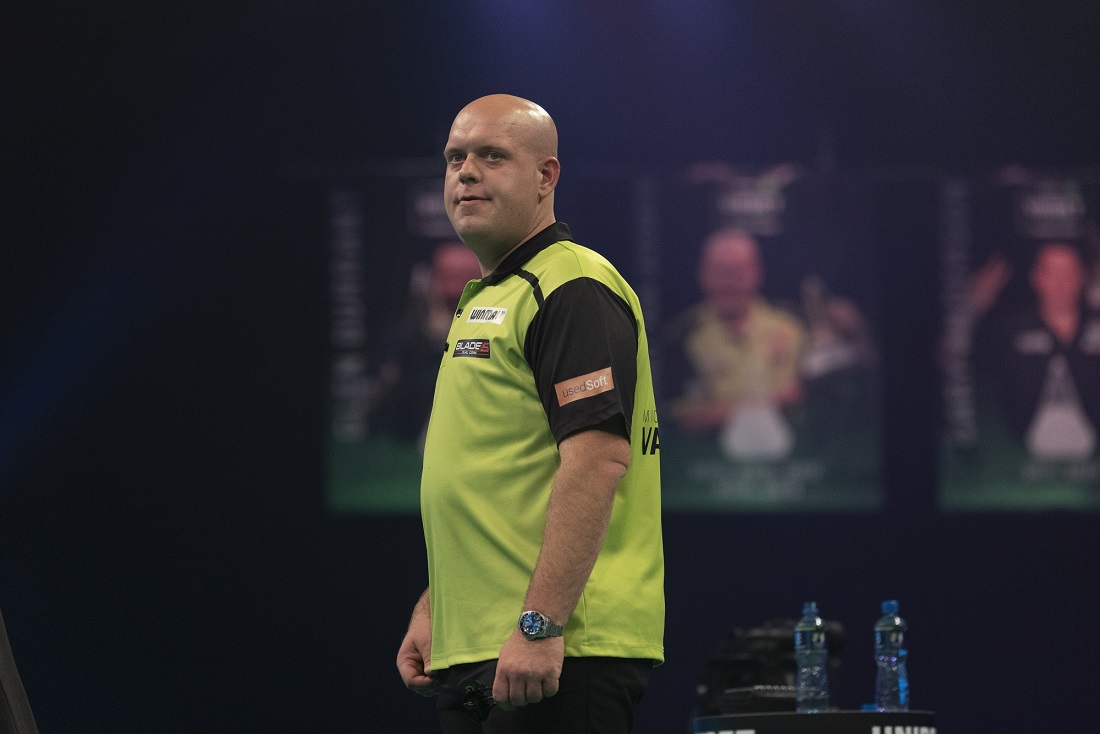 De Sousa then ensured that two debutants would appear in the final for a second successive year as he edged out Nathan Aspinall 10-9 in a thriller.

Van Gerwen had finished top of the table for an eighth time in nine years, but admitted that defeat for the first time in a semi-final was a huge blow.
"This one is on my chin," he told RTL7. "I'm on my way back now but there's still hard work to do. "Jonny played really great. I wasn't consistent enough, he punished me at the right moments. I shouldn't have put him in that position - I gave him the confidence and a great feeling."