Daryl Gurney ignited his challenge to avoid elimination from the Unibet Premier League with victory over Chris Dobey as the tournament resumed on Tuesday. 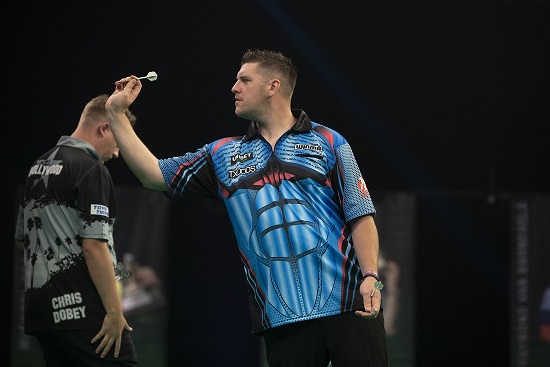 Following a five-month break, the Premier League returned for the first of ten nights behind closed doors, with the first three comprising the battle to avoid elimination on Judgement Night.
Gurney had begun Night Seven three points adrift of Rob Cross and Gerwyn Price, but defeats for his rivals allowed the Northern Irish ace to cut that gap to just one point as he defeated Dobey 7-2. Dobey had been set to be the tournament's Challenger on the original Night Seven in Newcastle, and he never settled in Milton Keynes as Gurney capitalised to claim his first victory of the season.

"I put myself under a lot of pressure and I've got the win so I've given myself a chance now," said Gurney. "Practice-wise I'm playing better than ever so I'm disappointed with how I played. It wasn't the way I wanted to win - I wanted to play well and I'm not taking my practice game onto stage. "I'm only a point now behind Rob and Gezzy and I've given myself a chance. If I can get a result against Nathan Aspinall then I can put the pressure on, and hopefully I can put a good performance in." 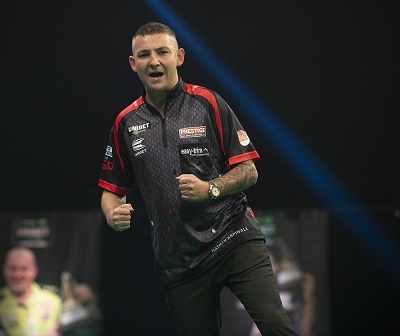 Price was defeated 7-4 by Aspinall as the 2019 UK Open champion ensured his status in the second half of the season by coming from 3-1 down to claim the win.
Price started the stronger, with a 73 finish for a 14-darter seeing him break throw in leg three as he took command, but he paid as three misses in leg six allowed Aspinall to draw level. The Stockport ace punished two further missed doubles in leg eight, and though a 132 finish kept Price in the contest it was Aspinall who closed out the win with a 108 checkout.

"I love playing Gezzy, he brings the best out of me but without a crowd it's hard for players like us," said Aspinall. "He struggled, I struggled at the start but I dug deep. "I've worked on a few things since the World Matchplay to try and play the game at my best, and to get the two points that secure me in the second phase of the Premier League season is great. "I've learned a few things from tonight and hopefully I can kick on. I threw some good stuff at times and I got the win, which was the most important thing." 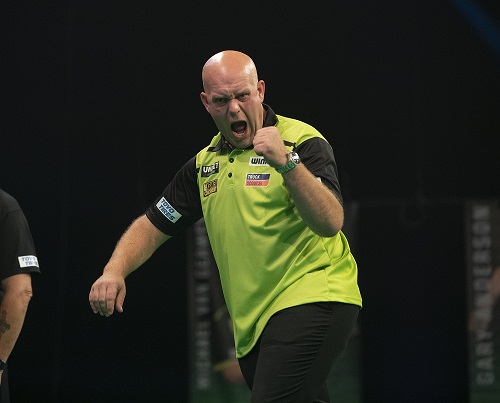 2019 finalist Cross, meanwhile, saw his Premier League hopes suffer a blow as Michael van Gerwen took a 7-2 victory from their contest at the Marshall Arena.
Cross secured an early break to lead 2-1, but Van Gerwen pulled away with six straight legs, including a killer 87 finish on the bull in leg six for a 12-darter. "This is good for my confidence and I'm pleased," said Van Gerwen, who suffered a second round exit to Simon Whitlock at the venue a month ago in the World Matchplay.

"I had a massive disappointment at the World Matchplay but to come back and do this is a massive step forward. I've invested a lot of time into my practice routine and this is something I can build on. "I was dominant and did the right things at the right moments. My scoring power was there and I feel good, but there is more in the tank." 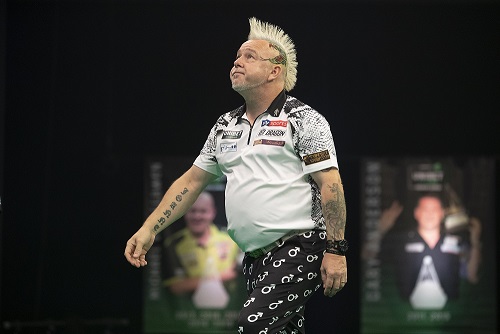 Van Gerwen's victory moved him top of the Premier League table on leg difference ahead of Wednesday's opponent Glen Durrant, who scrambled to a six-all draw with Peter Wright. Durrant took out 101 as he opened up a 3-1 lead, but Wright followed a 108 checkout with finishes of 170 and 120 as he moved 6-4 up, only to fail to close out the win with a miscount in a dramatic final leg.

"I felt I was in charge of the match but I'm playing the World Champion and he's a phenomenal player, as he showed with the 170 finish," said Durrant. "My scoring was good but I need to work on a little bit of finishing. I'm glad I'm off and running and I've got a huge game on Wednesday against Michael van Gerwen. "I feel good going into one of the biggest nights of my life - playing the best player in the world is what darts is all about. The winner goes top of the league and I'm super-excited about the game." 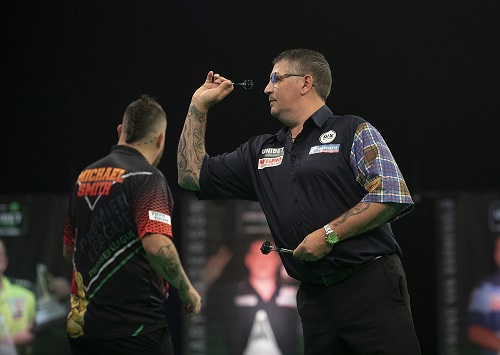 Gary Anderson moved above Michael Smith in the league table with a superb 7-3 victory, averaging a brilliant 109 - the season's second-highest tally - as he picked up a third victory of the campaign.
Smith landed seven 180s in the contest, but paid for 13 missed darts at a double as Anderson bounced back from his loss in the World Matchplay final in style, finishing seven doubles from eight attempts as a change of dart paid dividends. Smith shared a high-quality opening six legs despite checkouts of 124 and 87 from Anderson, who then reeled off four straight legs - including a key 90 on the bull - for the win.

"It's a very good start," said Anderson. "Compared to how I've been playing I'm over the moon with how that went - the darts were going a lot better than in the World Matchplay. "I've played with this design before. The darts felt right, the straight barrelled darts were slipping out of my hand but the scallop on these means I can get them in the same place every time." Anderson added: "Michael missed a few doubles but when he did, I was there on his tail and took them out."