NIGHT TO REMEMBER FOR HENDERSON IN UNIBET PREMIER LEAGUE

JOHN HENDERSON delighted his home crowd by earning a memorable draw against Michael van Gerwen as the Unibet Premier League visited Aberdeen's BHGE Arena, while James Wade whitewashed his way to the top of the league table. 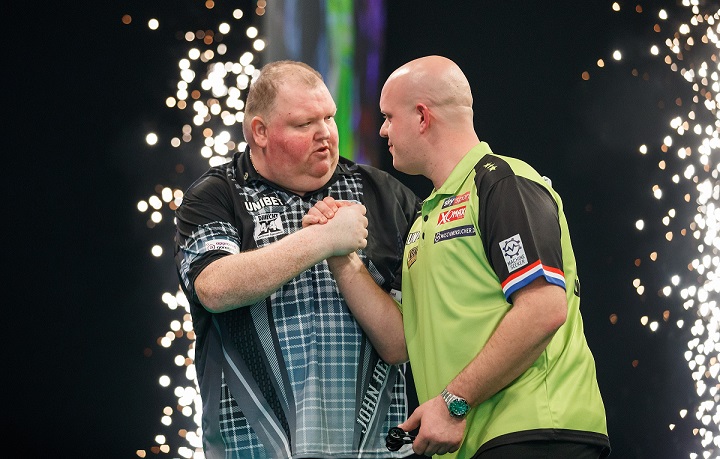 Huntly's Henderson was one of the nine Contenders who stepped in to replace fellow Scot Gary Anderson, and he rose to the challenge on the biggest night of his career.
After being welcomed to "Flower of Scotland" by a bagpiper, Henderson battled back from 3-0 down as he withstood a barrage of big scoring against the reigning Premier League and World Champion. Henderson pulled back to 5-4 before Van Gerwen secured a point to avoid a second successive Premier League defeat, only for a pair of tops finishes in the final two legs to seal a draw for the local favourite.

"I'm delighted with how it went," said Henderson. "I don't think I've ever witnessed anything like that in my career, it was tremendous. "I felt emotional on the walk-on and I didn't want to go up there and play badly. To play the best player in the world in your home town, and get a draw, has left me almost speechless. "At 3-0 down I felt I was playing well, but Michael let me in and I got back into it. I dug in, and I've been doing that this year. "It was absolutely fantastic and to do that in front of my home crowd is phenomenal."

The draw means that Van Gerwen is now one of four players locked on seven points at the top of the league table following wins in Aberdeen for James Wade, Rob Cross and Gerwyn Price on Night Five. 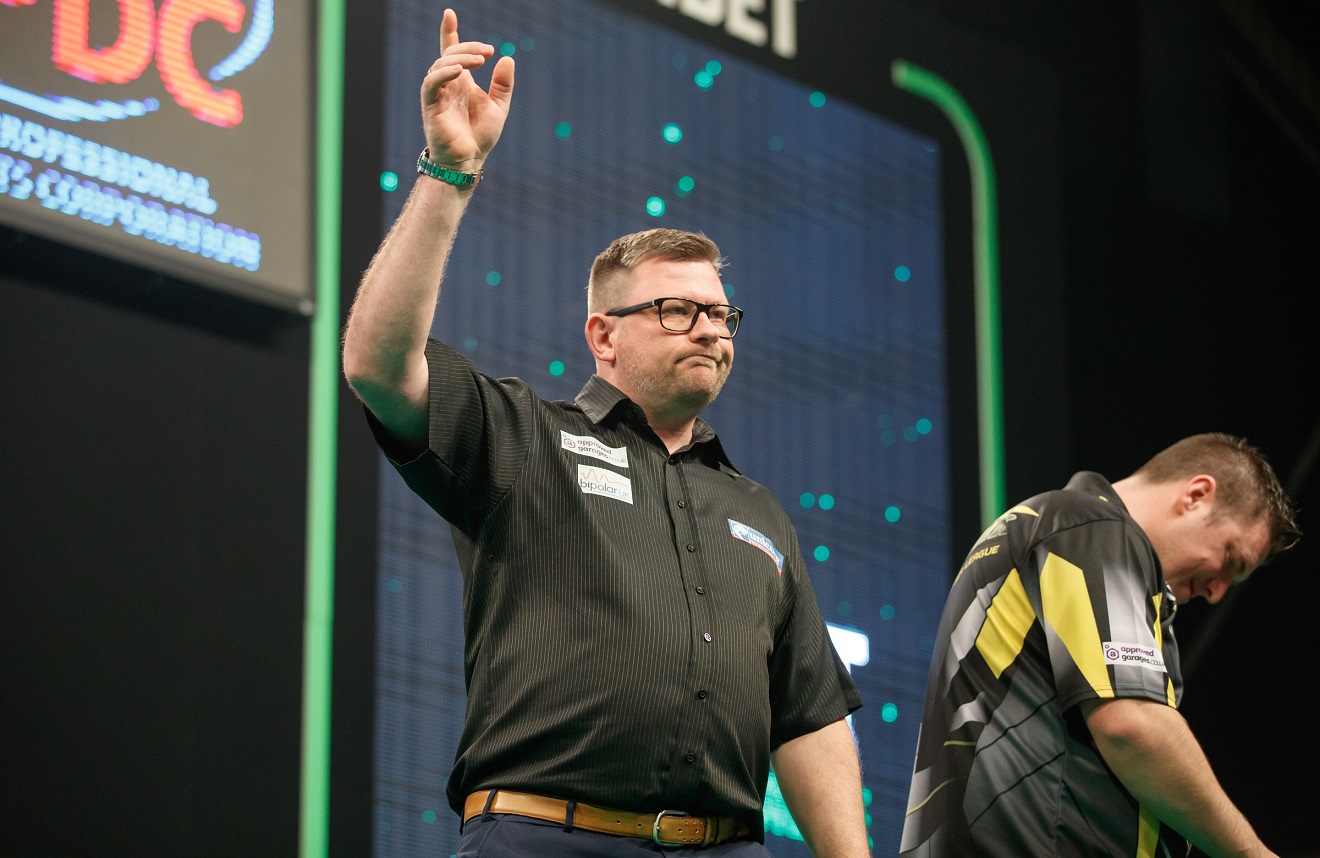 Wade produced the first whitewash of the season by storming past Daryl Gurney 7-0.
The 2009 champion followed up last week's victory over Van Gerwen with the highest average of the season to date of 109.59 as he also limited Gurney to just two darts at a double.

Wade's ruthless display saw him take out 158 and 116, and he said: "It's a great win and I'm really happy. Daryl is better than that but it's an evolution of my character. "Nobody wants to win 7-0 but I played better and took my chances well. I still believe I'm one of the best in the world, if not the best at times." 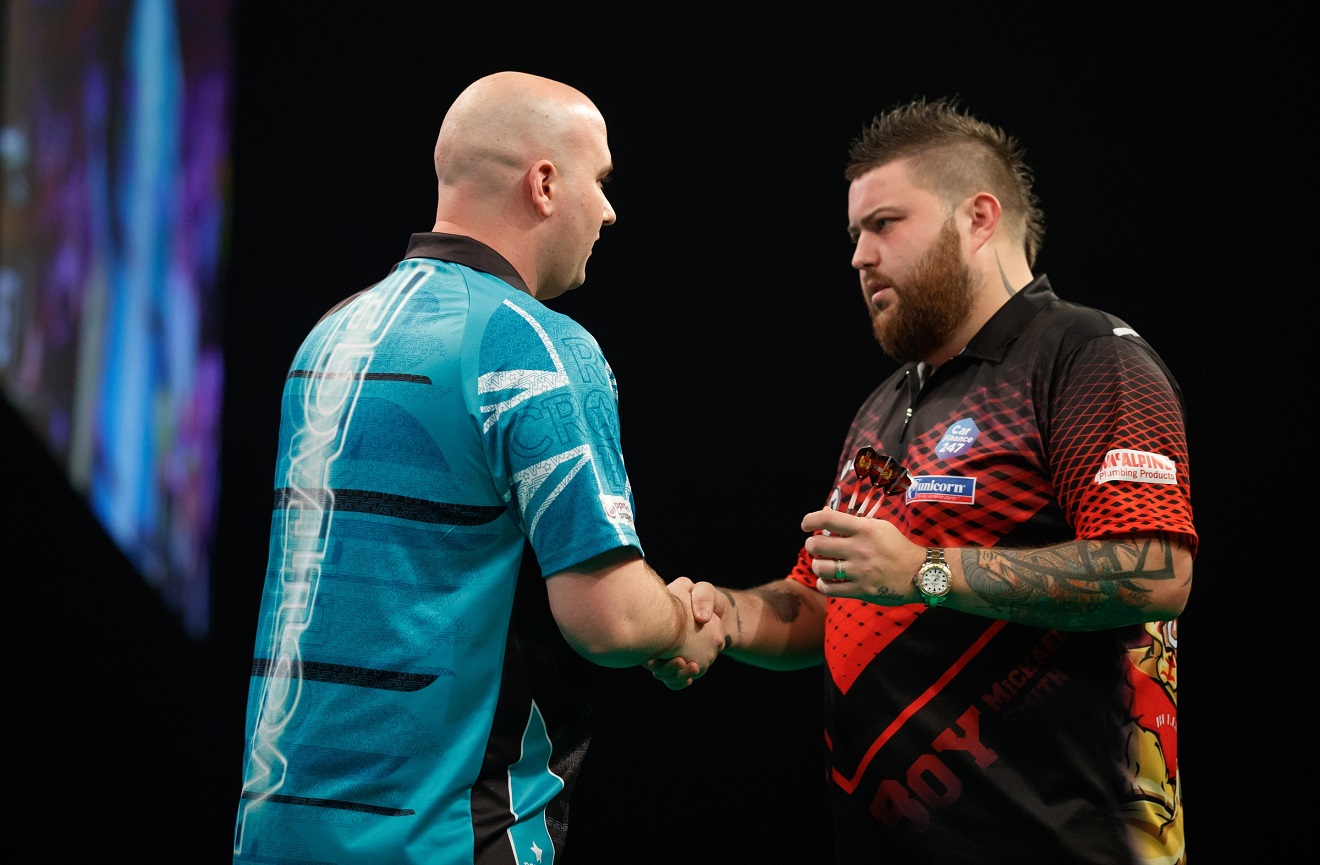 Former World Champion Rob Cross picked up his third victory of the season in superb style with a 7-3 triumph over Michael Smith in the Aberdeen opener.
Legs of 14 and 12 darts gave Smith an early 2-1 advantage, but after Cross levelled in leg four a superb 164 checkout to break throw in the fifth turned the game. Cross then took out 68, 81 and 87 before a missed tops for the match allowed Smith in to finish 90 on the bull, but the former World Champion was not to be denied as he posted double three to claim the points.

"I'm really happy," said Cross, who also defeated Smith in Sunday's UK Open semi-finals. "There's a lot more to come but I did a good job today. "I took my chances well - the 164 settled me down and was a catalyst for me. "Michael's a fantastic player and I thought it would be a lot closer, but I'm getting back to my best darts and I'm enjoying it again." 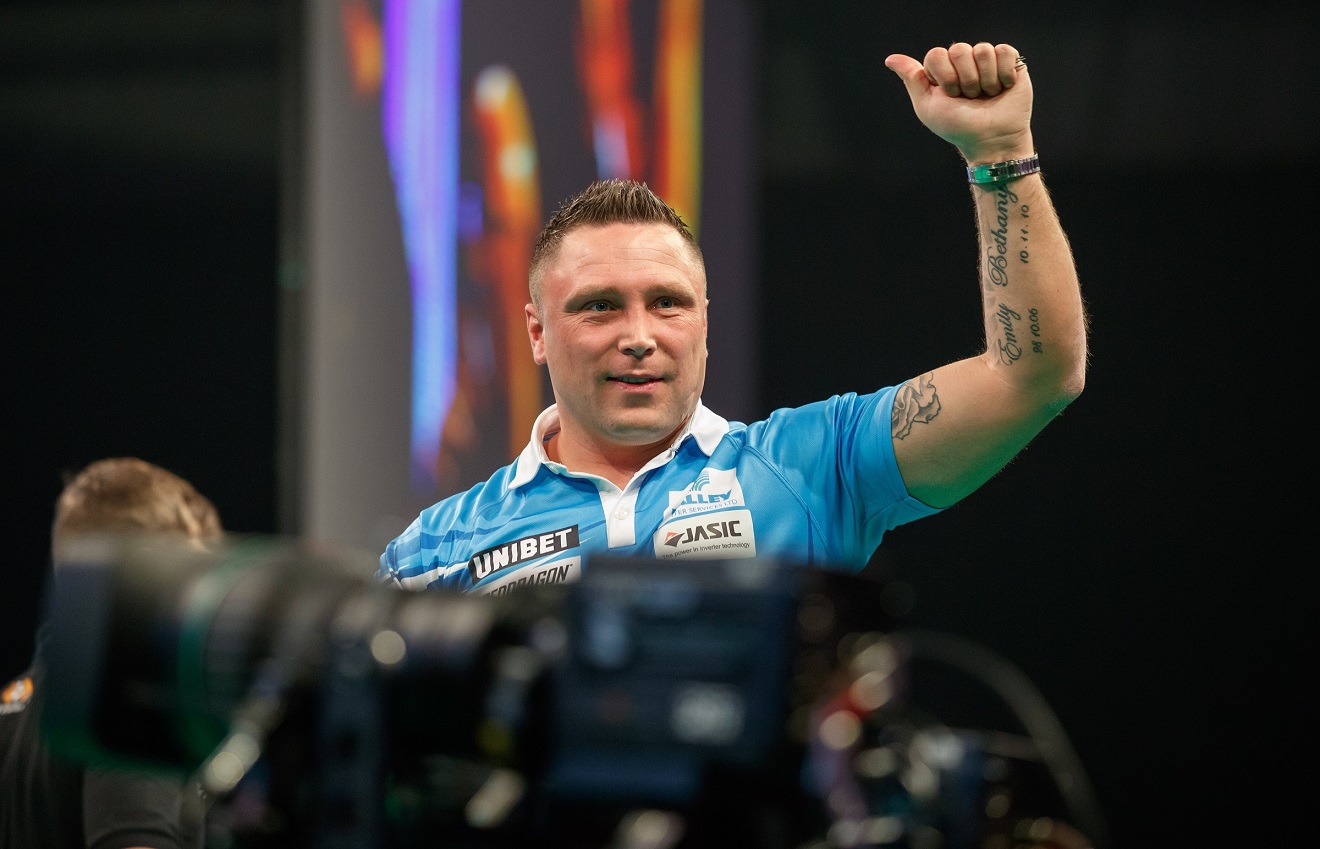 Gerwyn Price maintained his unbeaten start to the season with a clinical 7-3 defeat of Mensur Suljovic, landing seven doubles from nine attempts. Finishes of 107 and 127 helped Price into leads of 2-0 and 5-1 before Suljovic took out legs of 11 and 14 darts to hit back, only for tops to seal a fine win for the Welshman.

"I wasn't scoring very well but when it came to my last dart on the doubles I was great, and my finishing got me out of jail," said Price. "I'm happy with where I am at the moment ahead of a big game against Van Gerwen next week. I'm picking up points and I'm the only unbeaten player so long may it continue." 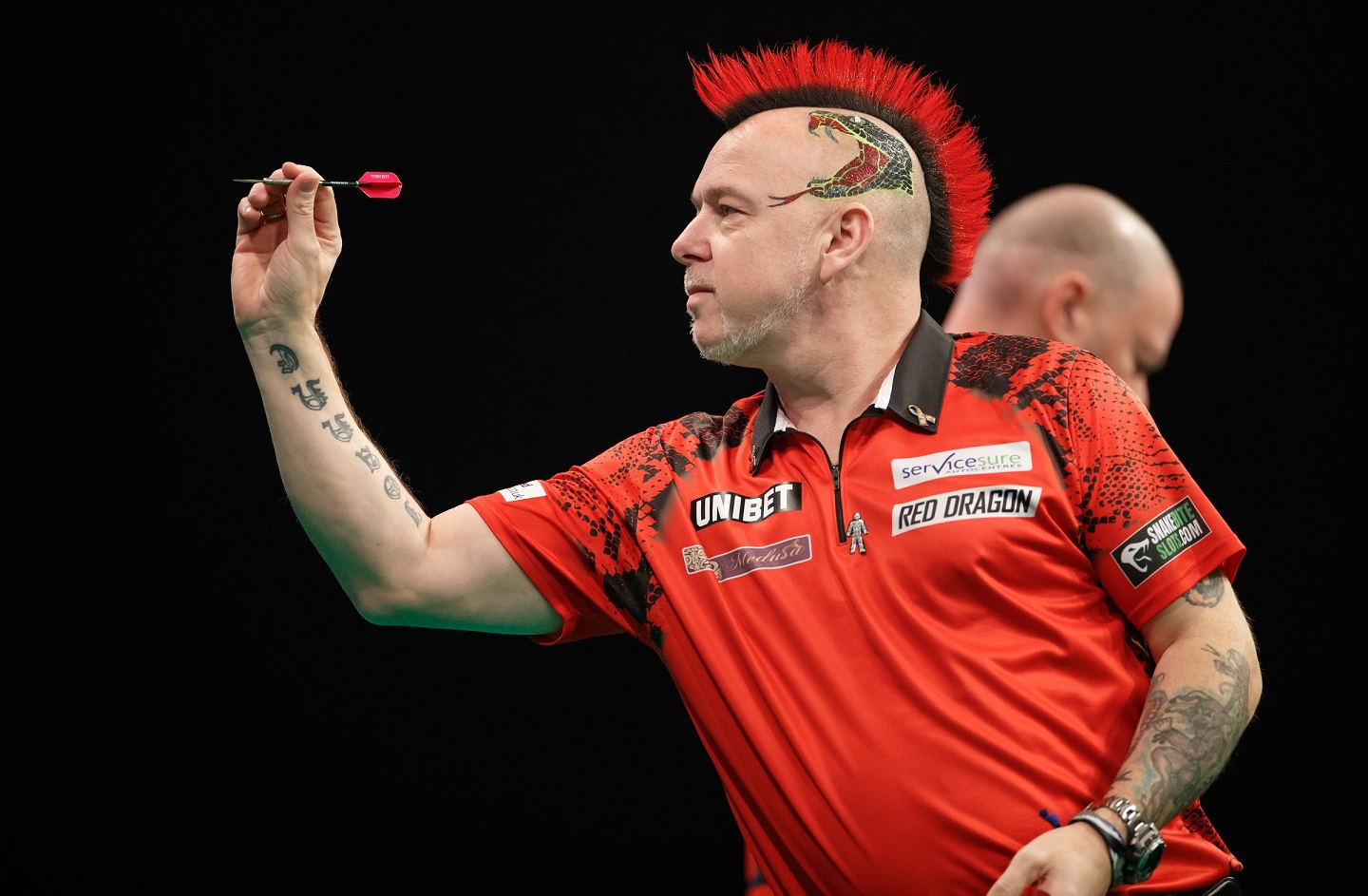 Scottish hero Peter Wright delighted the Aberdeen crowd by defeating Raymond van Barneveld 7-3, leaving the former champion a point adrift at the foot of the table. After losing the opening leg, Wright took five in a row as he lifted his average to 111, and landed a ten-dart finish before completing his second win of the season.

"I'm pleased with the way it went and I'm happy with the win," said Wright, who averaged almost 107. "It's as good a performance as I've had this season but I can still improve. "I've changed from 24 gram darts to 26 grams since last week and there's loads of potential in them. I want to be more consistent and average over 100 more regularly."
He added: "I love coming up to Aberdeen and it was an electrifying atmosphere tonight."