DARYL GURNEY ensured survival in the Unibet Premier League with a homecoming win over Rob Cross as Gerwyn Price was eliminated at The SSE Arena in Belfast on Thursday. 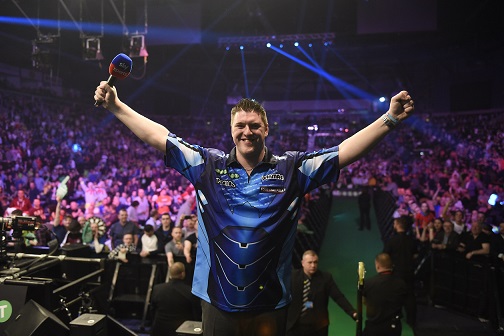 Derry's Gurney was making his first big-stage appearance in Northern Ireland as he stepped out at The SSE Arena, and produced a gutsy performance to end any threat of elimination from the event.
Cross led 2-0 and 3-1 before seeing Gurney hit back to level in leg eight, as the World Champion paid for a miss at double 16. Gurney then took out 119 to move 5-4 up, with Cross responding in 11 darts only to see the home favourite claim the game's final two legs, ending the contest with a superb nine maximums.

"It was unbelievable - I knew that atmosphere would be good but the support was amazing," said Gurney. "It's the best feeling I've ever had, even better than winning the World Grand Prix last year. "I was nervous from the atmosphere but as soon as the first treble went in it was mad - I wish I could take the Belfast fans with me every week! "I'm really glad to get the win too. When I went 2-0 down I knew I had to be more aggressive because if Rob had won a third leg he'd have demolished me. "The 119 was a big shot because he'd have had two breaks of throw. That shot kept me in the game and then I kicked on, and the 180s kept me going. "There are things I need to improve because although I got nine 180s it was still only 7-5 so I know in my heart that I need to get my finishing right - but this is a night I'll remember for a long time." 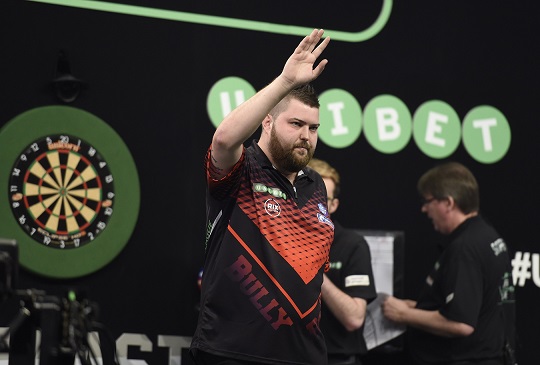 Michael Smith eliminated Gerwyn Price with a 7-2 victory over the Welshman, whose debut Premier League season will end in Liverpool on Judgment Night next week.
The pair shared the opening four legs before a stunning four-leg surge from Smith, begun with a 13-dart leg and also featuring a 160 checkout, pulled him clear to 6-2 before double top sealed victory.

The win was Smith's sixth from eight games this season, and the former World Youth Champion admitted: "It wasn't my best performance but I got the job done and winning the two points is all that matters. "I was trying not to watch Gerwyn because I knew he was under pressure. "I'm trying to fight and win every match that I can, because I'm playing well away from the Premier League and not producing it on that stage at the moment." 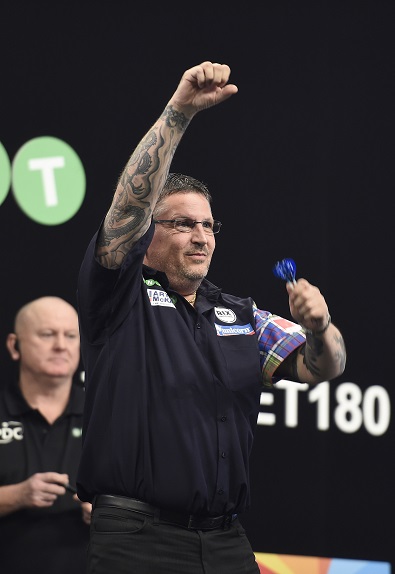 Gary Anderson extended his unbeaten run to five games with a 7-5 defeat over Mensur Suljovic which leaves the Austrian in the thick of the elimination battle.
Anderson led 2-0 with finishes of 74 and 82, only for Suljovic to take out 101 as he levelled following six legs. Anderson, though, regained the lead and then punished a miss at tops from his rival by taking out 124 on the bull to lead 5-3, and closed out victory with a 14-darter in the deciding leg.

"It was a bit of a scrape but I got there in the end so I'm happy to win," said Anderson. "My scoring wasn't great but I finished okay, especially the 124 on the bull. "I couldn't get into my rhythm and I never can against Mensur because I've got my own pace, but it's good for me to get past elimination because I'm plodding along and not totally happy with my game. "I've got a few more weeks now and I'm looking forward to it." 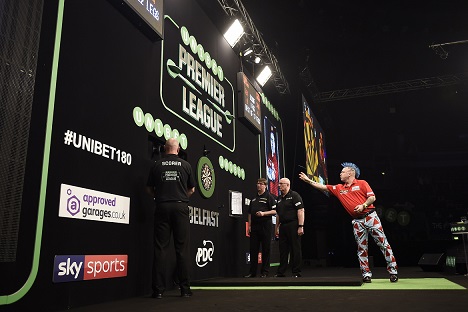 Suljovic and Peter Wright will battle to avoid elimination on Judgement Night in Liverpool next week, after the world number two came from 6-3 down to claim a draw with Simon Whitlock.
Wright now sits one point ahead of Suljovic after surviving a missed match dart to claim a key point, landing an 11-darter and a 120 checkout as he claimed the final three legs without reply. Wright had lost three successive games by a 7-1 scoreline, but returned to form by reaching last weekend's European Darts Open final before battling back to share the spoils in Belfast.

"I did okay last weekend by getting to the final in Leverkusen and I'm still fighting in the Premier League," said Wright. "I was getting beaten easily but I'm still fighting and I won't roll over. My game is improving and I can't really explain what the last few weeks were like - I seem to have a spell like this each year. "I wasn't sure what the situation was in the table earlier but this moves me above Mensur and it could be important. I'm only going to get better now." 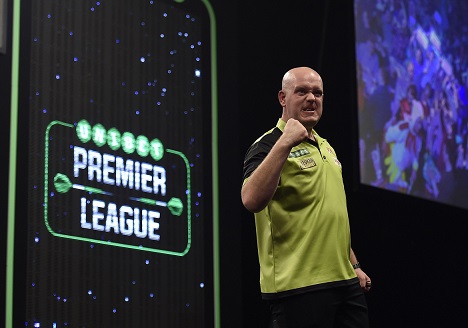 Michael van Gerwen maintained his two-point lead at the top of the table with a 7-2 romp against Dutch rival Raymond van Barneveld.
2014 champion Van Barneveld took out 81 and double 18 for an early 2-1 lead, but Van Gerwen levelled with a 132 bull finish before punishing five missed doubles from his rival in a key leg five. Van Gerwen then landed a pair of double eight finishes to move 5-2 up before closing out victory with six straight legs.

"My finishing was good and I didn't make a lot of mistakes, so I'm happy with this win," said Van Gerwen. "I like winning and I want to keep this going. "I'm very confident and my form is good. My scoring power isn't there yet but I'm winning my games and all that matters is being top of the table and getting into the Play-Offs." 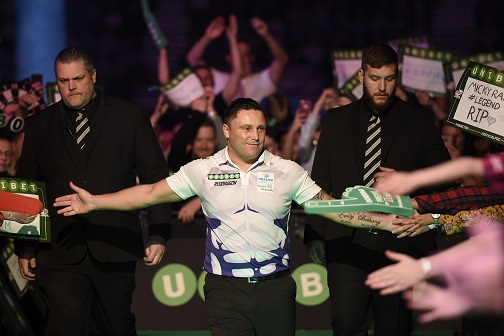 With Price already eliminated, either Suljovic or Wright will also drop out of the tournament following next Thursday's Judgement Night in Liverpool.
Suljovic will take on Van Gerwen at the Echo Arena knowing that he has to take at least a point from the game to put the pressure on Wright, who then meets Gurney.