MICHAEL VAN GERWEN moved clear at the top of the Unibet Premier League with a 7-2 win over Michael Smith as Gary Anderson delighted his home crowd in Glasgow on Thursday. An exciting night in front of 10,000 fans at The SSE Hydro also saw Daryl Gurney pick up a first Premier League victory, Peter Wright lose 7-1 for the third consecutive week and Rob Cross make it five successive wins. 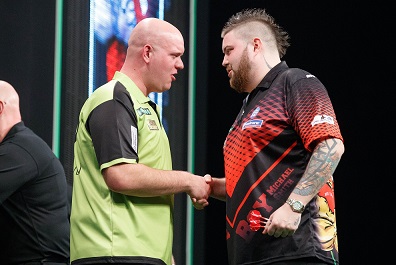 Reigning Premier League champion Van Gerwen pulled two points ahead of top-of-the-table rival Smith as he came from 2-0 down to beat the early-season pace-setter 7-2.
Smith, who was looking to return to the number one spot, began the match well, breaking in the opening leg before going on to hold for a 2-0 lead. This seemed to spark the world number one in to life, with Van Gerwen powering through to win seven consecutive legs, landing finishes of 148, 116 and 107 as he secured the two points.

"I wouldn't say it's the best of my performances but I am not making many mistakes," said Van Gerwen. "I'm doing okay but I'm winning my games and sometimes that's a strong point. "In the first two legs tonight I couldn't find the treble and I was trying too hard, but at the end of the day I got the two points and that's the most important thing. "Michael has played well - he's a huge talent and it's second in the rankings for nothing but if you look at his tournament average I knew I could get the points tonight. "To finish at the top of the league table is harder than winning the tournament in my opinion so I want to keep going and keep winning." 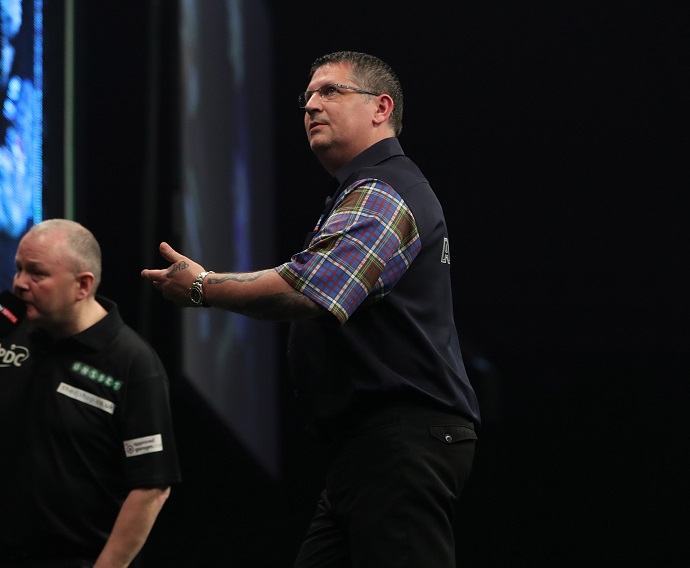 Gary Anderson returned to Scotland and averaged 102.68 as he defeated Simon Whitlock 7-4 to delight the Glasgow crowd.
Anderson, who has now won five straight Premier League matches in Glasgow raced, into a 4-1 lead to take control of the encounter before eventually running out a 7-4 victor, hitting six 180s along the way. After drawing his past three matches, the win moves Anderson closer to the Play-Off places and eases any threat of elimination in a fortnight.

"To be back in Scotland playing darts in Glasgow is special," said Anderson. "I was nervous before the game but once you hit that first twenty it's game on and you just have to get on with it - it's amazing to be here. "The Premier League is a long hard 16 weeks and now you've got to start winning. Tonight has been great but it's time to get the head down and keep going - I've got to keep plugging away and get as close to the top boys as I can." 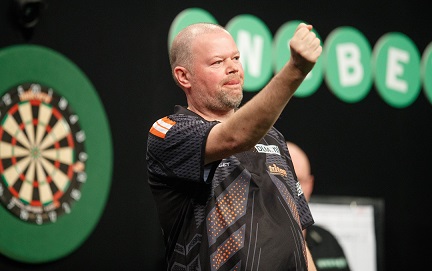 World number two Wright suffered a third consecutive 7-1 loss, leaving the 2017 Premier League finalist in danger of elimination on Judgement Night after his reverse to Raymond van Barneveld.
The Dutch legend averaged 99.76 and finished seven doubles from 13 attempts to punish the Scot, who was again unable to find the kind of form which won him 11 PDC titles in 2017. Having picked up five points in his last three games, Van Barneveld now sits fourth in the table as he eyes a repeat of his 2014 Premier League triumph at The O2 on May 17.

"To be at The O2 in May is where everyone wants to be and I believe I can do it," said Van Barneveld. "It's two big points. "Peter has been struggling for the past couple of weeks but it's a massive result for me and my finishing was perfect. Since the UK Open I've been working hard on my fitness and I'm feeling good. "I've got five points from the last three matches so I'm really happy and it makes you want to work harder when you're getting the results." 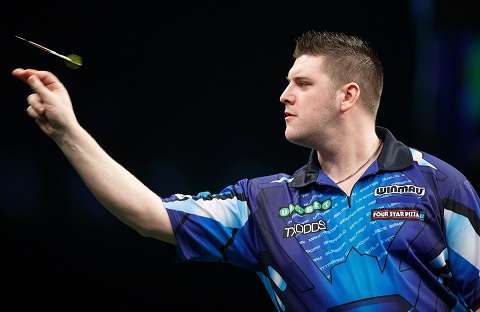 Daryl Gurney celebrated his 32nd birthday by claiming his maiden Premier League victory, following up four previous draws with a 7-3 defeat of Mensur Suljovic in Glasgow.
The Northern Irish hit five maximums and two ton-plus finishes in a match he seemed in control of throughout, and moves above his Austrian opponent in the league table. The Premier League moves to Gurney's home country next week and the home-hero isn't sure what to expect from the Belfast crowd when he takes on Rob Cross.

"I don't really know what's coming next week, I've never played there before," admitted the World Grand Prix champion. "I hope they sing loud and get behind me and it should be an amazing night, and hopefully I can get another win and this time against the World Champion."
Gurney added: "That was a real birthday present for me. I've been playing well and I know I can beat these guys, and the couple of ton-plus finishes probably swung the game in my direction. "The confidence is coming back now and I just have to keep going and get away from the bottom two. I'm glad to get over the finish line and get my first win in the Premier League - it's a monkey off my back!" 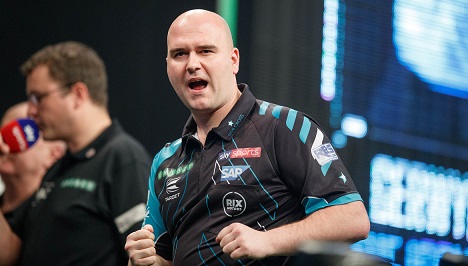 Cross, meanwhile, claimed his fifth straight Premier League win as moved up to third position in the table with a dominant 7-1 win against Gerwyn Price.
The Welshman, who is still looking for his first Premier League victory, missed darts to take a 2-0 after breaking in the first leg and was unable to recover from then onwards. Cross went on to average 102.57 and landed a 143 checkout as he hit seven doubles from ten attempts, and is now level on ten points with Smith, with the pair only separated by leg difference.

"It took me a couple of legs to settle, but when I started to play I played well and it's a good win for me," said Cross. "I'm feeling comfortable and I've got a good routine now. You can't win every week but you want to perform and I'm in a good place at the moment. "I'm playing well and I'll look forward to the next game now. I've turned it around after the first couple of weeks and I'm really happy with my game. I'm clinical at the end of legs and that's the biggest thing for me."