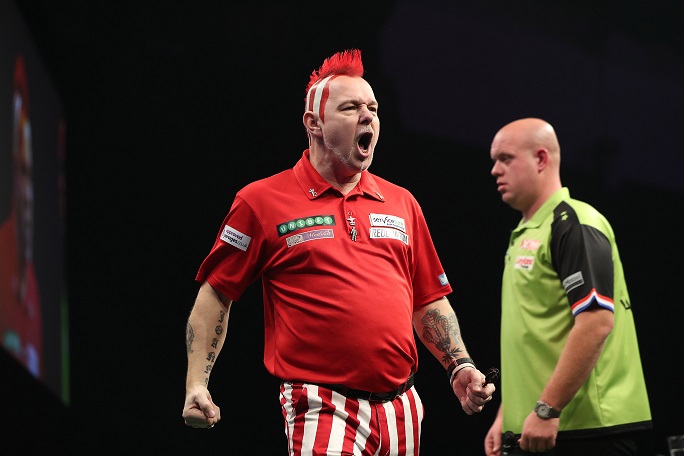 PETER WRIGHT claimed his first Unibet Premier League win over Michael van Gerwen with a 7-5 defeat of the reigning champion in Cardiff on Thursday, as Simon Whitlock and Michael Smith continued their 100 percent starts to the season.
World number two Wright had missed six darts to defeat Van Gerwen in last year's Premier League final, but this time held his nerve to close out victory and pick up his first win of the 2018 campaign.
After double 12 gave Van Gerwen the opener, Wright claimed the next three legs - twice punishing missed doubles from the Dutchman - to take command before the reigning champion took out 76 and 65 to level after six legs. Wright took out 116 to regain the lead before a 13-darter moved him 5-3 up, with Van Gerwen responding with a magnificent 170 checkout only to see a 96 finish featuring two doubles put the UK Open champion 6-4 up. A missed match dart from Wright allowed Van Gerwen back in to force a deciding leg, but a 180 came in vain as the Scot took out tops for another 13-darter to complete the win.

"It's always nice to beat Michael because I've let him off a few times," said Wright. "Today he let me off, but it's about time! "I'll be working hard on the practice board because I didn't play well at the start of the game. Michael missed a few doubles and I punished him. "There's loads more to come from me but it's good to get the two points." 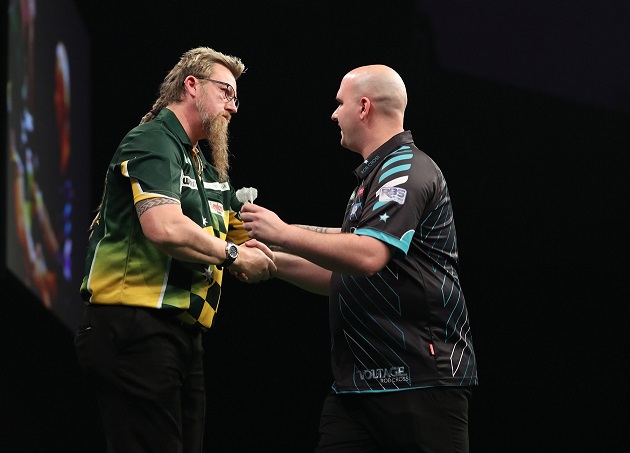 Whitlock's perfect start to the season continued as he pounced on eight missed doubles from Rob Cross on his way to a heavy 7-1 win over the winless World Champion.
Three misses from Cross in leg one allowed Whitlock in for an immediate break of throw, before the Australian was given a let-off for misses in two visits before he doubled his lead on double two. Cross finished 72 on double six to claim leg three, but paid for three further misses in leg five and two missed doubles in the seventh as Whitlock moved 6-1 up, before the former European Champion took out 106 to seal the win.

"I'm over the moon and I couldn't have asked for a better start," said Whitlock, who tops the league table following two weeks. "I'm off to a flier and I can't wait for next week now, I'm feeling good. "Rob didn't play well but I've got to do what I do and that's win matches. I think Rob's got a bit of a hangover from winning the World Championship and there's a bit of pressure on him, but he's a class player and he'll bounce back. "I'm on a high and I'm just going to ride that and play as well as I can, and I'll take it one week at a time - but this is fantastic for me." 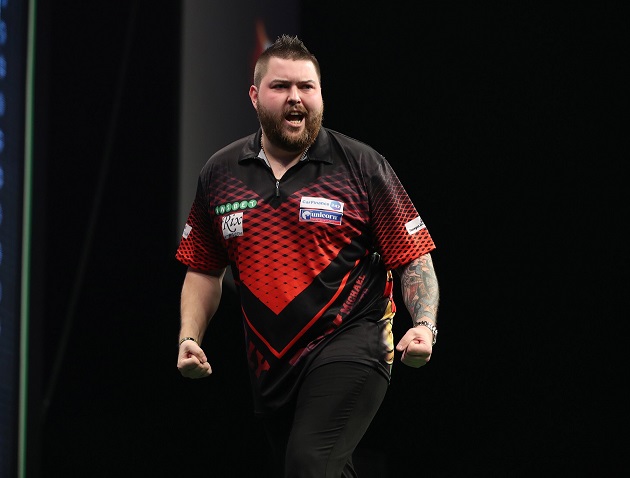 Smith, meanwhile, continued his winning start to the Unibet Premier League season with a 7-4 defeat of Daryl Gurney, following up last week's comeback victory over Gary Anderson with another strong display.
The former World Youth Champion raced into a 3-0 lead, finishing 70 and 72 either side of a superb 124 bull finish for a 12-darter to break throw in leg two. Gurney hit back to level with three in a row of his own, and was locked at four-all before Smith followed up tops by punishing four missed doubles from the World Grand Prix champion to break and move 6-4 up. Gurney landed another 180 in leg 11, but missed the bull to force a decider and Smith took out 64 to claim another two points.

"Last week was a struggle against Gary but I'm over the moon with this win," said Smith, who also won a UK Open Qualifier on Sunday and sits behind Whitlock on leg difference. "To get two wins out of two is unbelievable and to be on four points after two weeks is great. "After playing so well at the weekend I wanted to come here and play well too. I could have made it a bit easier but I could have lost too, so I'm happy to win." 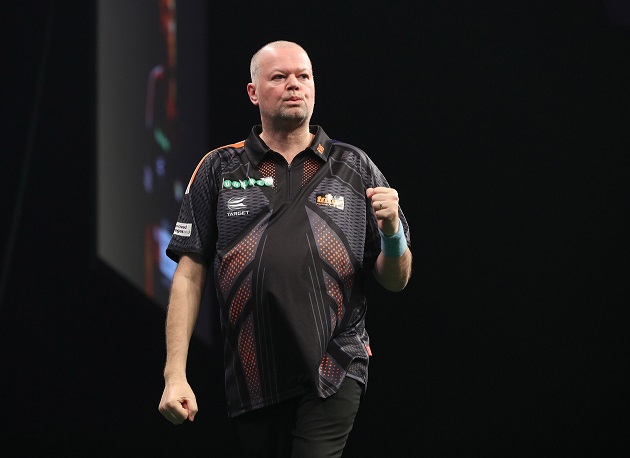 Raymond van Barneveld maintained his unbeaten start to the campaign by fending off Mensur Suljovic's fightback to claim a 7-5 success.
The 2014 champion took out finishes of 167 and 71 on the bull as he took a 4-1 lead, and responded to an 86 bull checkout from the Austrian by finishing 61 and double 16 to seal at least a point at 6-3. Suljovic hit back on double nine and then punished three missed match darts from Van Barneveld to force a deciding leg, but the Dutchman landed a timely 180 before completing a 13-darter for the win.

"Mensur's a top player and he kept fighting back," said Van Barneveld. "I got one chance and I took it in that last leg. "Last week I was happy to get a point after being 6-3 up but this week I knew I had to get the win when I was in the same situation, so I'm happy tonight. "It's nice to be in the top four, but this is only after two weeks." 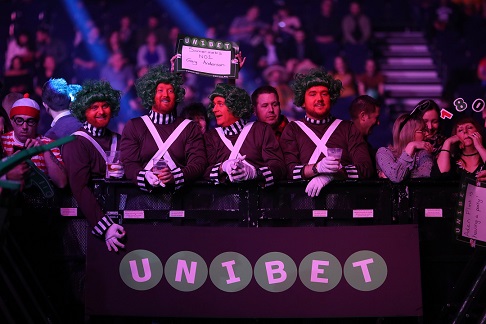 Gary Anderson picked up his first points of the season as he denied Gerwyn Price a winning Welsh homecoming with a 7-3 success.
The two-time Premier League champion has undergone further treatment for his back problem since losing out to Smith in Dublin last week, and was back to his heavy-scoring best against Price. The Welshman, appearing in a TV event in his home country for the first time at a sold-out Motorpoint Arena, led 2-1 early on as he took out 68 and 56, only to see Anderson finished 104, double 19 to break and tops to move 4-2 up. A 13-darter saw Price hit back, but Anderson responded in kind to restore a two-leg cushion, landing a maximum and tops to lead 6-3 and then posted double five to seal the points.

"It's good to get the points and I felt a lot better this week," said Anderson. "There were some good bits and some awful buts but I was more comfortable up there. "I'm lacking match practice but it's getting there. I'm a lot happier than I was last week - I was a bit jerky a couple of times tonight but now I'm moving a bit better I can get on the board a bit more."