MICHAEL VAN GERWEN retained his Unibet Premier League title with a stunning 11-4 win over Michael Smith at The O2 in London on Thursday, capping another remarkable triumph for the Dutchman.

Van Gerwen produced an incredible 112.37 average, the highest in this year's tournament and the second highest ever in a televised final, to win the Premier League crown for a third year in a row. The world number one beat Rob Cross 10-6 in his semi-final earlier in the evening to reach a sixth consecutive Premier League final, before clinching the 250,000 pound first prize, on top of a 25,000 pound league leader's bonus after topping the regular season's league table for a sixth straight year. 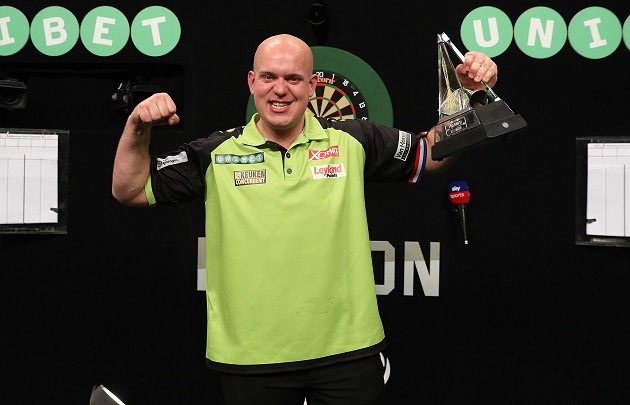 "I think I played a phenomenal game, one of my best ever," said Van Gerwen, who hit seven 180s in the final and 11 doubles from 16 attempts. "I know I had a big job to do to win the game but I was focused on doing something extra - I wanted to break the record average but I fell just short. "There was a lot of pressure on me to perform but I think I coped with it well and ran out a deserved winner. "I had to be at my best to beat Michael, he is one of the big boys now. "It means a lot to me to win this tournament, I had to work hard for this over the last 16 weeks and to win it again is amazing."

Van Gerwen was clinical on the doubles, hitting 11 from 16 attempts, and averaged around 120 for most of an unstoppable display. Meanwhile, Smith battled hard to keep himself in the tie, producing magnificent finishes of 125 and 104, along with six maximums. 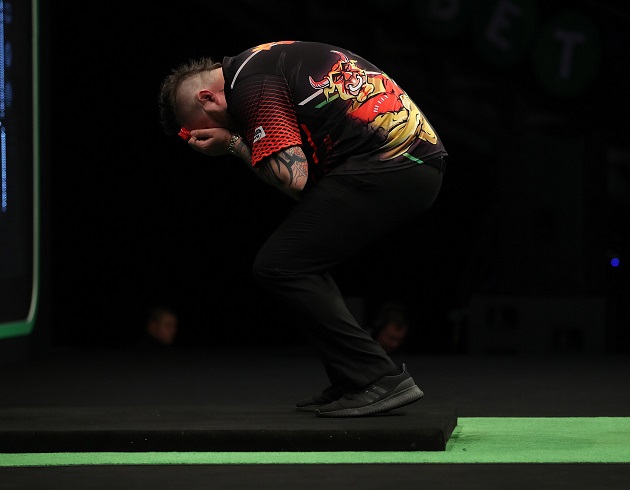 "I want to thank the fans and everyone who supported me," said Smith, who was making his debut Play-Offs appearance. "Michael was just too good tonight, I tried my best but it just wasn't enough on the night. "Even at 8-2 down I was battling to win legs, which I might not have done before this year when I might've thrown the towel in. "I will be back next year, determined to go one better and lift the title."

Van Gerwen got off to a flying start, firing in 12,12 and 11-dart legs to open up a 3-0 lead, before Smith calmed the nerves to register his first leg. The relentless Dutchman took out 25 after missing the bull for a 170 finish to lead 5-1, and then produced another 11-dart leg to surge into a 6-1 lead. Smith showed he wasn't done yet as he took out 125 on tops to trail 8-2 going into the final break of the match. The world number one resumed normal service after the interval to make it 10-2, before Smith pulled another two legs back to reduce the arrears to 10-4. Van Gerwen, though, sealed victory with a brilliant 112 finish to make it 11-4 and secure his fourth Premier League title in six years competing in the prestigious event. 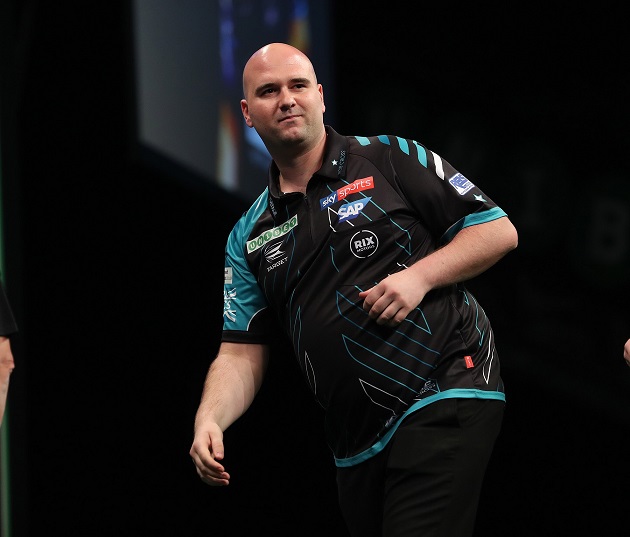 Earlier in the evening, Van Gerwen became the first man through to the final with a comfortable 10-6 win over Cross. The three-time Premier League champion fired in nine 180s as he threw an impressive 103.65 average to win through to his sixth consecutive Premier League final.
The Dutch star kicked off the night with a 180 in his opening visit as he hit a 12-dart leg to take a 1-0 lead, then both players exchanged holds of throw to make it 2-1. Van Gerwen went into cruise control over the next three legs to move into a 5-1 lead, averaging 111 in the process, before Cross have himself a lifeline with a first break of the Dutchman's throw in the match to reduce the deficit to 5-2. It didn't turn out to be the turning point that Cross was hoping for as Van Gerwen broke straight back to restore his four leg lead by pinning double ten. Relentless Van Gerwen hit his second 11-dart leg of the game, taking out 96 on double 18 to extend his lead to 7-2. Cross held throw to go into the break 7-3 down, and showed he hadn't given up yet as he broke the Van Gerwen throw on double 16 to reduce the arrears to 7-4. The world number one went within a leg of victory by taking out 128 for a 9-4 lead, before Cross held and then broke the Van Gerwen throw with a superb 118 checkout. The Dutch ace stemmed the tide as he broke the Cross throw with a 15-dart leg to seal his place in the final and end the reigning World Champion's hopes of glory at The O2.

"I feel like I might've tried a bit too hard early on in the match," said Cross, who was playing in just his fourth televised semi-final. "My first dart wasn't going right all night, which allowed Michael to run riot and do what he does best. "The Premier League has been a massive learning curve for me and I'm confident that I will do even better in the tournament next year if I'm selected. "This is still just the beginning for me, I've got so much more to give and I know that I will be back playing my best darts in the near future." 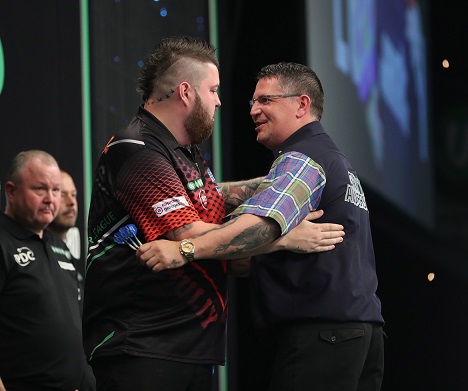 Smith claimed the biggest win of his career with an impressive 10-6 triumph over his close friend and mentor Anderson to reach his first senior televised PDC final. On his debut Play-Offs appearance, Smith smashed in eight maximums and two ton-plus checkouts to book his place in the final with Van Gerwen.
The St Helens star settled from the start, hitting a 100 finish to hold in the first leg, then doubling his advantage with another 15-dart leg to break the Anderson throw. The Scot broke straight back to halve the deficit, and then hit back-to-back maximums but missed chances to hold and the Englishman punished to lead 3-1. Anderson clawed his way back into the game, finding tops to break the Smith throw and trail 4-3, before finding tops again to level at 4-4. Smith edged closer to one of the biggest wins of his career, reeling off the next three legs to take a commanding lead, including a 120 checkout in leg 11. Anderson held to close the gap to two and trail 8-6, before the former World Youth Champion went one leg from glory with a 12-dart leg. An emotional Smith found tops to wrap up the win and set up a final clash with Van Gerwen, ending Anderson's hopes of a third Premier League crown in the process.

"Michael played a good game tonight and he deserved to win," admitted Anderson, who qualified for the Play-Offs for a fifth successive year. "The way I've played this year it was a bonus for me to reach the semi-finals. "I've had some good games and some bad games, but overall I think I did alright in this year's Premier League."

Smith's success in reaching the final sees him qualify for November's Bwin Grand Slam of Darts, where he had reached his only previous televised semi-final in the 2015 event.