RAYMOND VAN BARNEVELD completed a Rotterdam double as he won his Dutch derby with Michael van Gerwen 7-5 on Thursday as Gary Anderson moved second in the Premier League table. 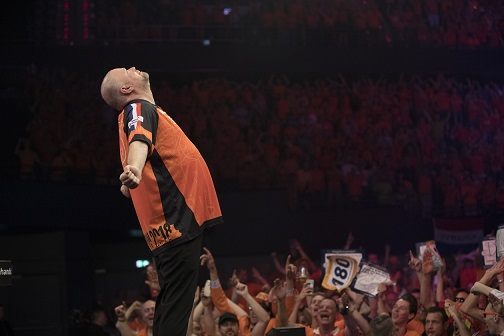 Five-time World Champion Van Barneveld had seen off Simon Whitlock to begin the Premier League's double-header at Rotterdam Ahoy on Wednesday. He returned to the stage on another sold-out night in his homeland to delight the orange-clad sea of Dutch fans with another outstanding display.
Van Gerwen had been bidding to bounce back from Wednesday's loss to Peter Wright, but was never able to recover from seeing his rival take a 3-0 lead in the early stages. The world number one took out 145 as he closed the gap to one leg, only to see Van Barneveld take out a crucial 81 on the bull to move 6-3 up and 68 to claim the win, after Van Gerwen missed the bull to snatch a point.

"To beat Michael here in front of this fantastic crowd is amazing," said Van Barneveld, who turns 51 on Friday. "On the practice board I was a little down but some good finishes helped me and the crowd gave me the energy. "I managed to lead the whole match and they were always behind me. They are amazing and will never let me down in Holland. "I was lucky to have another night in Rotterdam, so to 20,000 people I say a massive thank you. It's a nice little birthday present for tomorrow."
Van Barneveld sits four points adrift of the Play-Off places despite picking up two wins in Rotterdam, and said: "It's going to be very tough to qualify but I will never give up. I still have that belief." 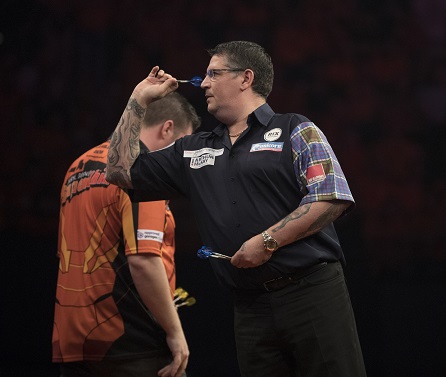 Gary Anderson completed a perfect two days in Rotterdam with a third victory of the week, moving himself closer to securing a Play-Off place with a brilliant 7-3 win over Daryl Gurney. Anderson had seen off Michael Smith - with a near-111 average - and Rob Cross on Wednesday, and averaged 109.73 as he left Gurney five points adrift of the top four.
The two-time Premier League champion took out 170 on his way to an early 3-1 lead, and when Gurney missed his chance to level in leg six the Scot pulled clear, landing an 11-darter before closing out the win.

"I've come away with six points and played quite well so I'm over the moon," said Anderson. "I said before we came out here that six points was my aim, and to get that is brilliant. "We've come across to Holland for two nights and played in front of 20,000 people, and it's absolutely amazing. "I thought this game couldn't get any bigger about five years ago but it obviously can, it's amazing how darts has grown." 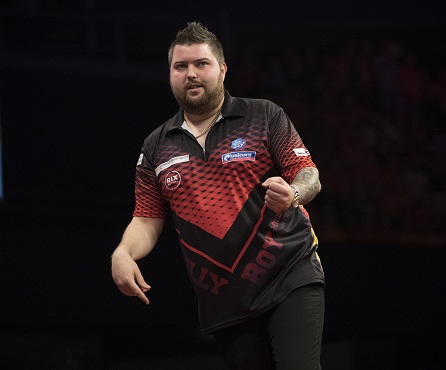 Smith bounced back from Wednesday's defeat to Anderson with a fine 7-1 win over Simon Whitlock as the former World Youth Champion consolidated his top-four spot. Whitlock won the opening leg, but paid for missed doubles in two of the next four as Smith - aided by a 160 finish - pulled clear, before landing a 12-darter and finishes of 65 and 86 to seal a big win.

"Yesterday knocked me back a bit but tonight I knew I had to win," said Smith, who finished 7/14 doubles in a strong display. "I was a bit nervous and feeling a bit under pressure but the 180s started flowing and the doubles weren't too bad. I'm a step closer to the Play-Offs now." 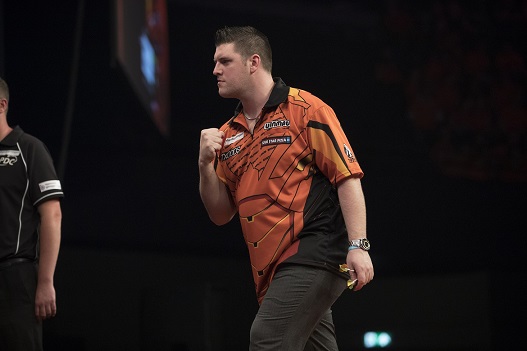 Gurney bounced back later in the evening with a fine display to see off Whitlock 7-1, averaging almost 100 and landing 50 percent of his darts at a double to sit three points adrift of the top four.
"I'm going to fight right until the end, until someone says I can't qualify, and the belief is still there for me," said Gurney. "I've absolutely loved the Premier League. "It's honestly the best thing I've ever played in, you play against the best players in the world and if you don't produce your best darts you're going to get beaten." 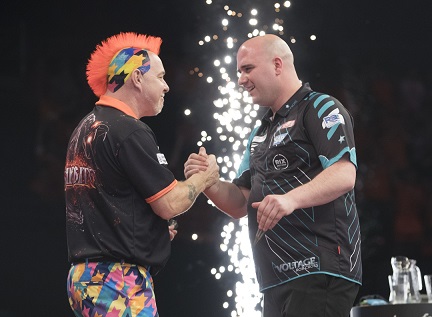 Rob Cross moved closer to securing his own Play-Off spot with a draw against Peter Wright as the pair both left Rotterdam with three points from the two nights. Cross led 3-0 following a superb start, which featured legs of 12 and 13 darts, and also held a 5-2 cushion before Wright hit back to level after ten legs. Cross punished a miss from Wright to land double four and secure at least a point at 6-5, only for the Scot to land a 180 and tops to share the spoils.

The Premier League continues on Thursday April 26 at The Manchester Arena, where both Van Gerwen and Smith will compete twice on the night.