RAYMOND VAN BARNEVELD'S Unibet Premier League Play-Off hopes suffered double despair as he lost twice in Sheffield, on a night which saw Michael van Gerwen extend his lead at the top of the table. 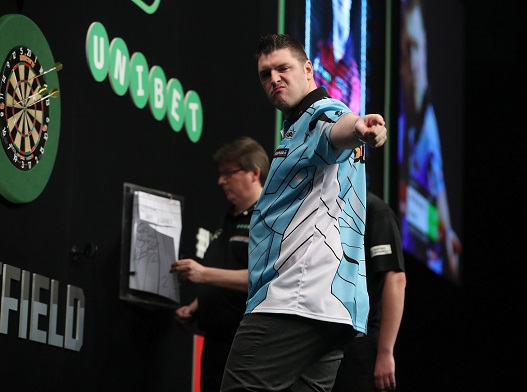 Van Barneveld opened the night at The FlyDSA Arena with defeat to Daryl Gurney, who made it six matches unbeaten in the Premier League after a superb 7-3 win. The World Grand Prix champion averaged 103.04 and hit five maximums on his way to condemning the Dutchman to his third consecutive defeat.
Gurney opened the match with a break of throw before a stunning 158 checkout from Van Barneveld levelled the match. The former Premier League Champion held his own throw to lead 2-1 but Gurney then put together a run of five consecutive legs, including a 121 checkout to move a leg away from the win. The 32-year-old eventually came through a 7-3 winner, with the two points moving him up to fifth in the league table.

"I'm really happy with the result," said Gurney, who became a father for the first time last Thursday. "As long as I got something out of the game I was going to be pleased as I've not had much practice over the last week. "I'm a big practiser so it does have an effect, but I got the job done. The 121 hurt him and you could see that in the next leg, and it was important for me at that time in the match." 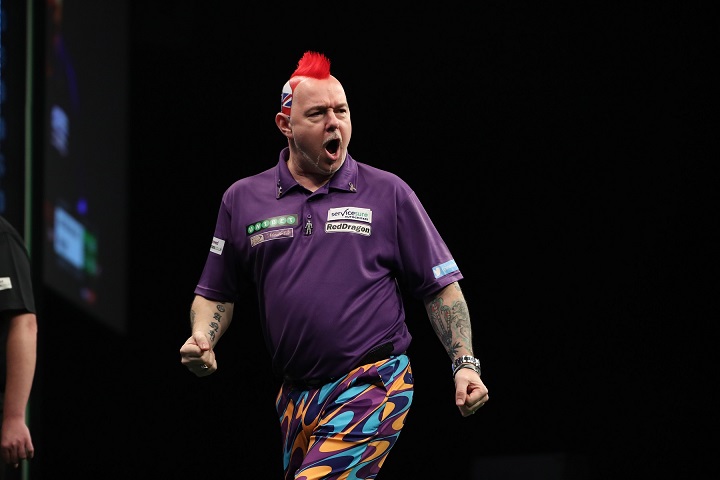 The last match of the evening saw Van Barneveld then return to the stage to take on basement rival Peter Wright, who had narrowly avoided elimination on Judgement Night.
The Scot had not tasted victory in the Premier League since Night Two when he defeated Van Gerwen, but the 2017 finalist got back to winning ways against a lacklustre Van Barneveld. A stunning 132 checkout on double 16 in leg five was the highlight of a comfortable victory for Wright, who also took out 107 on the way to a 7-2 success. The two points mean that Wright is now level with his Dutch opponent and only three points behind the Play-Off places as the race to secure spots at The O2 continues.

"It's great to get a win again," admitted Wright. "You could see Barney was struggling but I got the points in the end and that's all that matters. "It's make or break for us but I still believe I can make the Play-Offs." 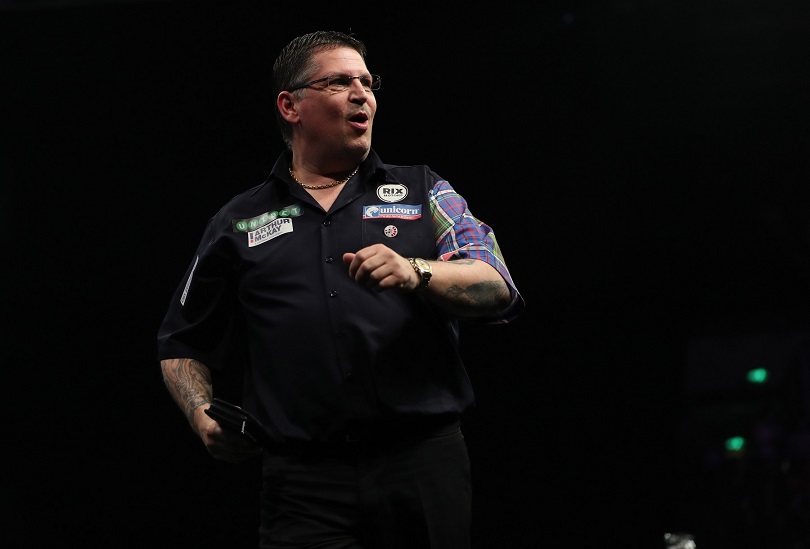 In his first of two games on the night Wright took on fellow Scot Gary Anderson, and it was the two-time World Champion who moved into Play-Off contention following a comfortable 7-2 win.
Four 180s contributed towards an average of 104.32 for Anderson as he recovered from last week's defeat to Rob Cross in style. The world number four raced in to a 5-0 lead, which included a 144 checkout, and eventually ran out a 7-2 winner for a fourth victory of the season.

"I've struggled a bit on doubles recently but it was nice for the finishes to go in tonight and I'm happy with how it went," said Anderson. "Every two points can make a difference "The first aim is just getting past elimination but now there's seven more games and a lot of points to play for, so you've got to take everything you can get. "You want to be around the Play-Off places because if you're at the bottom then it's going to be hard to claw your way back up, so I'm doing alright." 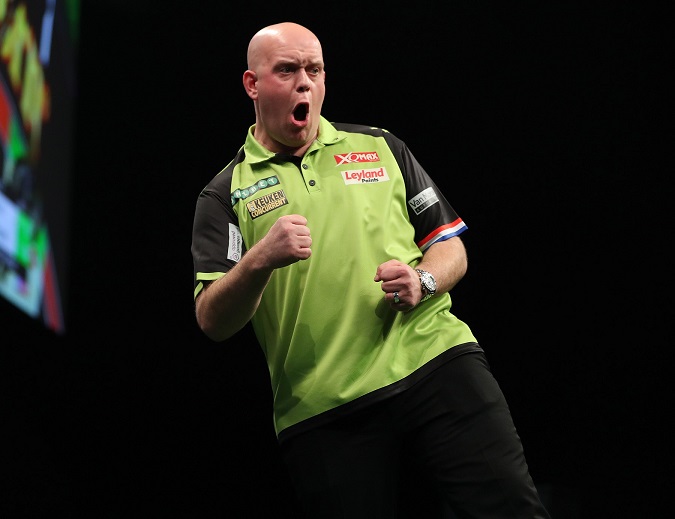 Michael van Gerwen extended his lead at the top on the Premier League table to four points by romping to a 7-1 victory over Simon Whitlock, his most comprehensive victory of the season. A 102.37 average and four maximums was easily enough to see off the Australian as the world number one put together a run of seven consecutive legs to secure the two points as he heads to Rotterdam in fine form.

"I'm looking forward to Rotterdam next week now, I'm in good form and feeling good," said Van Gerwen. "It's another two points for me and I think I played a steady game and had some good finishing, so I can't complain. "It wasn't easy, especially at the beginning because Simon played well but you have to be strong and that's what I did, especially with my finishing. The 121 and 106 were important and they came at lovely moments. "I was still above the 100 average and you want more - I was at 108 for most of the game - but I got the win and that's the most important thing. "I want to be in the semi-finals and to be top of the table so I hope I can do some more great things in the next six games." 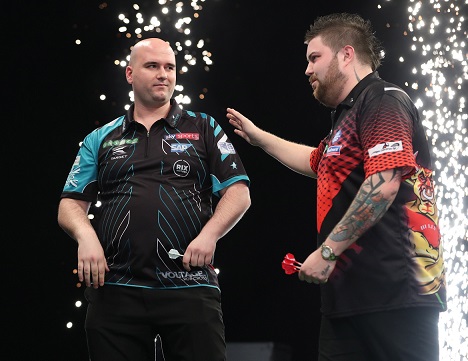 The night's other game saw World Champion Cross draw level with Michael Smith in the table after beating the St Helens man 7-5 to claim a seventh win in his last eight matches.
Smith had won his previous two matches but saw the World Champion draw level on 14 points courtesy of a 106.26 average. Cross began the match taking out 107 to break the throw before Smith fought back to eventually level at 2-2. The Hastings thrower then turned on they style moving in to a 6-3 lead before a fightback from Smith took the match in to a deciding leg. Cross, though, held his nerve in the decider to secure an important two points. The 27-year-old, who is in his debut season in the Premier League, remains three points clear of Anderson and Gurney as he looks to claim a spot at The O2 in May.

"It was a massive win," said Cross. "I knew it was a big game coming into the night and I really enjoyed the game. "I felt like my old self. I was oozing with confidence and it's nice to be like that, and I want to stay focused now and keep winning. "I switched off in the last couple of legs but Michael never goes away. I had a chance to win it and missed but I really focused in the last leg and got over the line - I didn't panic." 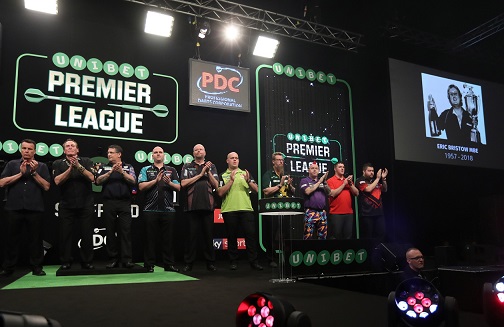