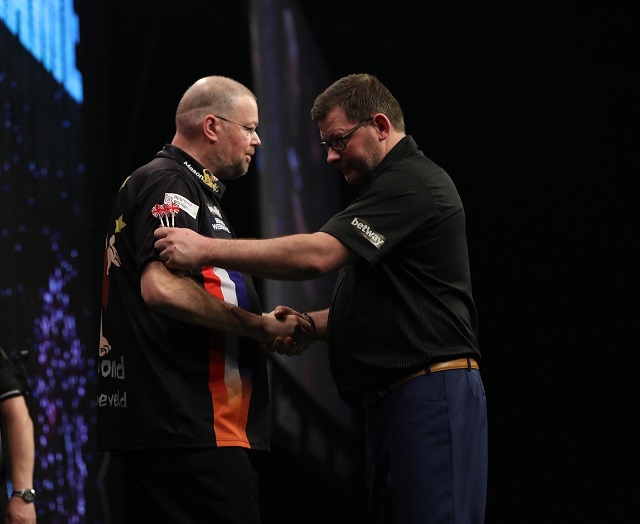 Dutch star Van Barneveld, the 2014 Premier League champion, has risen into the top four with his recent run of form to claim three straight wins, and continued that with a ruthless display against Wade.
Van Barneveld limited Wade to just one dart at a double as he won the opening five legs without reply, before the left-hander finished 36 and 70 to take two of the next three. However, the Dutchman - who had claimed his sixth leg with a superb 12-darter - took the ninth on double seven to secure another two points in his bid to secure a Play-Off spot in May.

"That's four wins on the trot so I'm very happy," said Van Barneveld. "It's so tight in the league table so I had to focus and you have to play well against everyone. "James didn't play as well as he could and I was surprised at that but I'm happy with the win." 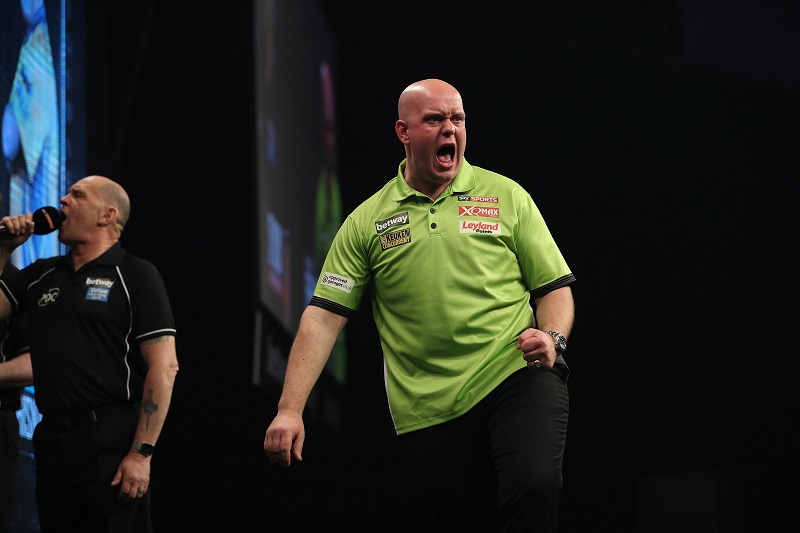 Reigning Premier League champion Van Gerwen returned to the top of the table with an impressive 7-1 win over Dave Chisnall, averaging 104.25 and hitting 50 percent of his darts at a double.
The Dutchman had lost his first game of the season a week ago against Van Barneveld, but showed no mercy as he defied five 180s from Chisnall with a dominant display.

"I had to play well tonight and I'm happy that I did," said Van Gerwen. "The pressure was on me because I want to be back on top of the table where I belong and where I've worked hard for. "When you lose a game, like last week, you're upset but tonight I enjoyed it again. I'm a happy man and I'm already looking forward to next week." 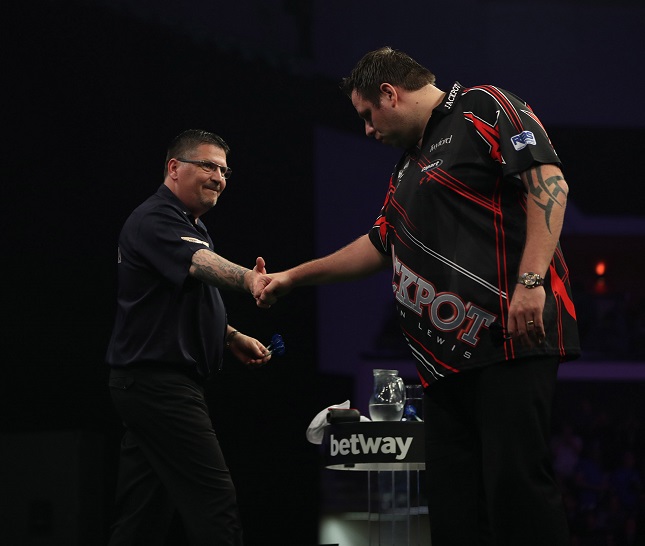 Two-time Premier League winner Anderson hit finishes of 143 and 170 in a superb 7-3 win over Adrian Lewis, averaging 107 as he came from 2-1 down to claim his third win in four games.

"I didn't think the performance was as good as the average, but I'll take it!" said Anderson. "There were some good scores and some bad scores - the 170 felt like it came from nowhere and I took out the 143 too. "We all want to get into the Play-Offs. When the tournament starts you don't want to be in the bottom two, and once you get past tonight it's a fight for the top four and everyone's trying for it." 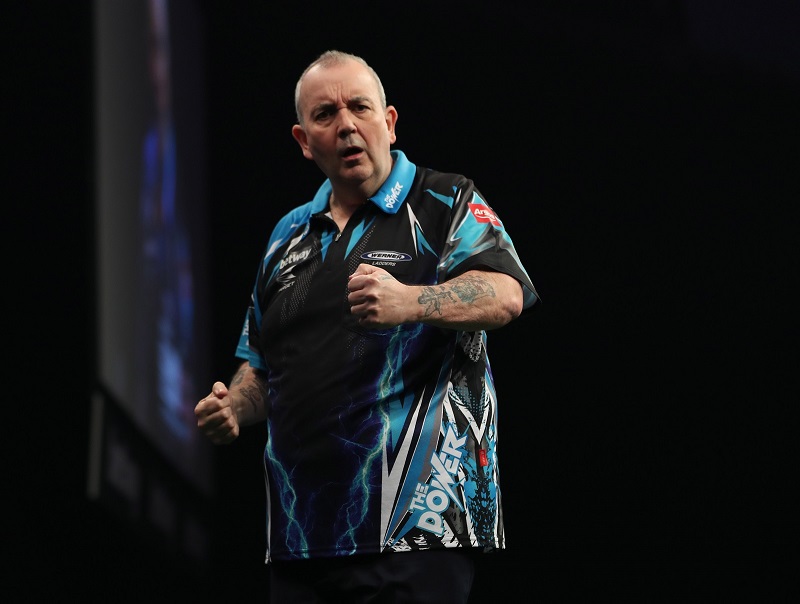 Six-time Premier League champion Taylor also had to come from behind before he saw off Jelle Klaasen 7-5 in a deciding leg. Klaasen - who had been eliminated before his ninth league match - raced into an early 4-1 lead before Taylor, aided by an 11-darter, turned the game around to claim his second successive win.

"It's another two points for me and they could all prove crucial at the end of the season," said Taylor. "It could prove the difference for getting into the Play-Offs - if I'd lost I think I'd have struggled to qualify. "I think Jelle's injury affected him, at the beginning he was faring well but during the game he was struggling and he wasn't the same player. Fair play to him, it must be very frustrating but he's battled on." 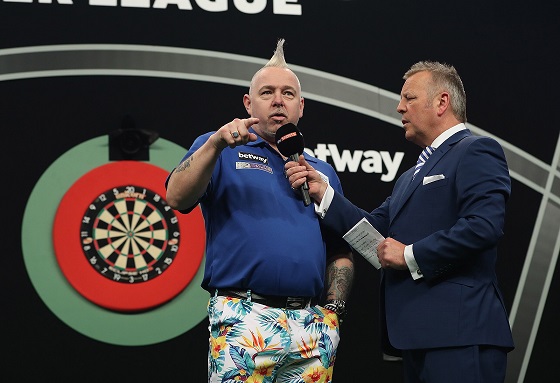 The night had seen just eight players in action, with Kim Huybrechts - who had already been eliminated - absent to remain in Belgium with his terminally ill mother, meaning that Peter Wright was awarded a 7-0 victory in his intended opponent's absence.

"All our thoughts are with Kim and his family," said Wright, who made an appearance on stage in front of the sell-out Cardiff crowd before the event and signed autographs for fans. "You have a fantastic crowd in Cardiff, the atmosphere is amazing and I'm gutted that I'm not playing. I was looking forward to trying to win tonight but unfortunately I've got to get back on the practice board." 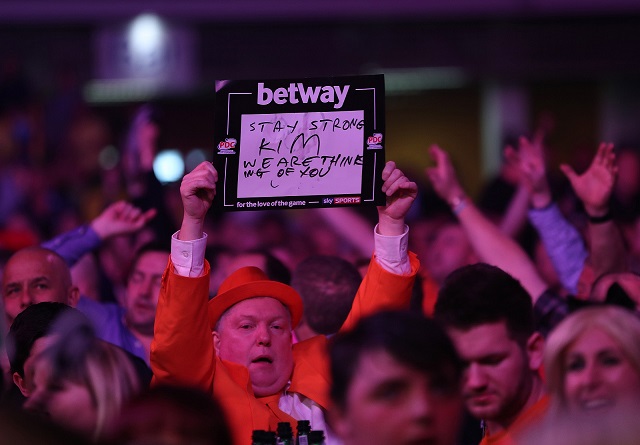