PHIL TAYLOR maintained an unbeaten start to his final Betway Premier League season with a classy 7-4 win over great rival Raymond van Barneveld at Leeds' First Direct Arena on Thursday, as Michael van Gerwen and James Wade kept pace at the top of the table. 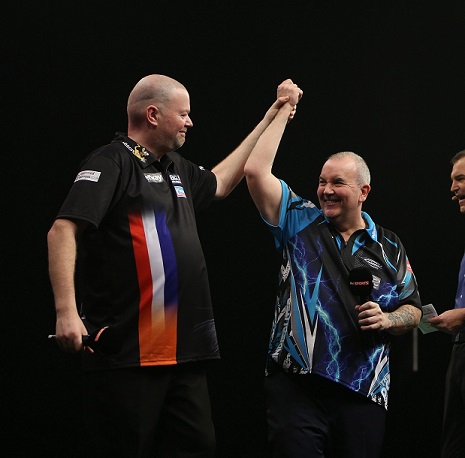 With Taylor poised to retire at the start of 2018, the meeting with Van Barneveld - their 26th in the Premier League - marked the beginning of the end of arguably the sport's greatest rivalry.
The contest lived up to the billing as the pair enjoyed an entertaining tussle, with Van Barneveld firing in a ten-darter to level in leg four as the pair shared the opening six legs. Taylor then finished 85, 63 and 120 to claim the first break of throw as he moved 6-3 up, with a 107 finish from Van Barneveld ensuring some nervous moments for the 16-time World Champion before double 16 secured the points.

"It's one of the best venues we play in and it was fun, it was a good game," said Taylor. "It was a strange game and at 6-3 up I was happy to have got the draw because he was finishing well. I think we've had the best rivalry there's been in darts and I'll miss playing him. It's going well so far and I've got the right darts, these are perfect for me now." 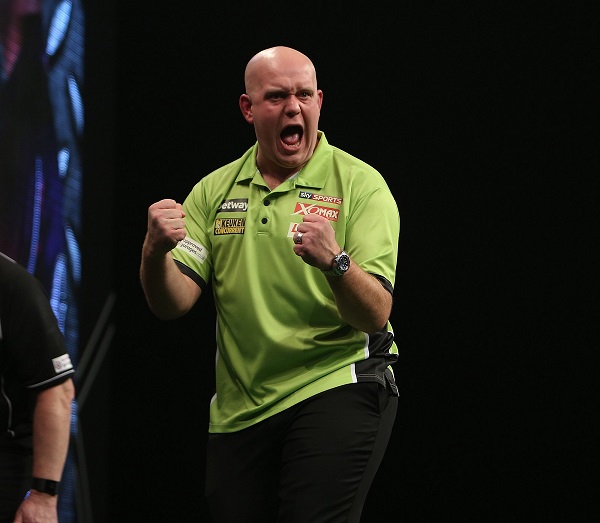 World Champion Van Gerwen continued his Premier League title defence with a 7-4 win over Dutch rival Jelle Klaasen, who remains without a point following three weeks.
Klaasen, though, gave the world number one a fright by coming from 2-0 down to lead 3-2 with the aid of an 11-darter, but Van Gerwen hit back to lead 4-3 before claiming the final three legs without reply for his second win of the season.

"I think I deserved to win the game but we were both trying too hard," said Van Gerwen. "I threw a couple of good scores at the right moment and hit a few doubles with my last dart a few times. I'm at the top of the table and I can't complain. I haven't played my best yet and there's more to come. I feel great and I still averaged 102.7, which is not bad." 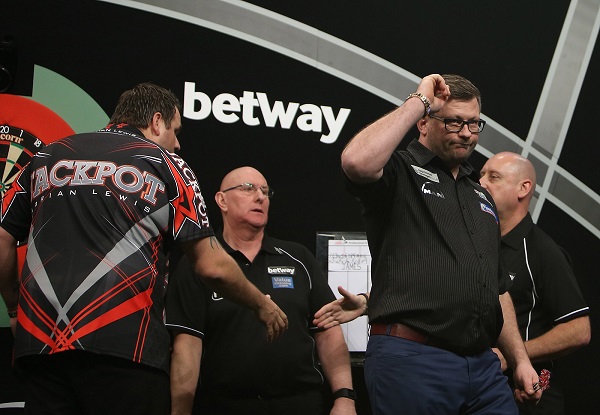 2009 Premier League Champion also sits on five points following three weeks after he came from 4-3 down to defeat Adrian Lewis 7-4, benefitting from a brilliant mid-game surge.
Following a cagey opening, which included a 121 bull finish from Wade, Lewis backed up a 180 with a superb 71 checkout for a 4-3 cushion. Wade, though, levelled as he followed a maximum with a 94 finish for a 12-darter, before taking out back-to-back 11-darters as he pulled clear for the win.

"It's very nice to get a win," said Wade. "It wasn't as comfortable as you'd want but you know that Adrian can turn it on, he's one of the best in the world so a win like this is massive. The legs of 12, 11 and 11 are probably the best I've strung together this season so far. I was a bit lazy but I'm taking players for granted when they're not playing their best." 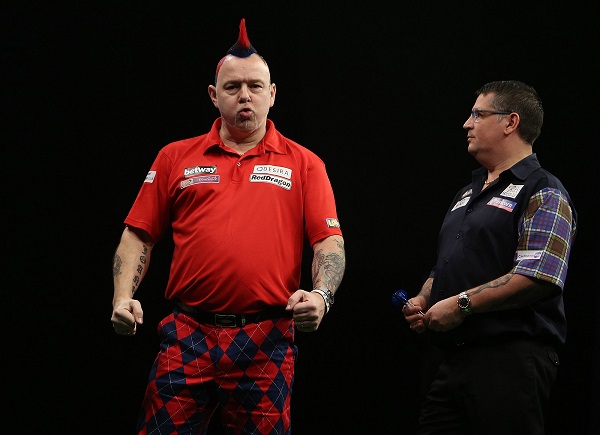 Peter Wright leap-frogged Gary Anderson in the league table with a brilliant performance as he averaged 109 and took out four ton-plus finishes in a 7-5 win over the double World Champion, who 106.59 in reply.
After Anderson won the opening leg, Wright took out two 116 finishes and a 121 combination to move 3-1 up before checking out 120 for a 4-2 cushion. A 14-darter from Anderson, featuring two 180s, saw him hit back but even six perfect darts in leg eight were not enough for the world number two as Wright fired in another 12-darter to regain his lead. Anderson hit back with an 11-darter and a 110 checkout to force a deciding leg at 6-5, but Wright was first to a finish as double ten sealed his second victory of the season.

"I'm pleased to get the win," said Wright, whose 109.48 average was his highest in the Premier League. "I think I can play better, but it was a win. I was disappointed with how I played against Michael van Gerwen last week, and I've let players in with my mistakes but I'm learning and I didn't let Gary back in tonight." 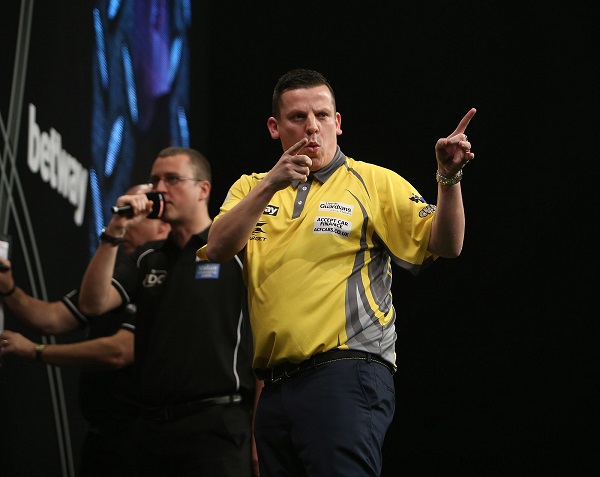 The night's other game saw Dave Chisnall pick up his first victory of the season with a 7-4 defeat of Kim Huybrechts.
Chisnall hit back from a leg down to lead 2-1 and 5-2, with key finishes of 78 and 68 breaking the Belgian's throw before Huybrechts took out 66 to stay in touch at 5-3. Chisnall, though, fired in a sublime 141 checkout to secure a minimum of a point before closing out the win with a 14-darter.

"I scored well and I finished quite well, so I'm pleased," said Chisnall. "For the first two weeks I was poor but I felt good all week and produced it up there, and I'm happy."