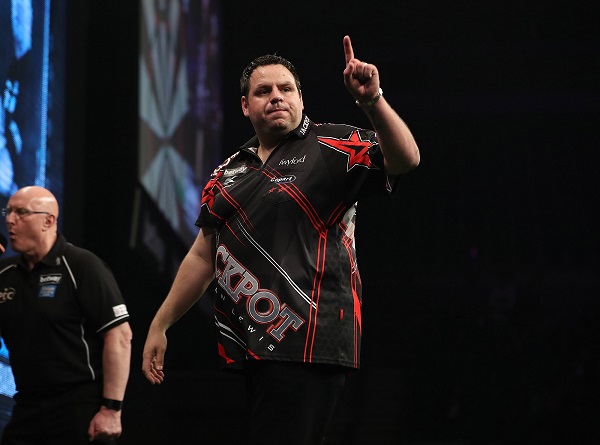 The Stoke superstar put himself in line for a 15,000 pound bonus as he achieved perfection for the fifth time on TV - and third time against Van Barneveld on the big stage - with a moment of magic at the Echo Arena.
Lewis had already taken out a 140 finish as he led 2-0, with Van Barneveld having taken out 128 to reply in leg three before opening the fourth with a 180. Lewis replied in kind before adding another maximum, and then took out the 141 finish to complete the eighth nine-darter in the history of the Premier League - and the first since his own perfect leg against James Wade last April. Van Barneveld pulled back from 4-1 down to trail 5-3, but Lewis went on to seal his sixth win of the season by taking out 81 on the bull, ending the match with a season-best 111.52 average.

"It's really special and a great feeling," said Lewis. "I've been threatening a nine-darter for the last couple of weeks in the floor tournaments and tonight I was determined not to miss it. "The nine-darter's great but to get the win was important too. I knew I had to put in a performance and tonight I've come out a champion. "Ray's been on a purple patch and even after I hit the nine-darter he was digging in and keeping me under pressure. It keeps me in the mix for the Play-Offs, I've won five games out of six and it's brilliant." 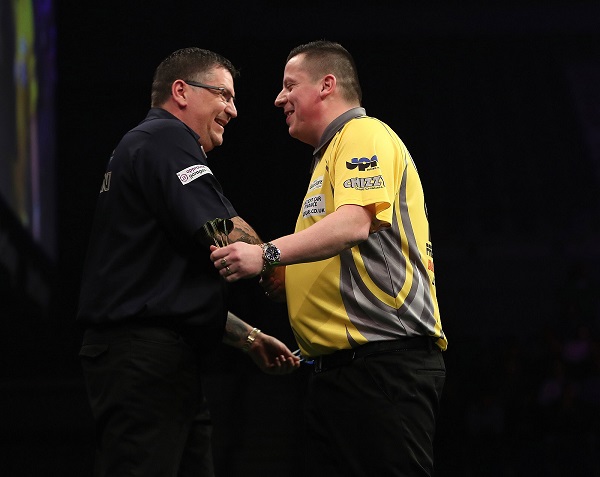 Two-time Premier League champion Gary Anderson moved up to third in the league table as he claimed three points in Liverpool with a draw against Chisnall and a sensational 7-2 defeat of Peter Wright.
In the night's opening game, Anderson snatched a draw with Chisnall in a dramatic deciding leg as the Merseyside thrower missed seven darts for victory. Anderson had hit back from 3-1 down with four straight legs to lead 5-3, only for Chisnall to hit two 180s in an 11-darter to respond and finishes of tops and 74 to move 6-5 up. Chisnall then scored 180, 121 and 180 to leave 20 after nine darts in the final leg, only to miss seven darts at doubles for the win, allowing Anderson back in to hit double ten and share the points.

"I thought the game deserved to be a draw," said Chisnall. "Gary missed a few doubles earlier on and I did at the end - I could have nicked it, but that's darts. "It's swings and roundabouts in this game, and if you don't hit the double you don't win. It was just that one leg at the end that cost me. "I'm happy with a point and I still believe I can qualify - there's five games left and if I win all them and the other results go my way then you never know." 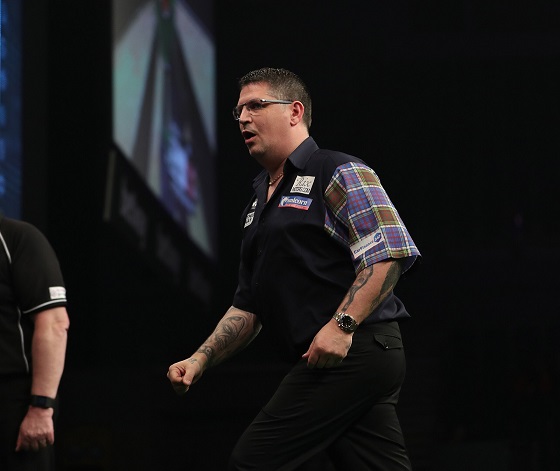 Anderson, though, was in top form as he defeated high-flying Wright with a 113.44 average in a ruthless display to record his highest average of the season.
Wright had taken out 116 to win the opening leg with a 12-darter and also led 2-1 before Anderson turned the match with successive 12-darters, before following a 14-darter with a ten-dart finish to lead 5-2. A 126 bullseye finish secured a minimum of a draw, before he landed a sixth 180 in a 13-darter to complete a brilliant performance as he moved up to third place, just a point behind Wright.

"It's been a good night," said Anderson. "I scraped a point against Dave but I played well there against Peter. "I was lucky against Chizzy at the end. I was 5-3 up and hit a wall but he missed and I pinched a point and I was happy with that. "In the last game I think I played alright. Sometimes you know they're going to go in when you let go and it felt good, it felt like they were going the way they should be." 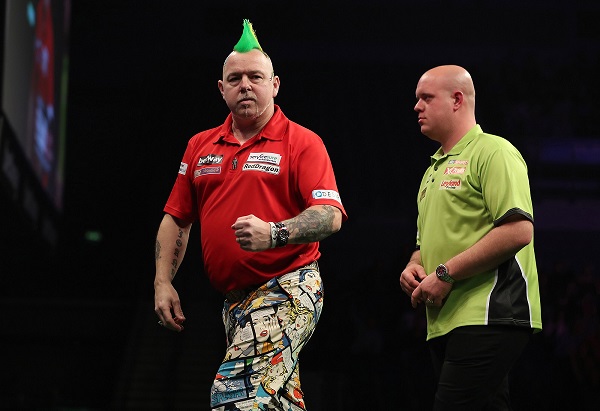 Earlier in the evening, Michael van Gerwen came from 3-0, 5-1 and 6-3 down to claim a draw with Wright in a dramatic finale to their contest, as the UK Open champion missed two match darts across the last three legs.
Wright had punished missed doubles from the Dutchman in the opening three legs as he took leads of 4-0 and 5-1, and he secured at least a point by moving into a 6-3 advantage. A missed tops for a 160 finish in the tenth leg allowed Van Gerwen to keep his hopes alive before the reigning champion took out an 11-darter to force a deciding leg. The pair were neck-and-neck as they battled out a thrilling finale, with Wright missing double 16 to complete a 62 finish to allow Van Gerwen in to take out 68 as he claimed a point.

"I should have had two points," said Van Gerwen. "One point is not enough and if you don't win you always need to make sure you're frustrated with yourself. "At the beginning of the game I missed doubles - I could have been 2-1 or 3-0 up - so after that you are happy to get a point. I can only blame myself, I played rubbish." 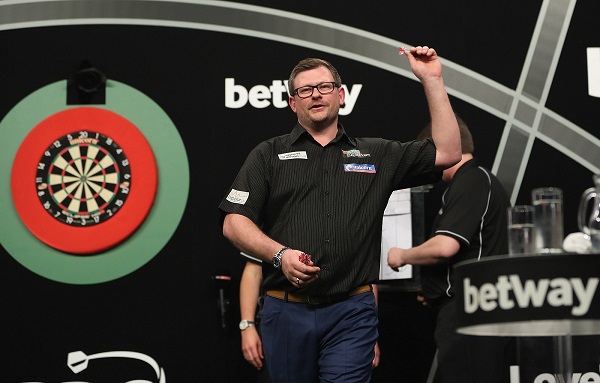 James Wade kept his Play-Off hopes alive by defeating Phil Taylor 7-5, ending a four-game losing run by taking the final three legs against the legendary 16-time World Champion.
Taylor twice led by two legs, at 2-0 and 5-3, but Wade crucially punished five missed doubles from his opponent in a key ninth leg, levelled on double six and then took out 120 before sealing victory with an 87 finish for back-to-back 12-darters.

"It's hard when you're struggling and I tortured myself for 80 percent of the game," said Wade. "I've given a few games away and I'm where I am because I haven't played well enough. "Phil played poorly and I made the most of it, but I've been practising hard and that showed in the last few legs."