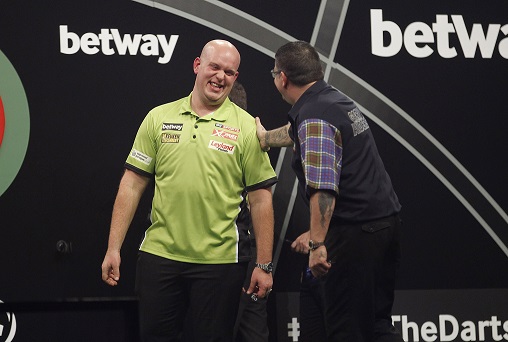 Reigning Premier League champion Van Gerwen saw his 32-game winning run ended as Anderson produced a gutsy fightback from 2-0 and 3-1 down in front of a sell-out 7,000 crowd at the Metro Radio Arena.
An explosive opening from Van Gerwen saw legs of 12, 13 and 11 darts put him in command before Anderson produced a superb 130 checkout to level at four-all and a 13-darter to move 5-4 up. Van Gerwen hit back with a 14-darter in the tenth before Anderson secured a minimum of a point with a 114 checkout, but the World Champion took out 68 in the decider to share the spoils.

"I'm happy with a point and it was probably the right result," said Anderson, who averaged 103 to his rival's 107.94. "He broke me at the beginning but he started to miss and I hit a couple of good checkouts. It's a long time since I got nerves on stage but when I got in front my heart was pounding! This is the first night though and a lot can happen in the next 16 weeks, but we're all here to win it."

Van Gerwen - whose last defeat came in October - admitted: "Of course I'm disappointed with the draw, but I think I was the better player. Gary's finishing was very good at the right moments and I have a lot of respect for that, but I think I have more in me and I didn't really show it. It was a good game but next week I want to get two points." 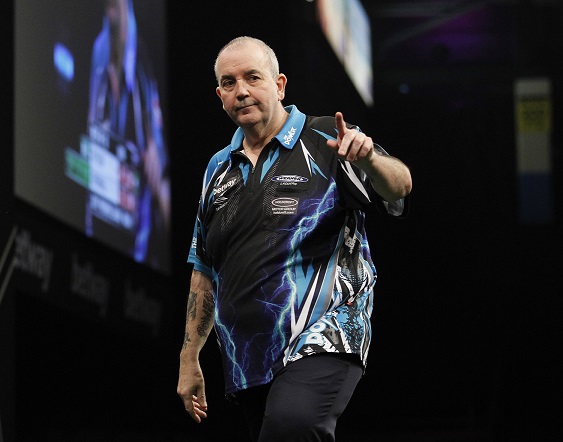 Six-time Premier League champion Phil Taylor began his final season in the tournament with a 7-3 defeat of Dave Chisnall, who never recovered from seeing a slow start punished as the 56-year-old moved 4-1 up.
Chisnall's first leg had been an 11-darter, and he then took out 160 and 134 to hit back to 5-3, but Taylor followed an earlier 121 bull finish with a 118 checkout before sealing victory by taking out 75.

"It was a bit scrappy but it's good to get the win and the two points on the board," said Taylor. "We both his some great finishes, the 121 was lovely and the 118 was great too. It's massive for me because every point will be crucial this year. It's my last Premier League and I'm determined to enjoy it." 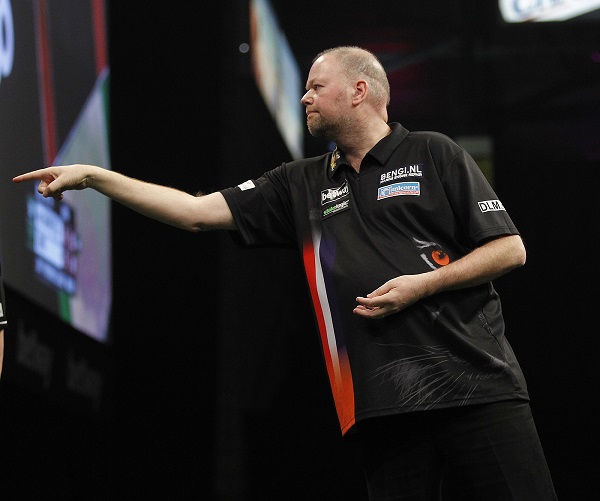 Raymond van Barneveld, the Premier League champion three years ago, came from 4-1 down to defeat Adrian Lewis in a deciding leg, as the two-time World Champion missed three darts to snatch a draw in a dramatic finale.
Lewis capitalised on eight missed doubles from the Dutchman to win the opening two legs and, after a 14-darter got Van Barneveld onto the scoreboard, finishes of double 14 and double 17 gave the Stoke thrower a three-leg cushion. Lewis, though, missed doubles in the next two as Van Barneveld hit back before the five-time World Champion finished 81 to level and double 18 to lead 5-4. Lewis levelled with a 14-darter before the pair traded 180s in leg 11, which Van Barneveld took with an 84 checkout before being handed a reprieve for his missed bull for a 170 finish in the decider when Lewis was unable to finish 36.

"When you're 4-1 down you'd take a draw but Adrian missed those darts at the end and let me in," said Van Barneveld, who averaged almost 100. "When I missed the 170 I thought I'd lost it but it's a weird game sometimes. It's a good two points and I'm happy because if you start with the two points you can't do any better than that." 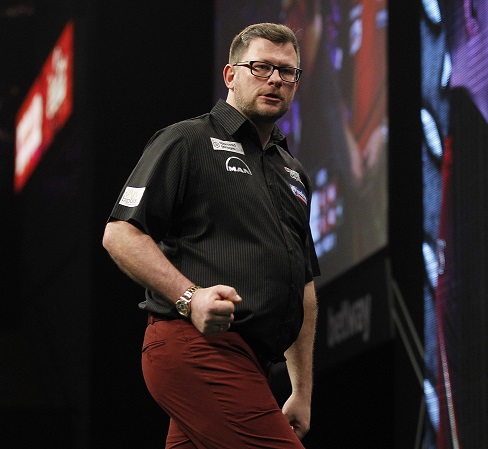 2009 Premier League champion James Wade made a winning start with a strong display to defeat Kim Huybrechts 7-5.
The Belgian, returning for his second Premier League season, hit back from 2-0 and 3-1 down to level only to then miss his chance to move ahead in leg seven. A second 96 finish of the game saw Wade regain the advantage, and despite a 134 finish from Huybrechts it was the left-hander who closed out victory with the aid of a 180 in the deciding leg.

"It was steady but I got the job done," said Wade. "I tend to be active on my legs but lazy when my opponent has the throw, but I was strong on Kim's throw tonight. It's brilliant to get back on the Premier League stage and the crowd were fantastic." 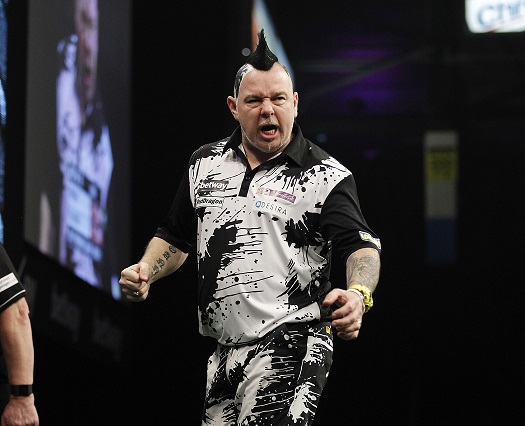 Peter Wright was the night's other winner as he edged out Jelle Klaasen 7-4 as the Dutchman returned to the Premier League stage for the first time since 2009.
After a 120 finish gave Wright an early 2-1 cushion, Klaasen hit back with finishes of 76 and 68 to lead 3-2 and remained locked at four-all in a tight contest. Wright, though, capitalised on missed doubles from the former Lakeside Champion in two of the final three legs to pull clear and claim the two points.

"I missed too many doubles and didn't score like I want to, but I got the win and that's all that counts," said Wright. "Jelle has really improved in the last two years and deserves to be back in the Premier League, but it was a game of missed doubles tonight and we'll both be better for this."