DAVE CHISNALL and Michael Smith were eliminated from the Betway Premier League with narrow defeats to Peter Wright and Phil Taylor on Judgement Night in Cardiff, as Robert Thornton completed his great escape.

Scottish star Thornton had picked up just one point from his opening six matches, but after claiming up a win and a draw to move off the foot of the table a week ago in Liverpool the World Grand Prix champion's survival was complete when his basement rivals both lost 7-5 at the Motorpoint Arena. 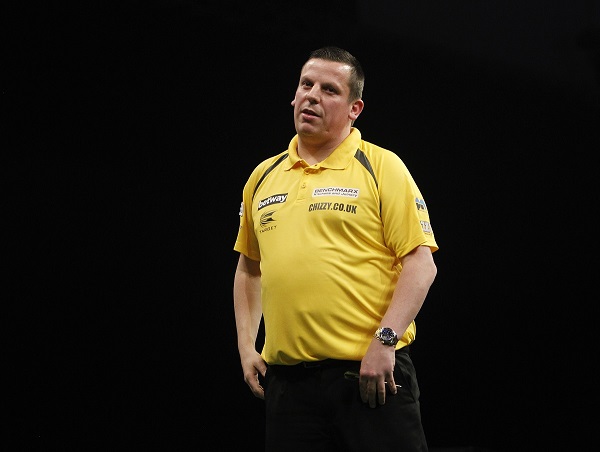 Chisnall never recovered from seeing Wright take an early 3-1 advantage in their clash, and though he took out 101 and 102 to stay in the hunt was unable to prevent the world number five claiming victory with a 13-darter in the game's deciding leg.
Chisnall had picked up three points in the opening three weeks, but suffered six straight defeats from there as he followed up last year's run to the semi-finals with elimination this time around.

"I gave it my best but I didn't get the win tonight, the best player won and I deserved to get knocked out," said Chisnall. "I've had chances for draws this season which I've not taken and I've got to learn from it. It's very competitive and this year I've tried my best but it's not worked out for me. It's frustrating but I wasn't good enough and I'll work on it." 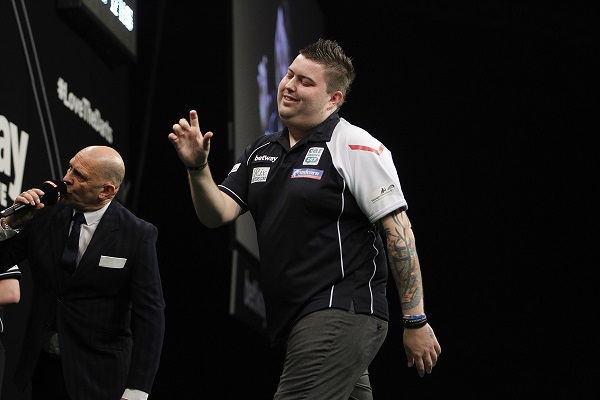 Former World Youth Champion Smith, meanwhile, was also knocked out on Judgement Night in his debut Premier League season after twice missing a dart at a double to claim a point from his clash with Phil Taylor, who took out 80 and 124 - on the bull - to win the final two legs for a 7-5 win.

"If the darts at the bull or tops had gone in I could have won 7-5 but that's life," said Smith. "I think I deserved something from the match but I didn't get anything. I'm down because I lost but I'm not down as a player. I've got to work hard now and hopefully get back into the Premier League next year." 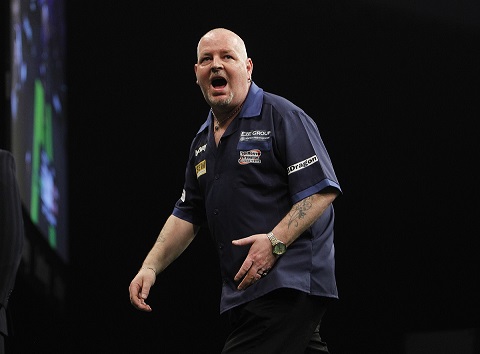 Thornton was able to take to the stage for his contest with Lewis without the pressure of the elimination battle, as the Stoke ace punished missed doubles from the Scot to claim a 7-4 triumph.
Thornton, though, said: "I think I did the damage last week by getting the three points and the pressure was on Michael and Dave tonight. Once they had got beaten I could relax and enjoy my game because there was no pressure. My doubles didn't go tonight but I'll be back for the next few weeks and anything could happen now. I'm looking forward to the next six weeks and I'm not going to give in lightly." 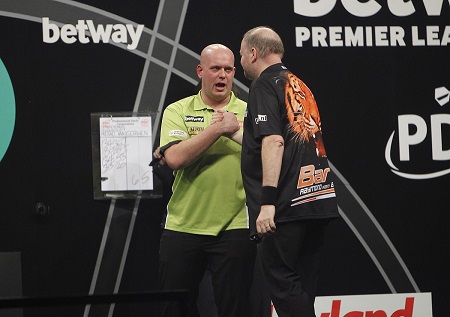 The night in Cardiff - held in front of a sell-out 4,000 crowd - saw the two other matches end in a draw as reigning champion Gary Anderson shared the spoils with James Wade before Dutch rivals Raymond van Barneveld and Michael van Gerwen had to settle for a point apiece.

World Champion Anderson was punished for missing 13 doubles in the opening five legs as he found himself 4-1 down to 2009 Premier League winner Wade, but after hitting back to lead 6-5 he then missed one dart for victory in the game's deciding leg.

"At the end of the day it's a point but my doubles were atrocious early on," admitted Anderson. "I got back into the game, broke James to go 6-5 up and then had a shot for the win - but James took advantage of my missed doubles and fair play to him."
Wade's 62 finish in the decider saw him grab a point, and he said: "It's a point gained, but I believe it was also a point lost. I didn't expect Gary to play like he did early doors and I probably took my foot off the gas and let him get back into it."

World number one van Gerwen drew for a third successive week as he hit back from 4-1 and 6-3 down against van Barneveld, who missed one match dart in leg 11 before seeing his rival take out back-to-back 13-dart finishes for the draw.

"It's a point and I played well but I missed that double 16 for the win and it was crucial," said van Barneveld. "If you don't hit your doubles you get punished and that's what Michael did, but it was a good game." 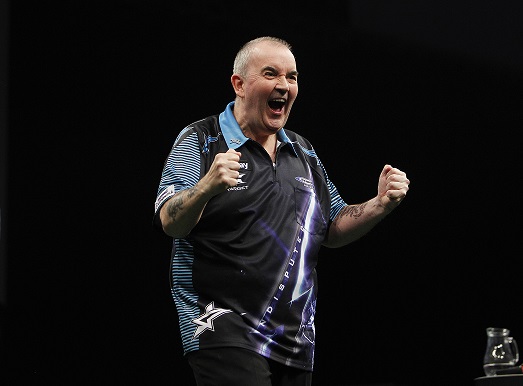 Taylor's win means that the six-time Premier League winner is now a point clear of van Gerwen and Anderson at the top of the league table as he bids to retain to the Play-Offs after missing out on a top-four finish for the first time last season.

"It was a strange game but it's another win and I think a couple more wins now will make sure I'm in the Play-Offs," said Taylor. "Michael gave it his best shot and he didn't give in, but it's a learning curve for him."