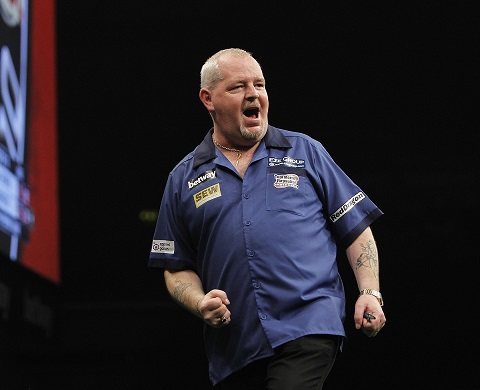 ROBERT THORNTON threw the Betway Premier League elimination battle wide open by defeating Michael Smith and drawing with Michael van Gerwen in Liverpool on Thursday, as Gary Anderson joined a three-way tie at the top of the table.

World Grand Prix champion Thornton doubled up at the Echo Arena to play his game in hand after missing the league night in Newcastle last month through illness.
The Scot entered the night two points adrift at the foot of the table, but after defeating Michael Smith 7-5 in his opening game - his first victory of the season - he claimed a hard-fought draw with world number one Michael van Gerwen. The three points move Thornton above Smith and Dave Chisnall at the foot of the league table, with the bottom two players after next Thursday's Judgement Night being eliminated from the 725,000 pound tournament. 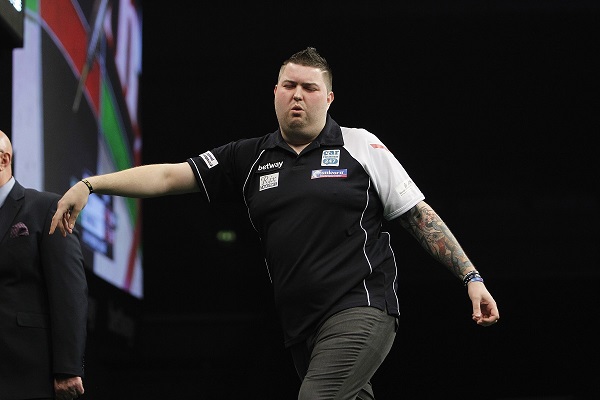 "It was a really good night for me," said Thornton. "People know I'm a fighter and I'm not going to be knocked out without a battle. To get the win over Michael Smith was really good because he didn't give in, and I knew I had to give it everything I had in my second match against Michael van Gerwen, so to get a draw against him is good too. This has been a big boost to my confidence going into Judgement Night and the big thing is that it's in my hands now. I'm using new darts - with longer points and a better grip - and I think I proved I'm almost back to my best." 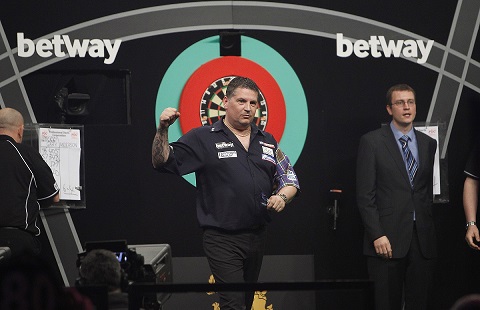 Chisnall has found himself drawn into the elimination battle with five successive defeats, as reigning Premier League champion Gary Anderson saw off the St Helens-born ace 7-4 in their game.
Chisnall forced some nervous moments for the World Champion as he hit back from 4-1 down, but Anderson held on to claim his sixth successive victory as he moved onto 12 points at the top of the table 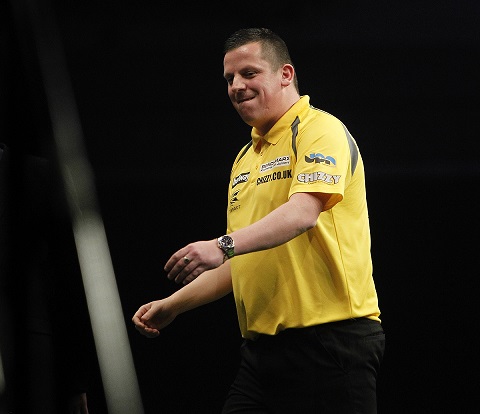 "It's good and I'm happy with how things are going at the moment," said Anderson. "I was fine early in the game but then I made a few stupid mistakes and Dave came back at me, but I stuck in had a good last leg."

Anderson now sits level with van Gerwen and Phil Taylor at the head of the standings, with the Dutchman conceding his disappointment after drawing for a second successive week.
"It's a point dropped," said van Gerwen. "I've not been well this week but if you still come here you want to win the game and you think you can win, but I made too many mistakes."

Peter Wright hit back from 6-4 down to claim a draw with Taylor, who took out 141 earlier in the game but paid for three missed match darts as the Scot followed a 111 checkout with a 13-darter to snatch a point. 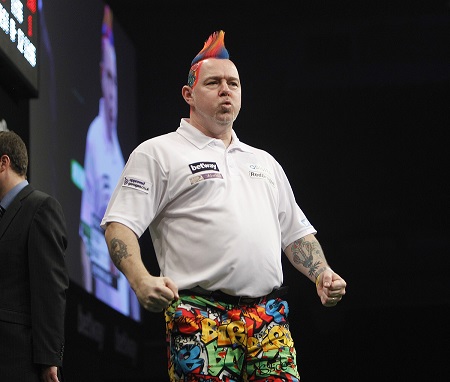 "I'm happy to get the draw but I wasn't totally happy with my performance," admitted Wright. "It was my birthday the other week and Phil gave me a present today - he gave me a shot at the 111 and I had to take it. In the past couple of weeks I've played Michael van Gerwen, Adrian Lewis and Gary Anderson at their best, so it was nice to get a break tonight and I took it."
Taylor, who claimed a second successive draw, said: "I'm gutted not to have taken both points but the draw was probably the right score. His 111 finish was brilliant and the league's a scrap at the moment and I'm enjoying it.

"It's another point in the league and it's all about pushing towards the Play-Offs but I should have had two points - last week I was pleased that I got a point but this week I'm not pleased with just one and it wasn't good enough."

Adrian Lewis picked up his fifth victory of the season with a narrow 7-5 win over Raymond van Barneveld, who traded 104 checkouts with the Stoke ace before the 2011 runner-up claimed the deciding leg against the throw for the points.

"Raymond scored better than me and his 104 was superb but I hit the right shots at the right time and I'm glad to have got the job done," said Lewis. "I finished well and I'm happy with that but my scoring was terrible so I've still got something to work on."

Next Thursday's Judgement Night in Cardiff will see the bottom two players eliminated, with Smith facing Taylor before Chisnall meets Wright, and Thornton then plays Lewis in a game which may decide his fate.
The night also sees Dutch rivals van Gerwen and van Barneveld face off, while Anderson plays James Wade - the 2009 Premier League champion who sat out the night in Liverpool after doubling up in Thornton's absence earlier this season.