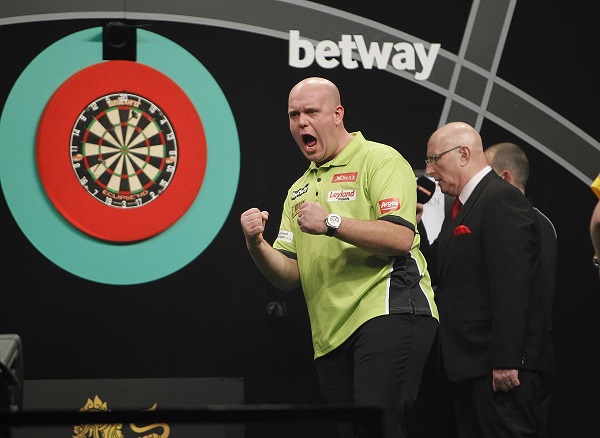 World number one van Gerwen's astonishing recent form continued as he averaged 113.47 in a 7-2 defeat of Dave Chisnall, a display which included checkouts of 134, 105 and 100 in successive legs.

The win was van Gerwen's fifth in a row this season and leaves him ahead of Taylor on leg difference ahead of their high-profile showdown in Glasgow next week, and after also retaining the UK Open title on Sunday the Dutchman admitted: "I'm playing fantastic darts and I'm happy with what I'm doing at the moment I think I played a really good game tonight but I was consistent and I got the win, which is what you aim for. Of course I can do better, but I'm still at the top and I can't wait to play Phil next week because I always look forward to playing him. He's the greatest who ever lived but I'm challenging him at the moment." 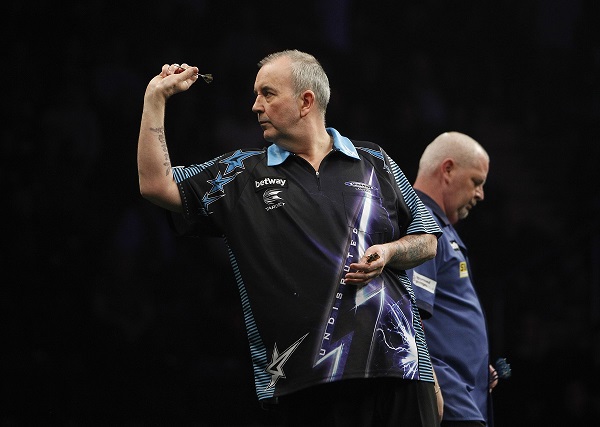 Taylor condemned World Grand Prix champion Robert Thornton to a second 7-0 whitewash of the season with a ruthless display of his own, limiting the Scot to only three darts at a double in a dominant performance as he also won a fifth straight match.

"Robert didn't deserve to be whitewashed and he missed one or two doubles, but I had to go out and do a job and I did that tonight," said Taylor. "I'm gutted for Robert because he's such a nice guy and a good player and he's struggling a little bit, but he'll be back. It's another two points for me and I'm focusing on getting to the Play-Offs. I'm really looking forward to next week against Michael and I can't wait - I'll be ready for him." 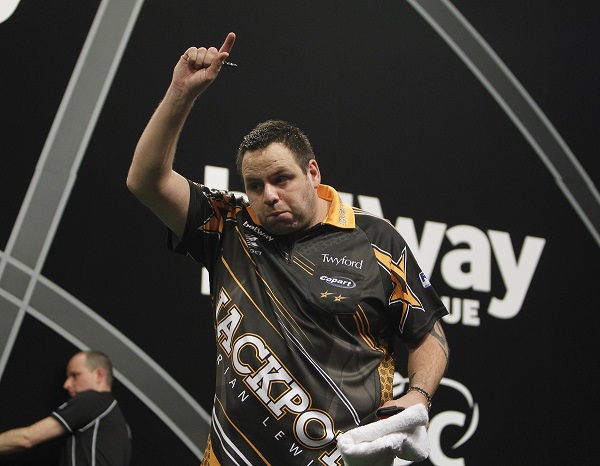 Adrian Lewis bounced back from his 7-1 loss to Taylor last week in Exeter with a 7-3 win over Sunday's UK Open finalist Peter Wright, averaging 107.93 and taking out a key 136 checkout in a superb performance.

"Peter's been playing some fantastic darts recently so I knew I had to be up for the challenge and I came through it well," said Lewis. "I played really well and I'm happy with my performance. Last weekend wasn't a great weekend for me - I lost 7-1 to Phil in the Premier League and then went out in the UK Open to Jelle Klaasen but I played awfully all the way through really - but I put it right." 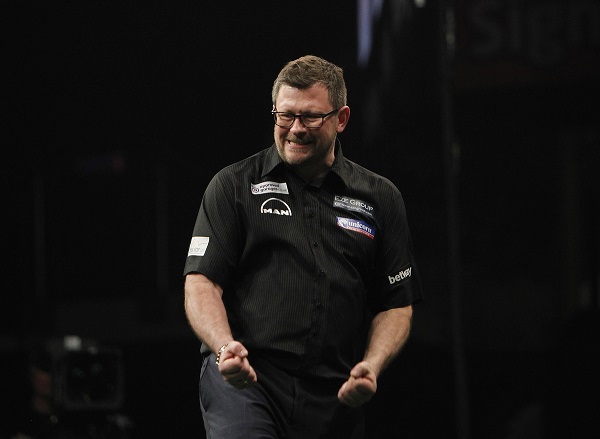 James Wade joined Lewis on eight points as he edged out Raymond van Barneveld 7-5, after the Dutchman missed three darts at doubles to snatch a draw in the game's deciding leg. Van Barneveld followed up finishes of 104 and 118 with a brilliant 161 checkout as he pulled back to 5-3, but a key 121 bull finish from Wade gave him breathing space before he took out 82 to claim both points.

"It was a strange game and Raymond probably should have got a draw out of it," said Wade. "Fortunately he missed his darts at a double, although I did the same against Adrian a few weeks ago and threw away a draw in the same way. I'm kicking myself a little bit because I got so far in front early on, but I'm really happy to get the win." 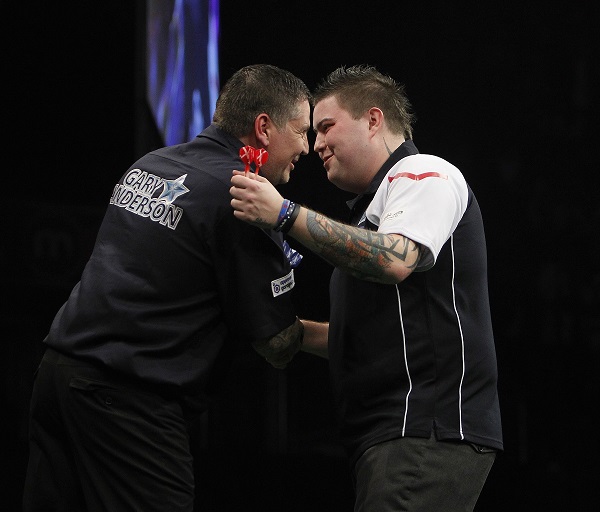 World Champion Anderson claimed his third successive win to give himself breathing space from the elimination battle at the foot of the table with a 7-3 defeat of Michael Smith, the Premier League newcomer who was facing his mentor on stage for the first time. Smith hit back from 4-1 down to trail by just one leg before Anderson took out a key 64 finish in leg nine before landing a brace of double ten checkouts to seal the win.

"I was really nervous about the game because I've said for years how good Michael is and he's still yet to show it on TV, and he was a little bit off tonight so it was good to get the win," said Anderson. "If Michael had won it he'd certainly have let me know about it! I'm pleased to have go the points because I'm still not happy with my performance and I'm still not throwing right, I'm lobbing them a little and it's got me puzzled but I'll keep plodding on."


Thornton now sits on one point at the foot of the league table, albeit with a game in hand, with Smith and Chisnall on three points and 2014 champion van Barneveld having claimed four points from his opening six games.
The Betway Premier League continues next Thursday at The Hydro in Glasgow, where Anderson will compete twice to play his game in hand after missing the season's opening night in Leeds through illness.
Thornton then plays twice in Liverpool before Judgement Night in Cardiff sees the bottom two players eliminated, leaving the remaining eight stars to battle for Play-Off places in the second half of the season.