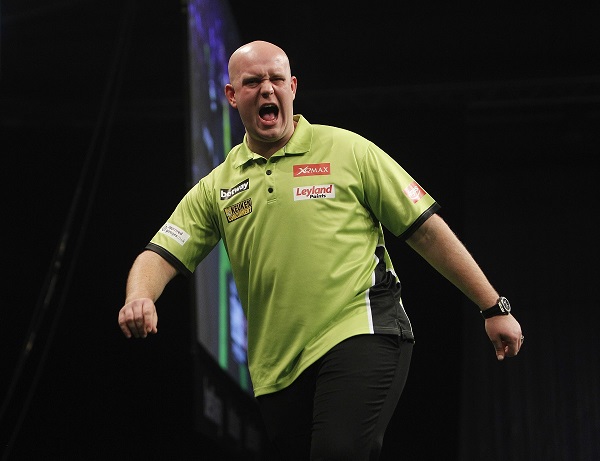 MICHAEL VAN GERWEN continued his record-breaking form with the sixth-highest televised average in history as he and Phil Taylor claimed their fourth successive Betway Premier League victories in Exeter on Thursday night.

Van Gerwen had smashed Taylor's previous world record with a 123.40 average against Michael Smith in Aberdeen a week ago, and treated a 4,500 sell-out at the Westpoint Arena to another master-class.
The world number one saw off previously unbeaten Peter Wright 7-2 with an average of 116.67, hitting seven doubles from eight attempts as he moved to the top of the Premier League table. Wright averaged almost 109 in reply, but was limited to just two darts at a double as van Gerwen recorded a ten-dart leg, an 11-darter, three 12-dart finishes and checkouts of 81 on the bull and 100 with two double tops.

"It was another fantastic performance from myself," said van Gerwen. "I couldn't ask for anything more, to get two points and a good result against Peter because he played well too. I'm full of confidence and I'm really focused at the moment, and to play as well two times in a row is fantastic. The hard work has paid off in the last two weeks and I'll try to do even better next week and I hope I can produce another game like this." 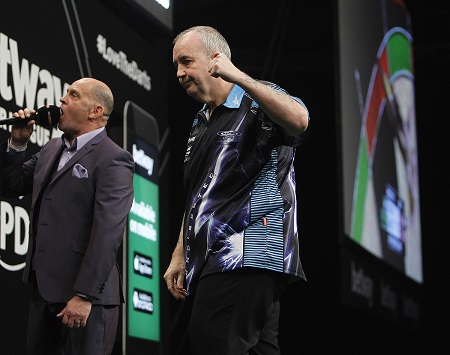 Taylor, meanwhile, averaged 104 as he defeated Adrian Lewis 7-1 to claim his fourth successive victory as he kept pace with van Gerwen at the top of the league table, punishing his Stoke rival for missed doubles early on by taking an unassailable 5-0 lead.

"I played quite steady darts but I'm delighted to get the two points," said Taylor. "Adrian missed doubles and I took advantage of him, and at 6-1 up I'd got him. When you see that your opponent's under pressure you've got to keep them under pressure and I did that. The main thing is qualifying for the Play-Offs in the Premier League and then I can try to push on and win the title back, and I'm pleased to be on eight points." 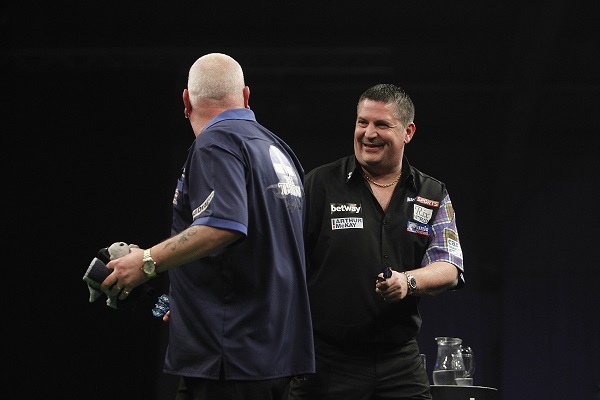 Reigning Betway Premier League champion Gary Anderson picked up his second successive victory with a 7-4 defeat of Robert Thornton in their all-Scottish battle, although he had to come from 3-0 down before claiming the two points.

"I'll take the two points any day of the week," admitted Anderson. "I was 3-0 down but probably should have won two of those legs so the pressure was on, but I came good in the end." 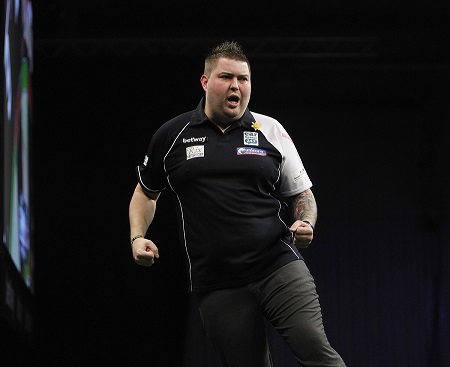 Thornton now sits two points adrift at the foot of the table after Michael Smith claimed his first Premier League win with a narrow 7-5 defeat of Raymond van Barneveld, coming from 5-4 down to take the spoils.

"It means the world to me to get the win and I can relax now," said Smith. "When I was 5-4 down I had nothing to lose and I wanted to throw everything I could into the final few legs. All the way through I felt I could win, and when I hit the 180 and 90 finish to go five-all I knew I'd win. I'm not the player to give up and roll over and I never stop fighting. I'm on three points now and I'm glad I'm not the person sat at the bottom. I know I can beat every player in this Premier League, I've done it before and I can do it again." 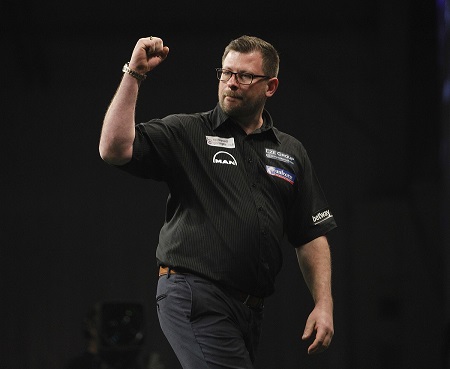 2009 Premier League champion James Wade bounced back from two straight losses with a 7-4 win over Dave Chisnall, with the left-hander taking out 121, 161 and 102 on his way to a third victory of the season.

"I'm really happy to win," said Wade. "I didn't think I played as well as I did - I've played far better than that in some games and lost, so maybe I was due a win like that. Every match is a massive match but I haven't played how I can for the last two or three games I lost them, and maybe I made a little bit of hard work in this but I got there."