THREE AND EASY FOR WRIGHT IN BETWAY PREMIER LEAGUE! 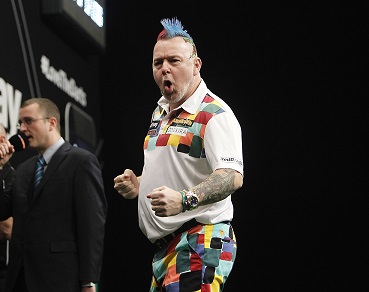 PETER WRIGHT moved two points clear at the top of the Betway Premier League table with a comeback win over James Wade in Dublin on Thursday, as Michael van Gerwen, Phil Taylor and Raymond van Barneveld thrilled a sell-out crowd at the 3Arena.

Wright is the only player with a perfect record following three weeks of the new Premier League season, having followed up his opening two wins with a high-quality 7-4 victory over Wade, averaging over 104 in a superb display. Wade produced some fine darts as he took an early 3-1 lead, but Wright fired in a 13-darter to fire his challenge and pulled clear with a 161 checkout before sealing the points.

"James wasn't quite on his game and I took advantage," said Wright. "I was very nervous at the start and I started pretty slowly, but I felt confident and the darts came in the end. I felt pretty comfortable and the practice I've put in this week has paid off there. I'm happy, but I'm still not at my best and I know there's more to come." 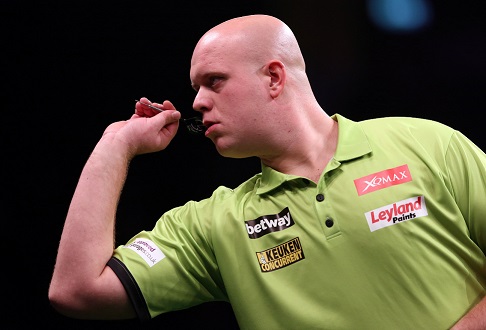 2013 Premier League champion van Gerwen picked up a second successive win as he averaged 106.40 in a fine 7-4 win over Adrian Lewis in another thrilling contest. Lewis hit back from an early 2-0 deficit to lead 4-3, but van Gerwen found an extra gear to reel off four straight legs and end the Stoke ace's winning start to the season.

"I really enjoyed the game," said van Gerwen. "It was a really important game for both of us and I think I played well, and I did enough to make sure my confidence keeps growing. At a couple of moments I wasn't too sure about my game but I did the right thing at the right moments. I did well and I'm really pleased with these two points." 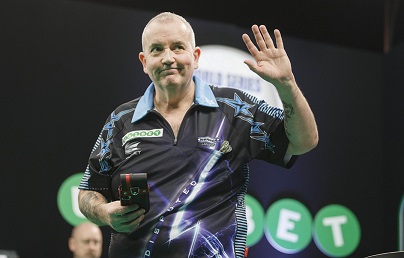 "I'm happy with the performance and to get the two points," said Taylor. "I'm really pleased with that because you know you've got to play well against Gary. You've got to go out and perform and I was consistent there. The crowd were fantastic and they loved it, so it was a good night all round." 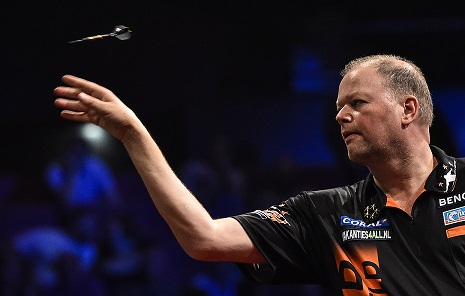 2014 Premier League winner van Barneveld, meanwhile, hit checkouts of 116 and 153 against Robert Thornton, who took out 145 himself but missed one dart to snatch a draw in the game's final leg before the Dutchman edged to the win.

"I'm happy with the win," admitted van Barneveld. "I played a poor last leg but he missed his chance and let me in. Robert always comes back at you and he did again there - and he nearly got a draw. I'm happy with the performance and two points is really important right now because this is an open competition and everyone can beat everyone."

Youngster Michael Smith picked up his first Premier League point as he bounced back from three defeats in the opening two weeks by claiming a draw with Dave Chisnall in a see-saw encounter. 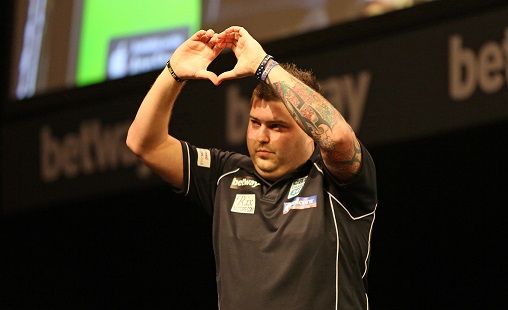 "That was a hard game so I'm pleased to get a point," said Smith. "Dave's a great friend and I think for the first two legs I was playing my mate up there but I gave it everything I've got. I missed a couple of darts to go 4-2 up and I did the same last week and got punished by James Wade, but I got back into it tonight and then Dave let me back in to go 6-5 up. Then I went and hit a 30 with my second score in the last leg and that killed me. I hit the 180 but then Dave checked out the 81 but I'm pleased now that I've got a point on the board and I know I've got a lot of improvement in me."

Chisnall produced two 11-dart finishes during the game, but admitted: "It feels like a point lost to me. When you go 6-5 down you're always happy to get a point, but I'd missed those doubles in the 11th. The 11-darter in the final leg was great. It was tough to play Michael and I think he'll get better. I started off well but it was a bit frustrating after that and I'm a little disappointed. I'll take the point and move on to next week."