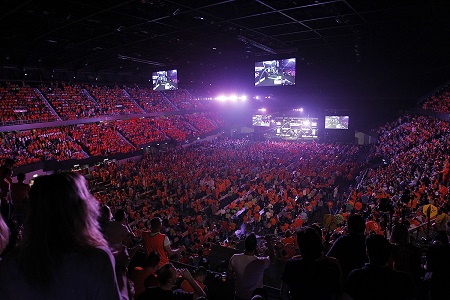 The tournament's first visit to continental Europe proved a huge success, with tickets having sold out within an hour of going on general sale last October - and the capacity crowd were treated to some thrilling darts by eight top stars. 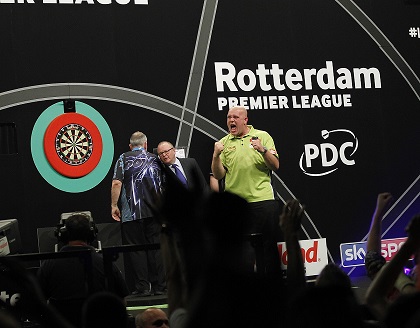 World number one van Gerwen stole the show as he edged out rival Taylor in their clash to decide who finished at the top of the league table.
Van Gerwen landed a show-stopping 164 checkout as he led 5-4, and though Taylor forced a decider in his bid to claim the win which would see him top the standings, he was unable to prevent the Dutchman taking out 64 before sealing the win with a brilliant 12-dart finish. The triumph means that van Gerwen has topped the league table for a fourth successive season, earning him a 25,000 pound bonus ahead of next week's Play-Offs at The O2 in London.

"It was amazing and it meant a lot to me," said an emotional van Gerwen. "The walk-on was amazing, I nearly couldn't hold my tears. To win in front of a crowd like is amazing for me and the crowd, they've waited so long for that and you don't want to disappoint them. It's a fantastic night in my darts career. The pressure was really, really high but I'm glad I won the game, I'm top of the table and it gives me great confidence for next week. My main goal is to win the title and that's what I'm going for - I think it's going to be a great semi-finals and final next week in London and I will be ready for it." 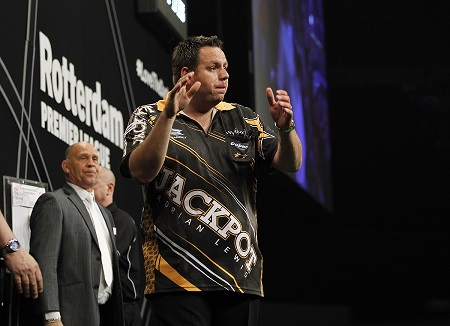 Taylor will now take on reigning Premier League champion Gary Anderson in the semi-finals, with van Gerwen set to face Lewis after the Stoke star claimed fourth spot.
Peter Wright's draw with Raymond van Barneveld had seen him draw level on points with Lewis, but the two-time World Champion held his nerve to defeat Anderson 7-2 and claim the win which secured his first appearance in the Play-Offs since 2011.

"My mindset tonight was to take no notice of what Peter did and I focused on winning against Gary," said Lewis. "I can't wait for the Play-Offs and I'm looking forward to playing Michael. If I turn up there and play really well I've got a great chance of winning the whole tournament. I'm not scared of Michael, I'm not scared of Phil, I'm not scared of anybody, and that's how I feel." 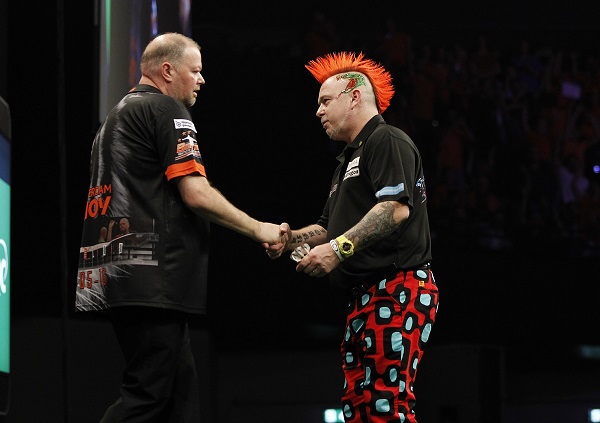 Wright's draw meant that Dutch hero van Barneveld was denied a winning homecoming in Rotterdam, despite taking out finishes of 101, 120 and 121 to delight the huge orange contingent.

"The 'Barney Army' song has never sounded as good as here and it was probably the best moment in my career to be honoured like this," said the five-time World Champion. "I'm disappointed that I've not made the Play-Offs but I'm really proud to finish the season in this way." 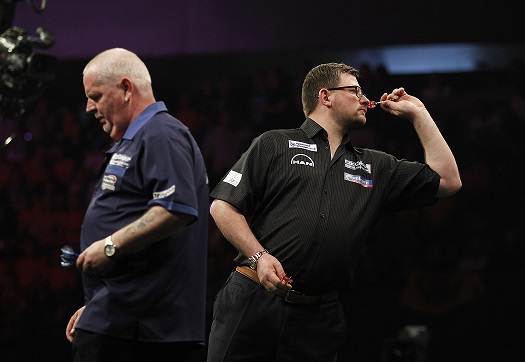 The night also saw 2009 Premier League champion James Wade end the season on a high with a 7-3 defeat of Robert Thornton, and the left-hander admitted: "I really wanted to come here and play well and though I couldn't make the Play-Offs it's as positive as it could be for me. "The crowd was one of the best I've ever played in front of and they really supported both of us. I enjoyed it but it's a shame I'm going out of the tournament now and not into the Play-Offs."