MICHAEL VAN GERWEN and Phil Taylor set up a showdown for the Betway Premier League's new £25,000 league leaders bonus in Rotterdam with victories as the tournament visited Manchester on Thursday, where reigning champion Gary Anderson sealed his Play-Off spot. 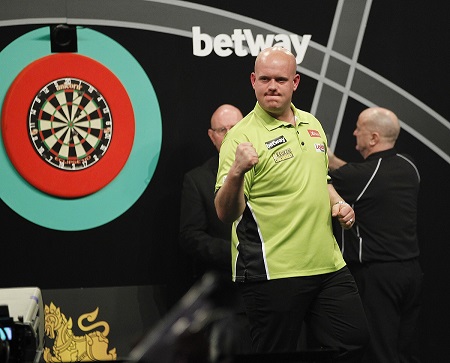 Van Gerwen's 7-2 win against Dutch rival Raymond van Barneveld was followed by Taylor's triumph by the same scoreline in their all-Stoke contest to leave the pair locked on 24 points at the top of the table.
With the 2016 season having seen the introduction of a 25,000 pound bonus for the player who tops the league table at the end of the regular season, the battle to secure that prize will fittingly conclude on the final league night as van Gerwen and Taylor clash in front of 10,000 fans in Rotterdam.

Van Gerwen averaged a superb 108 in his defeat of van Barneveld, who could only watch on as his rival missed double 12 for a nine-dart finish during the clash before the world number one sealed victory with checkouts of 122 and 167.

"I had a little bit of pressure because I can still win the league and win the tournament but Raymond had nothing to lose and that's dangerous," said van Gerwen. "I was maybe trying too hard at the start but I thought it was a very good game. I tried for the nine-darter and it's frustrating that the double 12 didn't go in but it was most important at this stage of the season to get the win and I did that. I want to win in front of my home crowd next week and to finish at the top of the table. I want to play well and I'm ready to rumble in Ahoy." 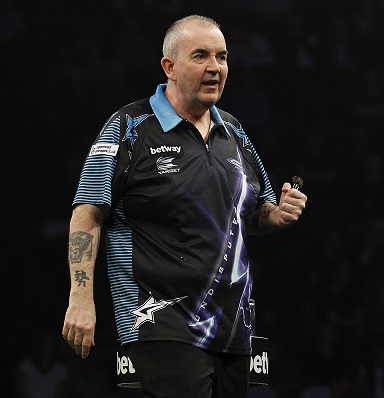 Taylor, meanwhile, reeled off six straight legs to come from 2-1 down against Lewis to sweep to victory with an average of almost 104 to maintain the pressure on van Gerwen.

"It was a weird game, nervy for both of us," said Taylor. "It's at the nitty-gritty where everybody's scrambling for points so I'm just pleased to get the win and I'll get ready for Rotterdam. Me and Michael are going to have a cracker next week. He's on his home turf and it's going to be strange, but it's all about that 25,000 pound bonus. I wanted to qualify for the Play-Offs and I've done that and then I set my sights on the bonus for finishing top, and it's a massive incentive. Michael's a phenomenal player and he does it week in and week out - he's brilliant but I'll be ready for him and it's going to be interesting next week and I'll enjoy it." 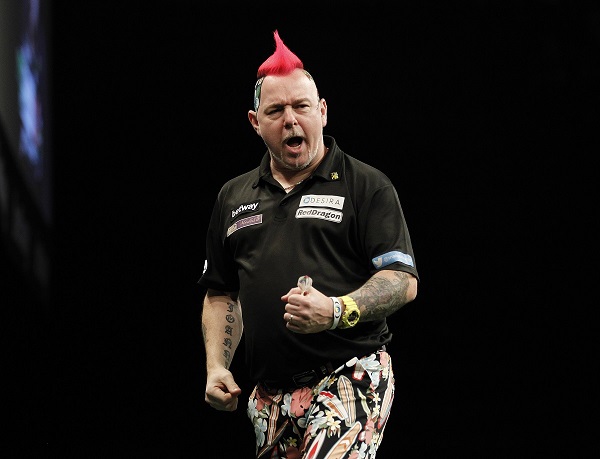 Lewis now sits just one point ahead of Peter Wright in the race for fourth place, with the Scot having ended James Wade's Play-Off hopes with a crushing 7-1 win from their contest in Manchester.

"I had to keep the pressure on Adrian and I've done that tonight," said Wright, who meets van Barneveld in Rotterdam. "James had a lot of chances and missed his doubles, and I punished him because it bgggcould have been the same scoreline in his favour. I've still got a chance now in Rotterdam next week to get into the Play-Offs and I'll be doing everything I can against Barney to achieve that." 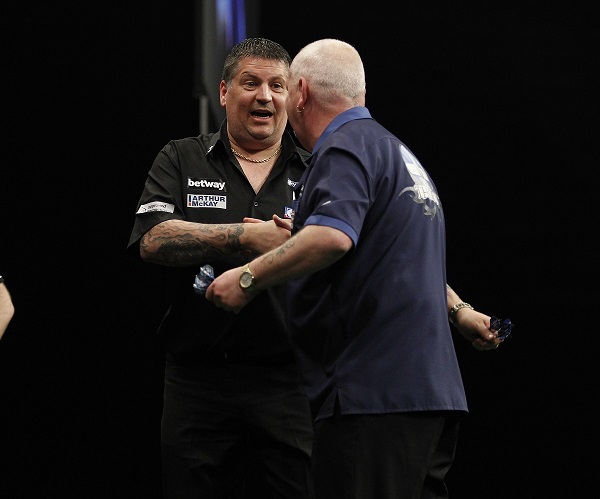 Anderson, meanwhile, secured third place and a semi-final spot as he overcame Scottish rival Robert Thornton 7-1 with a clinical display to continue his bid to retain the prestigious title by ensuring his place at The O2 on May 19.

"I was very nervous and if Robert had hit his doubles it could have been a different game, so I'm happy to have got the two points," said Anderson. "It's good to be back at The O2. I'm happy with the way things are going and to be in the Play-Offs now. I scraped through the first 12 or 13 weeks but anything can happen on finals night. The last two times I've been in the Play-Offs, I've finished third and then won the final so hopefully that can happen again."

The Betway Premier League's visit to Rotterdam Ahoy will be the tournament's first visit to the Netherlands, with tickets having sold out within an hour of going on general sale last October.