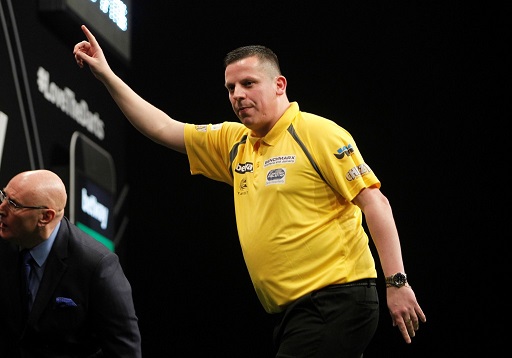 DAVE CHISNALL kicked off the Betway Premier League season with a superb whitewash of Robert Thornton in Leeds on Thursday as reigning champion Gary Anderson missed the league's opening night through illness.

World Champion Anderson was denied the chance to face Adrian Lewis on medical grounds after being laid low with a viral upper respiratory tract infection on Thursday. His absence meant that debutant Michael Smith played twice on the evening - and the former World Youth Champion was given a tough induction to the Premier League stage with losses to Peter Wright and Adrian Lewis.

However, the night's most eye-catching display came from Chisnall as he followed up a run to the final of last weekend's Masters event by storming past Thornton 7-0. He allowed his rival only one dart at a double during a ruthless performance as he averaged over 101 to kick off the season in style.

"It's a dream," said Chisnall, a semi-finalist last year. "Robert didn't play as well as he can but I capitalised on his mistakes and hit my doubles well. It's going to get harder because it's only our second tournament back since the World Championship so everyone's rusty and there's more to come. Today was good for me." 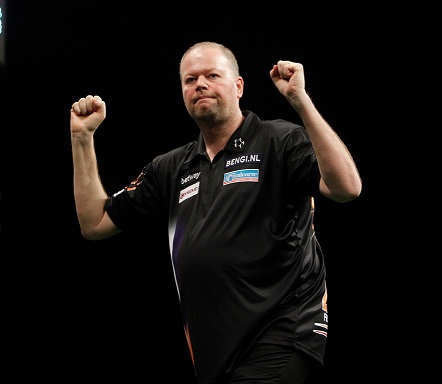 2014 champion Raymond van Barneveld also produced a brilliant display of finishing as he took out seven doubles from nine attempts as he swept past six-time Premier League winner Phil Taylor 7-2. Van Barneveld landed an early ten-darter as he came from a leg down to lead 5-1, and though Taylor took out 113 to hit back, the Dutchman went on to complete the win with a pair of double 16 checkouts.

"I'm happy with the win," said van Barneveld. "To get two points in the opening match of the Premier League against Phil Taylor, with a 103 average, I'm over the moon. The ten-darter gave me a lift and I hit lots of crucial doubles. I tried to keep Phil under pressure and maybe he wasn't at his best, but I took advantage of that. I'm focused on the Premier League because the Premier League and the World Championship mean the world to me. I focus on every match and I know what I can do - I believe in myself and I hope I can go all the way." 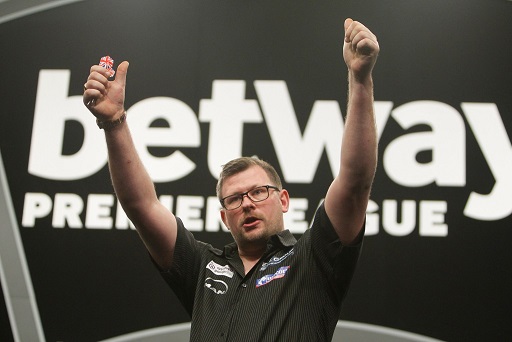 2009 Premier League winner James Wade impressed with a superb comeback from 3-0 down to defeat Michael van Gerwen 7-4, with the Dutchman hitting a 167 checkout as he took an early lead only to be punished for missed doubles in four of the next five legs. A 70 finish from van Gerwen saw him pull back to 5-4, but Wade hit a 121 finish to restore breathing space before following his fifth 180 by finishing 81 on the bull for victory.

"I'm really happy because there are not many people who will take a point from Michael, because he's the best player in the world," said Wade. "Michael wasn't at his best and I did enough and hit my finishes when I had to. I can win games from bad situations and that's what I did." 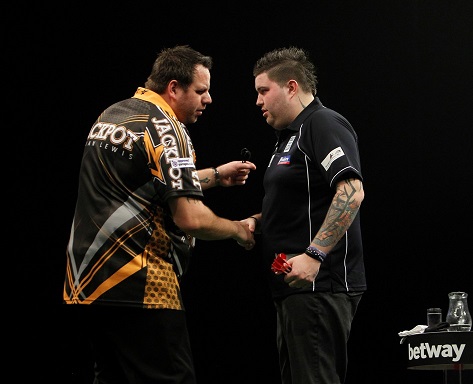 Two-time World Champion Lewis - who had initially been due to face Anderson - topped a 100 average as he defeated Smith 7-1, reeling off six straight legs on his way to victory with seven doubles from 13 attempts.

"I thought my finishing tonight was fantastic," said Lewis. "Michael Smith's no mug, he's number eight in the world and he'll be back. It's his first time and it is hard because you're against the world's top ten week-in and week-out. My mind was set for playing Gary so I had to change my focus but I did that well. I love Leeds and I played brilliantly here last year, and the crowd were superb tonight." 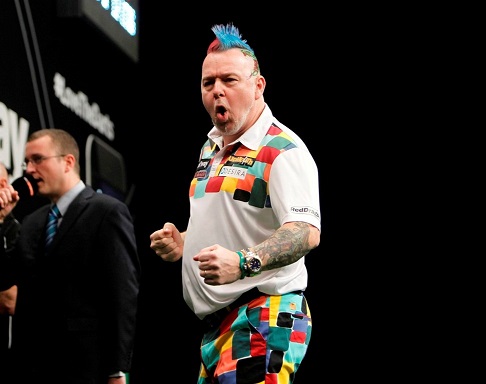 World number five Wright opened the season with a 7-2 win over Smith, taking out 121 on his way into a 3-0 lead to establish a cushion which - despite two 14-darters from his opponent - he would never let slip.

"I've been working really hard in the last few weeks since the World Championship and it's great to be back playing," said Wright. "It was a bit of a patchy display in places but it's a win and that was the most important thing, because every two points could prove crucial."