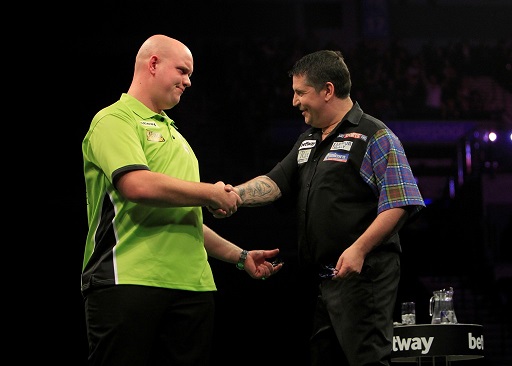 MICHAEL VAN GERWEN moved a point clear at the top of the Betway Premier League table with a 7-4 win over World Champion Gary Anderson on Thursday, as Stephen Bunting suffered disappointment in Liverpool with a 7-1 reverse to Phil Taylor.

Van Gerwen ended Anderson's winning start to the season as he punished the Scot for 23 missed doubles during their contest.
Although the game failed to live up to the standard of Sunday's German Darts Championship final - when van Gerwen averaged almost 118 - it carried high drama throughout as Anderson saw a 3-1 lead over the world number one slip away. Van Gerwen took five straight legs as he moved 6-3 up, and though Anderson hit back with a 68 finish it was the Dutchman who won the 11th leg, on double 12, to seal his third win of the season.

"There was a lot of pressure tonight because one of us was going to be top of the league with a win so you know you can't afford any mistakes, and I'm glad I didn't make as many as Gary," said van Gerwen. His scoring was a bit better than mine, but he didn't take advantage. I can't always be at my best but to get the win was the most important thing. The crowd were fantastic in a big venue and I enjoyed this win. I feel good and this will give me more confidence." 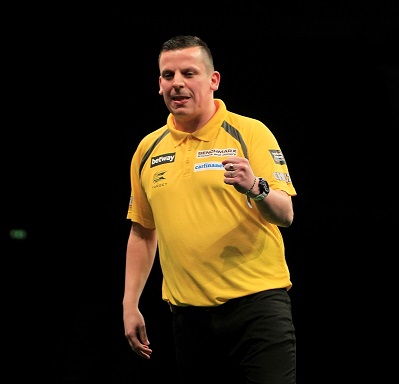 Dave Chisnall and James Wade join van Gerwen in being unbeaten after three weeks, after they shared the points with a six-all draw in front of over 7,000 fans in Liverpool.
Chisnall led 2-0 only to allow Wade back into the match before a 142 checkout secured the 2009 Premier League champion a point, but the St Helens ace took the game's final leg with a 14-darter to claim a share of the spoils.

"I think it was the right result but I gave a point away," said Wade. "I'll take the draw and move on from here. The 142 was great and those type of shots are going in okay, but then I got a little bit lazy in the last leg. I think we were both under par throughout the game, but I'll take a draw when I'm not playing so well."
Chisnall said: "James was steady and he finished well, so I'll take a point from that "I didn't feel nervous but it was one of those nights where the darts didn't go as well as I wanted them to and neither of us scored as well as we wanted to. Early on I could have gone 3-0 up, and that's where the game changed. The 142 to put him 6-5 up was a big shot as well because if he didn't hit that I probably would have won the game." 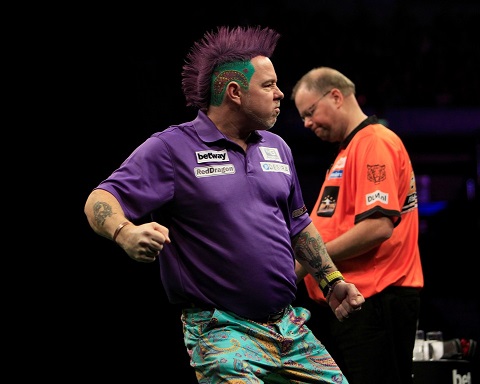 Two other games on the night ended in a stalemate, as Kim Huybrechts denied Adrian Lewis a win from their game and Peter Wright came from 5-1 down to claim a draw with reigning Premier League champion Raymond van Barneveld.

Van Barneveld had seemed set to storm to victory when he romped into a 5-1 lead with an average of 118 - only for Wright to finish 147, 124 and a key 94 as he hit back to claim his first point of the season.

"It feels like a win after coming from 5-1 down," admitted Wright. "I had my own battle in my head tonight because I didn't want to lose 7-1 again and I dug deep and managed to pull back into the game. My finishing helped me out but I should be scoring with these guys and that's not quite happening at the moment. Hopefully that will start to come in the next few weeks, but to get a point this week is good and I'm proud of my fighting spirit." 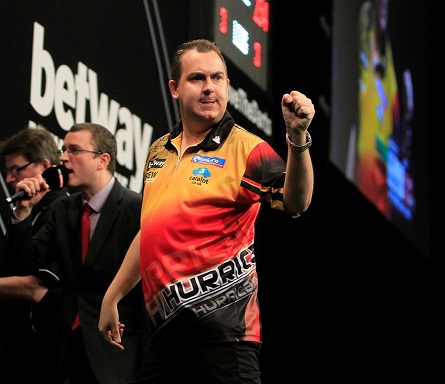 Belgian ace Huybrechts also picked his first point of the year, in his debut season, as he took out 62 in the deciding leg of his clash with Lewis.

"It was a weird match and it probably wasn't the best game we've played but I'm happy with the point," said Huybrechts. "The first point in your debut season is the hardest to get and I've got that. I held on and when Adrian gave me chances I took them tonight. I had put a lot of pressure on myself being in the Premier League because you want to prove you belong here, but I said that I want to just enjoy it and do what I can. I enjoyed it and I have to keep doing that because the Premier League is the best experience you can have as a darts player and I want to enjoy every moment on that stage." 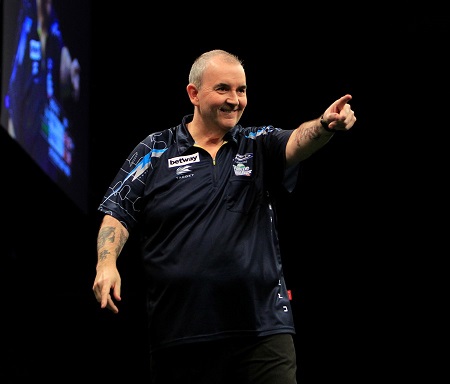 The night's other game saw Phil Taylor romp past Stephen Bunting 7-1 with a clinical display as the local favourite, who hails from St Helens, endured a nightmare.
Taylor, aided by finishes of 98 and 80, took the first five legs without reply before Bunting hit back on tops in leg six, but checkouts of 121 and 151 saw the six-time Premier League champion mercilessly wrap up a comprehensive win.

"Stephen didn't play as well as he can, and maybe the occasion of playing in Liverpool got to him a little bit because he's a lot better player than he showed tonight," said Taylor. "When he got a leg back I could see he was thinking about the comeback, but the 121 killed him and I finished it off well from there. It's a tough game but this is just one week for Stephen. You don't win the Premier League in one week and you don't lose it in a week either, but it's good to get another two points in the bag."