TAYLOR OFF THE MARK IN BETWAY PREMIER LEAGUE 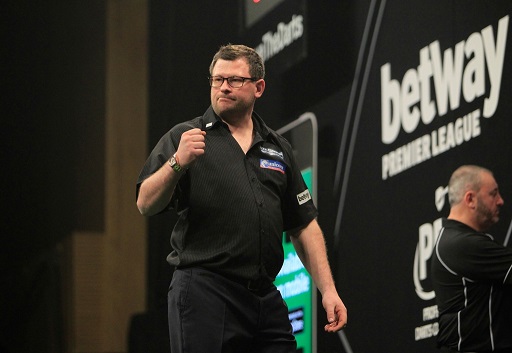 On a night of outstanding quality at a sold-out BIC, four stars produced big ton-plus averages in impressive victories before Chisnall edged out reigning Premier League champion 7-5 in a dramatic final-leg thriller. 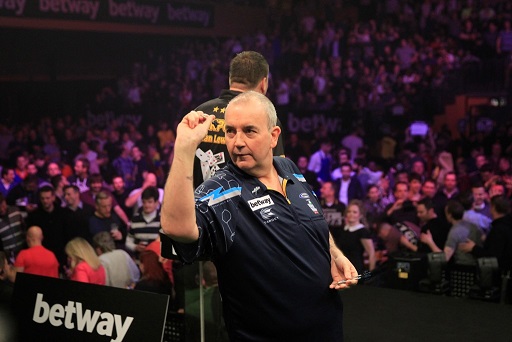 Taylor bounced back from his opening-night defeat to Anderson with a majestic 7-2 defeat of Stoke rival Adrian Lewis, averaging 108.33 and hitting seven doubles from ten attempts. The victory was a fitting tribute for Taylor to pay to his late mother following her funeral on Wednesday, as the 16-time World Champion kick-started his Premier League campaign. Although Lewis led 2-1 early on, Taylor took the next six legs without reply in an unstoppable burst.

"It's been a tough week, I think yesterday was the worst day of my life but that's gone now and today was my darts and I've got to move on," said Taylor. "I can go up there and relax because everything is a bonus for me. I can concentrate on my career a bit now, try and entertain and do my best. Whoever you play now, you've got to go out there and play your best. Adrian didn't seem to hit the scores that he normally does, he seemed to be under a bit of pressure." 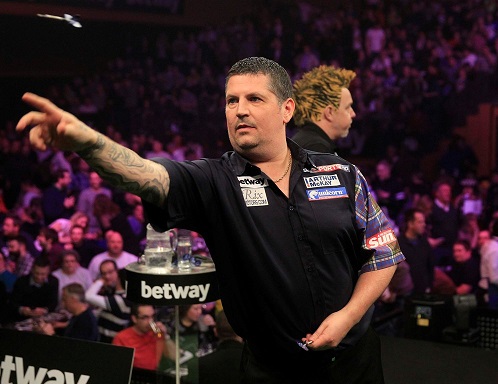 World Champion Anderson matched past Peter Wright with seven successive legs as he landed four ton-plus checkouts, matched Taylor with seven doubles from ten attempts and averaged almost 107 in a superb 7-1 victory.
Wright had won the game's opening leg, but Anderson finished 126, 121 and 100 as he moved 4-1 up and added a 124 checkout on his way to a second successive victory.

"That's another good win for me because I'm still not at 100 percent but I'm getting there," said Anderson. "My finishing was really good tonight and I managed to get away from Peter. It's a long season but this is a good start from me and there's plenty to build on." 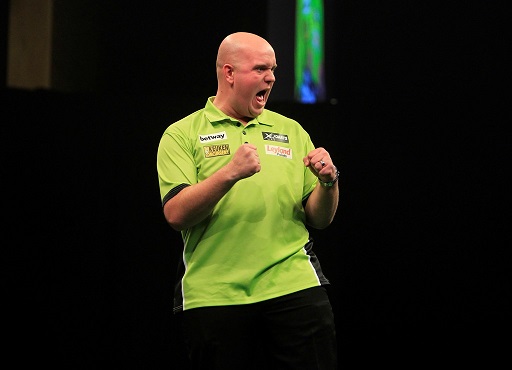 Michael van Gerwen also picked up his second successive win as he continued his brilliant recent form with a 7-3 defeat of Stephen Bunting, who averaged 103.43 but was out-gunned by a 109.44 average from the Dutch ace.
The world number one took command by taking the opening three legs without reply and went on to seal victory with a superb 138 finish.

"I'm really pleased with this win because Stephen was fantastic too and it shows that you're not guaranteed to win with a 103 average any more," said van Gerwen. "I started really well and it was nice to take advantage when Stephen missed his doubles. I have more in the tank and that's a good thing because I want to keep this going through the Premier League, and with this performance I can do that." 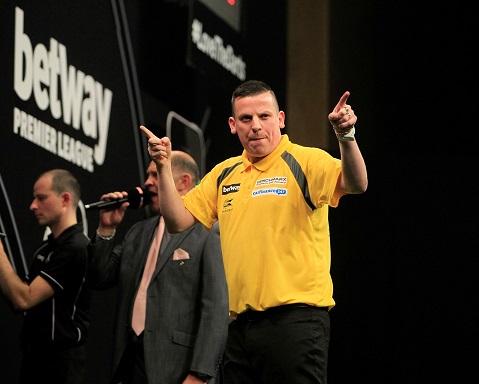 Dave Chisnall joins van Gerwen and Anderson on four league points as he won his second game of the season with a narrow 7-5 defeat of Raymond van Barneveld in a tense final match of the evening. Chisnall finished 101 as he held a slender 4-3 lead before van Barneveld broke for a 5-4 advantage - only to miss doubles in the next two legs as the Grand Slam of Darts finalist edged back ahead before he sealed the win on double nine.

The night's other winner in Bournemouth was James Wade, the 2014 Masters champion who also impressed as he averaged 104 in a 7-2 win over Kim Huybrechts. Wade also took the game's first three legs to move ahead, and also finished 143 as he followed up a draw with Bunting in Leeds by remaining unbeaten following two weeks.