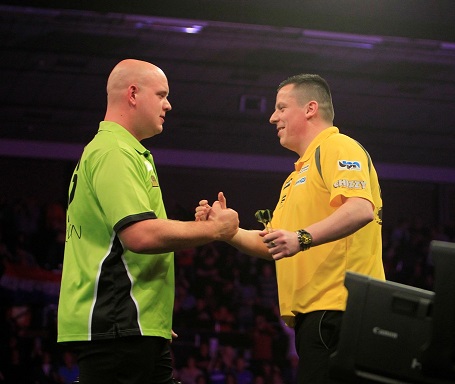 MICHAEL VAN GERWEN topped the Betway Premier League table for a third successive year following a sensational draw with Dave Chisnall in Brighton on Thursday, as Gary Anderson and Raymond van Barneveld entered the Play-Offs with victories and Phil Taylor ended the season with a win.

Dutch star van Gerwen entered the final league night a point clear of Chisnall, but saw the St Helens star threaten to snatch the win, and top spot, in a high-quality contest.
Chisnall led three times during the game as the pair slugged out a thriller, with a 161 checkout putting him 6-5 up and a leg away from a remarkable triumph. He also landed a 180 in the game's final leg, but saw van Gerwen take out 108 to claim the draw which secured top spot - ending the game with a 111.90 average.

"It means a lot to me to finish top again and I've worked very hard for it," said van Gerwen. "It feels great and I'm very proud. Dave's had a phenomenal season and he was amazing tonight again. I needed to play as well as I did just to get a draw - it was a fantastic match and it showed the standard of the Premier League this season. It's incredible at the moment, and I'm in good form and I want to keep this going in the Play-Offs now." 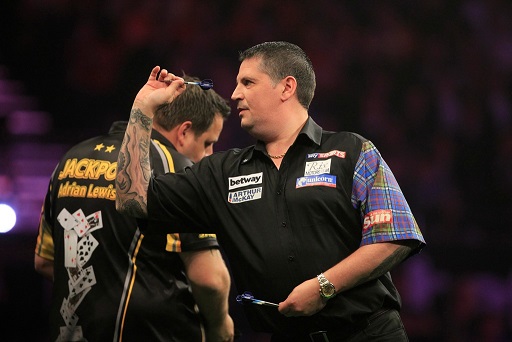 Chisnall's outstanding season means that he will make his Play-Offs debut next week, and he is in confident mood as he bids to claim his first major title.
"I'm not disappointed to draw because it was a good game, and when I went 6-5 up I had a chance but Michael's finishing was superb, again, in that last leg," said Chisnall. I'm very proud and I've done myself justice this season - people wrote me off at the beginning and I've proved them wrong, and I know what I can do. It's all good at the moment and I'm confident that I'll play well next week - and hopefully I can meet Michael again in the final!"

Chisnall will take on World Champion Gary Anderson in the semi-finals, after the Scot sealed third place with a superb 7-3 comeback win over Adrian Lewis.
Lewis had won the game's opening two legs by finishing 77 and 80 - with two double tops - only to see Anderson storm through the next six without reply, hitting a pair of double tops himself in a 105 checkout. Lewis finished 83 on the bull to hit back to 6-3, but Anderson landed tops in the next to ensure that he enters the Play-Offs with back-to-back wins under his belt.

The 2011 Premier League champion said: "It went okay tonight and I'm pleased with that. I played well in the first two legs but didn't get a shot and Adrian punished me, but I got on a roll and got in front - but it's a different week next week and we'll see what happens. To win any tournament you've got to beat everyone and I want to be a bit better than I was tonight if I'm going to win this title again. It's four years since I won this title so it would be nice to get it back next week." 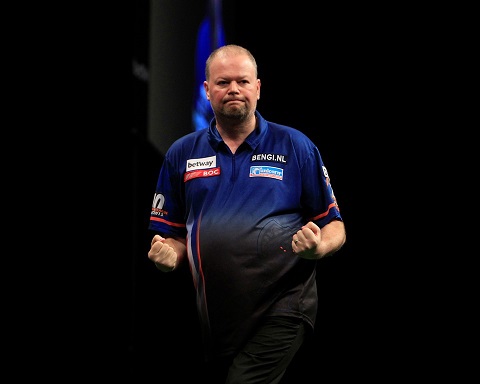 Reigning Betway Premier League champion van Barneveld ended the season in fourth place following his 7-4 win over Stephen Bunting, as the Dutchman's clinical finishing again proved the difference.
The Dutchman defied two 11-dart finishes from Bunting to take a 5-2 advantage, with Bunting hitting back to 6-4 at one stage only to see van Barneveld seal victory in the next to move into the Play-Offs on an eight-game unbeaten run.

"This was still an important game and I'm really pleased and proud of myself," said van Barneveld. "After Week Nine I wanted to fight for every point and then all of a sudden I realised I could qualify for the Play-Offs. I'm happy, of course, with the win because Stephen played a good match. I'm loving to battle at the moment, I'm happy with my darts and I believe in myself again, and I'm playing well." 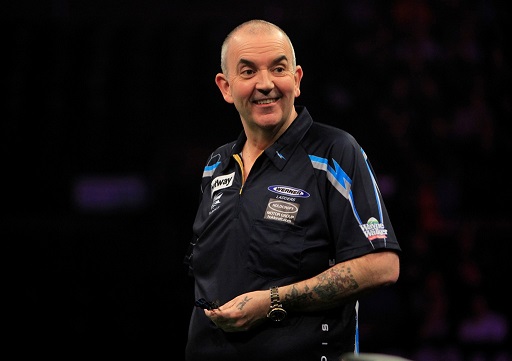 Phil Taylor bounced back from the disappointment of missing out on the Premier League's Play-Offs for the first time with a sensational 7-1 win over 2009 champion James Wade, who ends the season in seventh place.
Wade actually led by finishing 96 to win the opening leg, but he missed the bull for a 121 checkout in the next as Taylor levelled with an 11-darter. Taylor then pulled clear to win the next six legs without reply to end the game with a 108.87 average, regaining the clinical accuracy on his doubles which had proved his undoing earlier in the season.

"The Premier League has escaped me this year and I'm gutted about not being in the top four," said Taylor. "I feel awful to have missed the Play-Offs but I'll improve. I'm tweaking some things with my darts and it's hopefully going to come together now - my doubles are going in and my darts are going straighter."