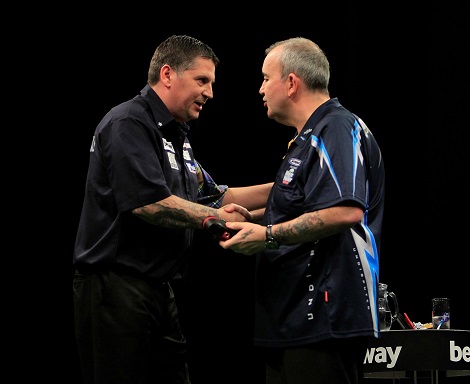 GARY ANDERSON kicked off the new Betway Premier League season with a dramatic 7-5 win over Phil Taylor in front of an amazing 11,200 fans in Leeds on Thursday night, as Adrian Lewis lit up the tournament with a 113.80 average in a stunning defeat of Raymond van Barneveld.

World Champion Anderson repeated his success over Taylor at Alexandra Palace over the shorter Premier League format, although the game also went the distance as the Scot opened the season in style.
Taylor ended the game with the higher average, but paid for missing double top to snatch a draw in the deciding leg - which added to one earlier missed double to break Anderson's throw as the six-time Premier League winner fell to a narrow loss.

"I'm delighted to have got the win," said Anderson. "I was looking at a draw going into the final leg but I managed to pinch it and it's a bonus for me. Maybe it was a bit of a steal in the end but that wasn't the real Phil tonight and I took advantage. Hopefully I will play better next week but this is a good start." 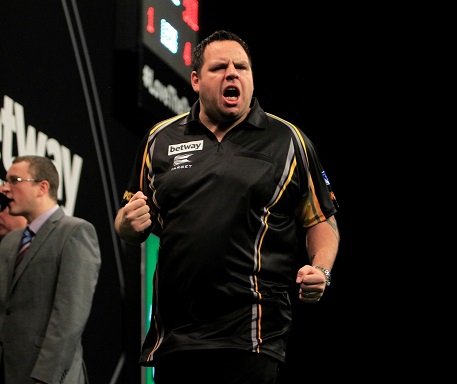 World number four Adrian Lewis - the 2011 Premier League runner-up - made a sensational start to the season with his highest-ever average in a televised game as he overcame reigning champion van Barneveld 7-1.
Lewis had lost to the Dutchman in the World Championship just over a month ago, but was in sublime form to kick off the season with the fourth highest average in Premier League history.

"When I lost to Raymond in the World Championship I missed too many doubles and let him in, and I've been thinking about that game every day since," admitted Lewis. "I knew I was in great form and I've shown it tonight, and a 7-1 win for me is a great start to the season. There was a quality atmosphere from the moment we walked out, and it gave me a great feeling." 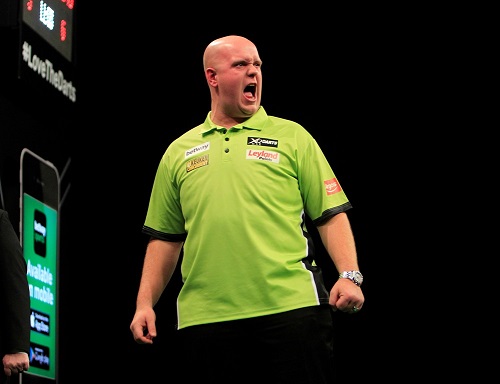 2013 Premier League champion Michael van Gerwen raced to a 7-3 win over Kim Huybrechts as he averaged an impressive 107.72 against the Belgian debutant to follow up last weekend's Masters win with another classy display.
Van Gerwen took an early 3-1 lead, and though Huybrechts reduced the gap to one leg it was the Dutchman who took three legs in a row in mid-game to pull clear before sealing victory with a 145 checkout.

"To win 7-3 in my first game of the Premier League is very good and I played quite well," said van Gerwen. "I didn't expect to play this well but I'm very happy with my form, and I finished well at the right time, It was Kim's debut and it was difficult for him, but when you're on this stage you need to be prepared for everything. He's a good player and he'll be back. The crowd were amazing and I had goosebumps. That makes you feel incredible and it means a lot to me, and I think it made me play better I want to keep this form for the rest of the Premier League. I hope I can win this tournament again, but there's a long way to go in the season, and you just need to try and play well every week - but I'm enjoying myself." 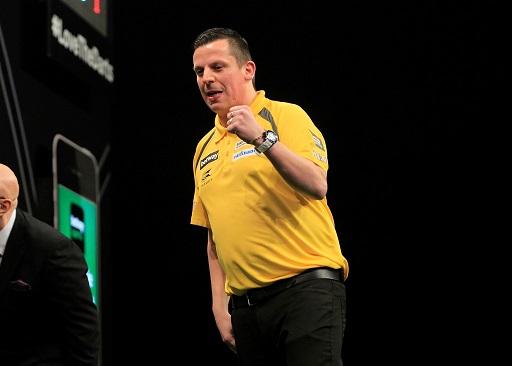 Dave Chisnall reeled off six successive legs as he swept to a 7-1 win over Peter Wright, with the St Helens ace producing the heavier scoring and clinical finishing as he took victory in the season's opening fixture.

"I'm delighted," said Chisnall. "Peter didn't play as well as he can but I outscored him and my finishing was good and I was happy with that. The atmosphere was fantastic but I wasn't nervous. It's a brilliant venue and I had goosebumps everywhere!" 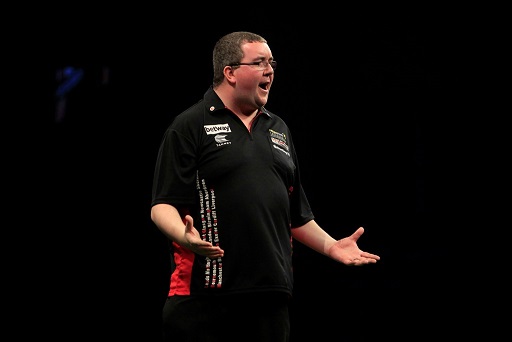 The night's other game saw debutant Stephen Bunting hit back from 6-4 down to grab a draw with 2009 Premier League champion James Wade, who took a point on his return to the event.
Wade twice led by two legs - at 3-1 and 6-4 - but saw Bunting hit back on both occasions before the newcomer finished double four and 68 in the last two legs to share the spoils.

"It was the most nervous I've ever been in the Premier League but I loved every minute of it," said Wade following his Premier League return. "I thought Stephen was going to steamroller me at the beginning but I hung in there, hit a few scores and towards the end I thought I was going to win. Perhaps we show each other too much and maybe it was hard to close out the game, but a draw could have been a much worse start for me."

Former Lakeside Champion Bunting admitted: "It feels like a win for me to be honest. James is a fantastic player and I always know I'm in for a tough match when I play him, so I'm happy to get a point on the board. The venue was absolutely amazing - the biggest crowd I've ever played in front of before was about 4,000 in Sydney, so it's fantastic to play in front of a crowd like that and I can't wait for the rest of the Premier League now."