Wes Newton was knocked out of the Betway Premier League Darts on Thursday night as Dave Chisnall secured his own survival on Judgement Night with a 7-5 triumph at Cardiff's Motorpoint Arena. 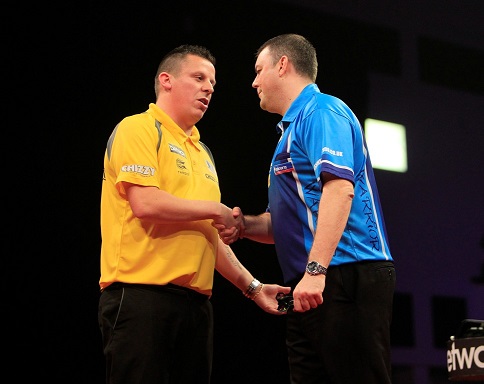 The pair went into the league's crucial ninth night bidding to avoid elimination alongside Simon Whitlock, but Newton was sent packing for a second successive year as he suffered a narrow defeat.
Chisnall made a superb start by winning the game's opening two legs, only for Newton to win the next four as he took command in moving 4-2 up - only to then miss three darts in each of the next two legs as his opponent levelled. The next two were shared before a crucial break of throw put Chisnall 6-5 up and secured him the point which sealed his survival - before he hit double five to claim victory and knock out the Fleetwood ace.

"It was one of the toughest games I've ever played and we both felt the pressure, so I'm over the moon to have survived," said Chisnall, who is appearing in his first Premier League Darts season. We're great friends and I felt a bit for Wes, but when he went 4-2 up he let me back in. Once I got the sixth leg I knew I could relax and I got the last leg, and to get both points could be important for me now at the end of the season. I believe that I can get into the top four if I can hit my doubles because when I've been missing they've not been far away, and I feel really comfortable on the Premier League stage now."

Newton admitted: "It's very disappointing but I've got to take it on the chin, and I'll come back stronger from this.Dave came out firing and I had a bad start, but I got back into it and took control of the game at 4-2 up, and then had three darts to win each of the next two legs and all of a sudden it was four-all. There was a lot of pressure on that game for both of us and I've found it really tough this season. This is the elite of the game and it's a learning curve - you're up there week-in, week-out in front of massive crowds and hopefully it will make me a better player in the future. I'm so grateful to be given the chance to be in the Premier League and it's not worked out, but I'll go back to the drawing board and do my best in the TV events for the rest of the year." 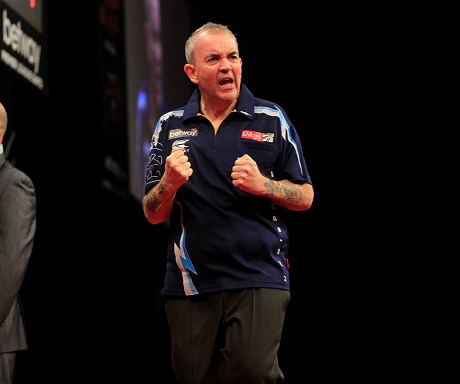 Newton's defeat meant that Robert Thornton, who also entered Judgement Night on six league points but with better Leg Difference than his basement rivals, survived into the second phase of the campaign despite a defeat to Phil Taylor.
Thornton went down 7-4 as Taylor's revival continued with a dominant display, with the six-time Premier League champion moving up to fifth in the league table with a 102 average.

"The top four will start to get nervous now because I'm getting there," said Taylor. "I'm still not 100 percent but I've got to keep working on it and it's all coming together. I'm looking forward to the next few weeks and I'm enjoying it at the moment. It's set up nicely because at one point I didn't think I'd even get through Judgement Night, so I want to kick on from here." 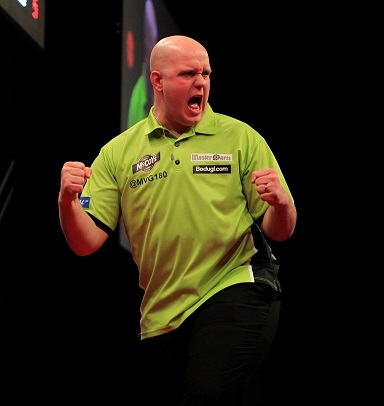 Michael van Gerwen consolidated his status at the top of the table with a draw against Simon Whitlock, as the Australian bowed out of the tournament with arguably his best display of the season.
Whitlock took out finishes of 170 and 116 as he took a 6-2 lead, only for van Gerwen to follow up finishes of 100, 164 and 126 by hitting back to claim a point. 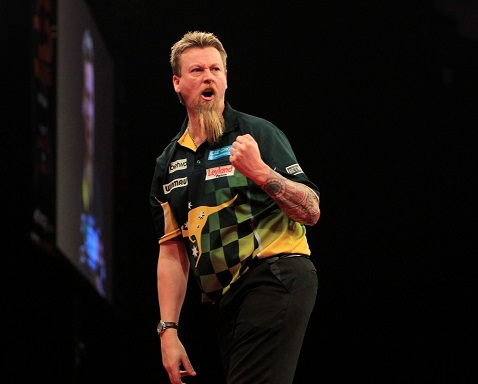 "I found it really difficult to get into the game, so I'm glad that I got the result at the end and that I'm still on top of the table," said van Gerwen. "You could see how good Simon is tonight because he hit some great finishes and played really well, and it was a tough match. My main target is to get into the Play-Offs and I'm doing really well, and I want to keep this going now. Finishing top would be great but it's all about winning the trophy in the Play-Offs too and that will be the aim."

Whitlock had already been assured of elimination going into Judgement Night, having lost his opening four games of the campaign.
"I think that was my best performance of the season and I wanted to finish the Premier League on a high," said the 2012 finalist. "I'm a bit disappointed not to win the game now, but I've got a chance to go and work on my game now. I'm working very hard with my new darts and feeling very confident right now, and I've just got to look forward to the rest of the year and be positive." 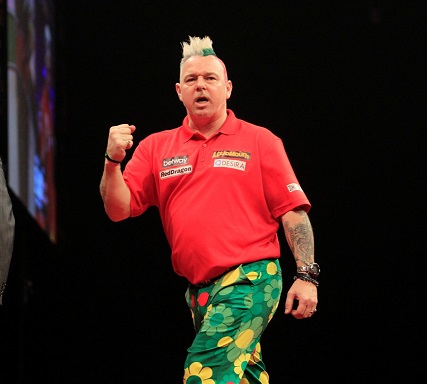 Peter Wright sits a point behind van Gerwen in the league table after he bounced back from last week's defeat to the Dutchman with a 7-5 win over Gary Anderson.
The game's opening ten legs all went with the throw before Anderson missed three crucial doubles in the 11th, allowing Wright to finish 71 to break and move 6-5 up before he landed double five to claim both points.

"It's always a hard game against Gary because he's a fantastic player and someone that I look up to, so I'm very happy to get the win against him," said Wright. The way the match was going, I knew it was going to be tough to break Gary because he was starting nearly every leg with 180 or 140, but it came down to one leg where I hit a 180 to put him under pressure and he missed those three darts at a double and gave me a shot at the 71. I want to keep the pressure on Michael in the league table and keep enjoying the Premier League because it's been a fantastic experience so far."

The night's other game saw Raymond van Barneveld draw for a fifth successive week, as he hit back from 4-1 down to share the points with Adrian Lewis as the pair maintained their status inside the top four.

"Maybe I was a little bit lucky but I'll take a draw tonight," said van Barneveld. "Adrian gave me a chance in the last leg and I took it. This was my 125th match in the Premier League and I think it was one of my worst performances, so I'm pleased to have come out with a draw because I didn't even think I played my B game. It's amazing to have five draws on the spin, and it's five points gained. I'm in the top four, but from now I have to turn these draws into wins."