PHIL TAYLOR'S Betway Premier League Darts revival continued with a season's-best 7-1 win over Wes Newton in Leeds on Thursday, as Michael van Gerwen joined Peter Wright at the top of the league table in front of a record 11,000 crowd at the First Direct Arena. 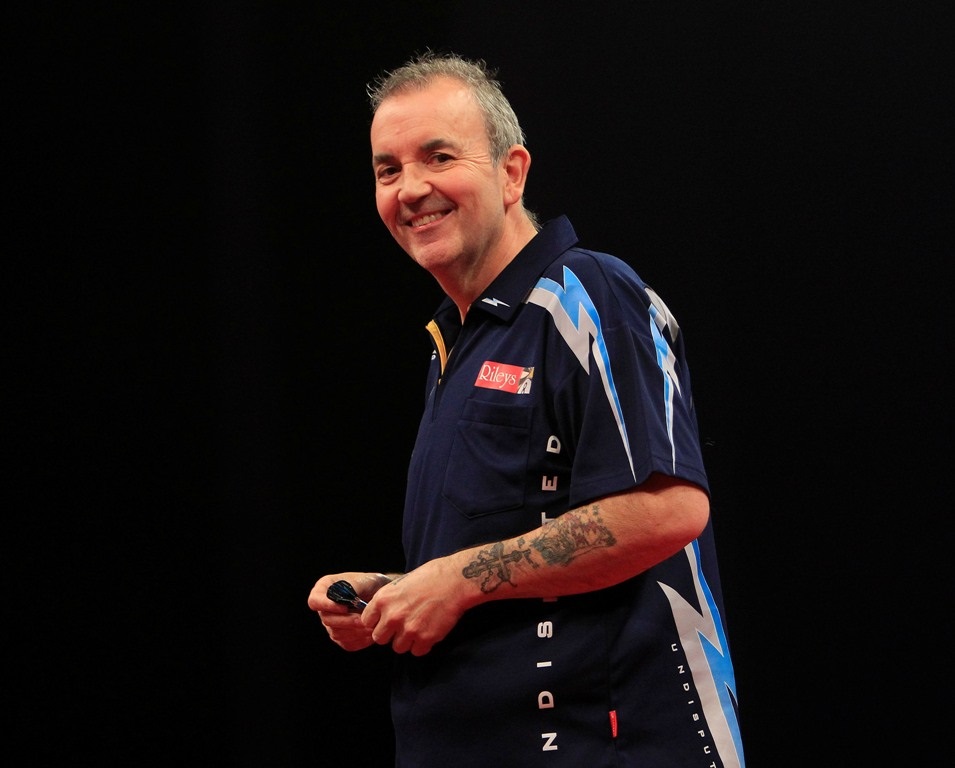 Taylor had lost his first three games of the season in his worst start in the ten years of the tournament, but moved out of the relegation zone for the first time in 2014 with a 106.91 average in a clinical demolition of Newton.
The 16-time World Champion hit a 180 as he broke in the game's opening leg and doubled his lead before Newton finished 108 to hit back - but that would be as good as it got for the Fleetwood ace as Taylor pulled clear. The Stoke great took the next five legs without reply, hitting a total of four 180s and finishing half of his 14 attempts at a double in his best display of the campaign so far.

"It's coming back and I'll hopefully get better each week," said Taylor. "I've been chopping and changing my darts and my sponsors have backed me with all the little changes I've made. I never doubted myself but I keep trying to improve myself and it's getting there. I'm not nervous any more whereas I was earlier in the season, because I wasn't quite comfortable. Getting the two points was the most important thing tonight and I don't want to get knocked out in the relegation in a couple of weeks - I want to move on up the table now and try and get this title back."

Reigning champion Michael van Gerwen picked up his fifth victory of the season as he moved to the top of the table on leg difference ahead of Peter Wright with a 7-5 win over Gary Anderson.
A high-quality game saw the pair trade 11-dart finishes early on as Anderson established a 5-4 lead, but van Gerwen took out a superb 121 on the bull to level, broke throw with a 70 finish before claiming the win with another 11-dart leg. 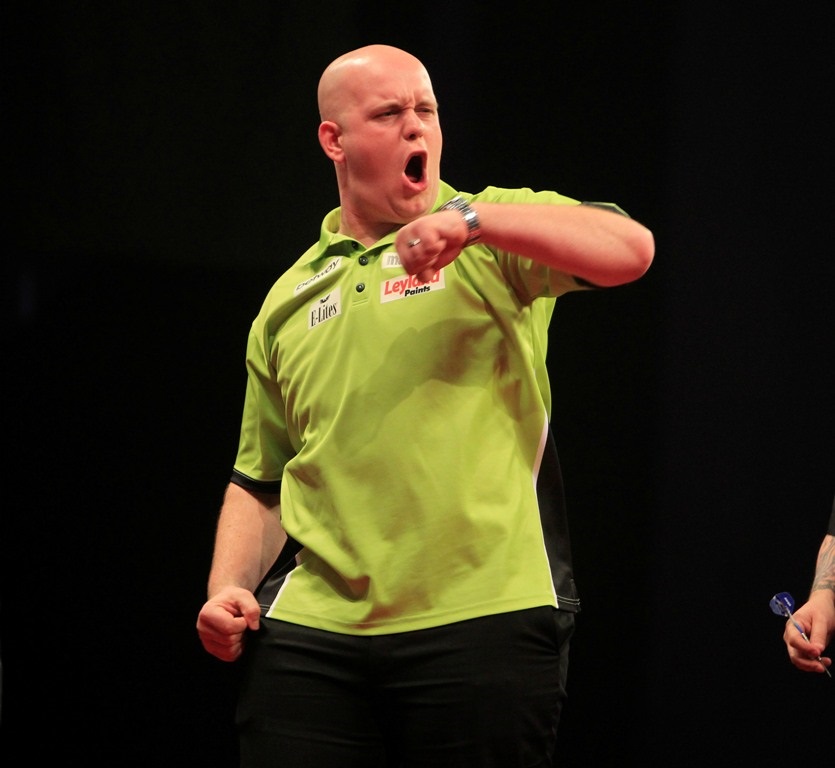 "I'm very pleased with this win and I did the right things at the right time at the end of the game," said van Gerwen. "We've had some great games and I showed tonight that I was the best, and now I'm top of the league and very happy with that. I want to stay there and I will work very hard to stay there, but my aim is to win the tournament and there's a long way to go. This result will give me a lot of confidence because I had to work hard to win the game tonight. It was an amazing night. It's the first time we've played here and it was packed, and I think every one of the crowd enjoyed the night."

Wright remains unbeaten after he picked up a third draw of his debut Premier League Darts season to accompany four wins - although he needed a sensational 161 finish in the deciding leg of his clash with Raymond van Barneveld to earn a share of the spoils.
Van Barneveld had taken out 116, 108 and 156 as he moved from 3-2 down to lead 6-4, but the World Championship finalist showed his clash by hitting back for a point with his brilliant finale.

"I scraped a draw and I'm happy with that," said Wright. "I really enjoyed the match, but with the way Raymond was taking out the big finishes I didn't think I was going to win but I wanted to jump on him when I got a chance and I never gave up. I'm loving the Premier League and I want to perform for the fans every week. This is about entertaining the crowd and I think we did that tonight, and it's amazing for me to be part of the Premier League."

The result means van Barneveld drew for a third successive week, but the Dutchman said: "It's a good point for me but it was a fantastic finish from Peter in the last leg.

/ "Peter's done really well so far this season and he's an awesome player who is very dangerous and he deserves this success. I think a draw was fair tonight and it's another point for me. I'm happy to be on nine points after seven weeks because two top class darts players have to get relegated, and I want to make sure I make the Play-Offs now."

That run for van Barneveld is bettered by Robert Thornton, who drew his fourth successive game by sharing the spoils with Adrian Lewis, who hit back from 4-0 down to claim a point which keeps him in fourth place.

"I couldn't buy a double early on and Robert kept me under pressure, and at 4-0 down I hadn't done much wrong, but I had nothing to lose and relaxed, and I started pinning the doubles," said Lewis. I was gobsmacked when I walked on stage tonight. You get up on stage and look around at 11,000 fans and I got nervous, and that's probably why I missed a few doubles early on. The crowd were great and it was an unbelievable atmosphere, and a point wasn't a bad result for me tonight."

Thornton admitted: "It seems to be that I'm turning into a draw specialist! Adrian let me off the hook in the first half of the match and I took my chances, but then I did the same in the second half. You never take your foot off the pedal but if you don't get that dart that goes in then it costs you."

At the foot of the table, Simon Whitlock remains two points adrift after his draw with Dave Chisnall - although the Australian had been staring defeat in the face when his opponent moved 6-4 up.
Chisnall, though, was unable to close out victory and crucially burst his score when needing 80 in the deciding leg, allowing Whitlock to snatch a point on tops.

"I was happy with a point in the end, but it wasn't the result I wanted," said Whitlock. "Dave probably played better than me but I punished him for his mistakes. It hasn't been a great season for me but I'm improving and I'm still in there fighting. I'll give it all I've got for the next couple of weeks and hope it's good enough to survive."