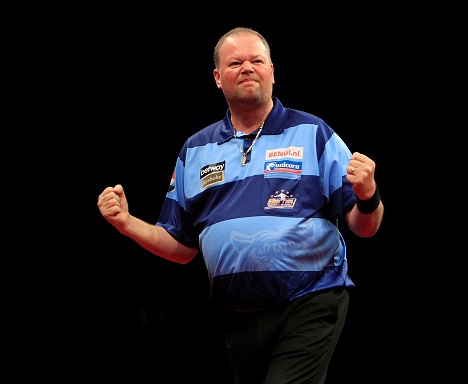 Dutch ace van Barneveld moved up to second in the Premier League table with his brace of triumphs in Sheffield, twice claiming 7-5 victories to continue his fine season.
He firstly edged out Chisnall in a thriller, with the World Grand Prix finalist hitting five 180s and a 164 finish only to miss two darts to claim a draw in the game's final leg, as van Barneveld followed up earlier finishes of 116 and 110 to claim the win.
The five-time World Champion later returned to the stage to defeat Wright by the same scoreline - moving him above the Scot in the Premier League Darts table. Van Barneveld hit a 136 finish in the game's second leg, and though Wright posted a superb 11-darter as he shared the opening eight legs, van Barneveld hit tops for a 5-4 lead before a crucial 129 checkout secured him at least a draw. Wright hit back to send another game into a deciding leg, but van BArneveld hit double eight as he sealed two more points.

"It's tough playing twice but I wanted to win both matches and I did, so I'm very happy," said van Barneveld, who had drawn his last five games ahead of the visit to Sheffield. "Dave played some absolutely awesome darts in our game and hit so many 180s, but his missed his chance to get a draw at the end and I was happy with that win. The game with Peter could have been a draw too, but that 129 finish was the biggest shot of the night for me and I'm over the moon to have won both games. I'm working hard and I want to make the top four, and I know I can do that but hopefully I can go all the way and win this tournament."

Wright left Sheffield without a point from his two matches on the night, having also lost 7-4 to Gary Anderson as the 2011 Premier League champion followed up the birth of son Tai last Friday with a fifth victory of the season.
Anderson never trailed after taking a 2-0 lead early on, and a showpiece 105 checkout of outer bull and two double tops moved him 6-2 up before he went on to complete the victory. "It's been a brilliant week for me and I'm glad that Tai arrived safely," said Anderson. "Since last Thursday I've not thrown a dart - I've been too busy changing nappies - so it's great to get a win like this. I'm having a big push to make the top four. The year's been going well so far, and I'm scoring well and hitting my finishes, and though I'm not 100 percent yet, life's good!" 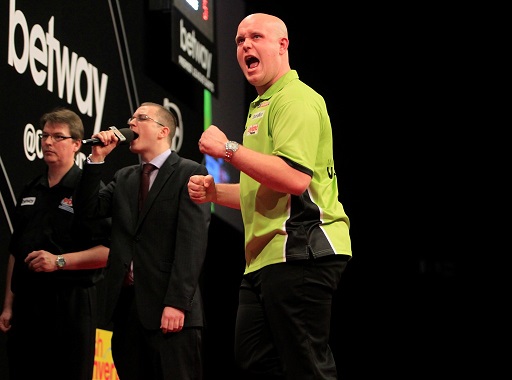 Reigning champion Michael van Gerwen maintained his position at the top of the table with a high-quality 7-5 win over Robert Thornton, who missed double 12 for a nine-dart finish during the game.
Thornton also led 3-2, but van Gerwen won the next three legs to turn the game in his favour before hitting two 180s in an 11-dart leg after the Scot sent the game into a decider.

"This was a very important win and I'm feeling really good after that," said van Gerwen. "At one point Robert broke me and got ahead, and hit some good shots. I was strong enough to take the game at the end and I was the better scorer. My form's still good and I've shown I can hit my darts at the right moments, and I'm fighting hard for every point. I want to keep this position I won't be relaxing even though I'm top. I play twice next week, so I'll be aiming for four points." 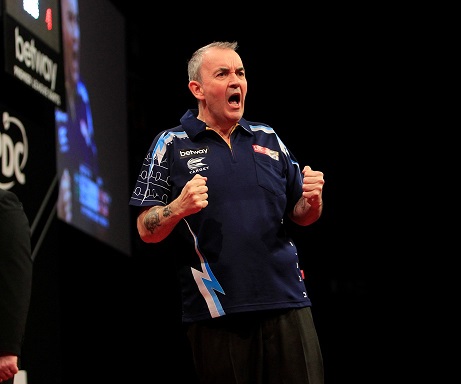 Six-time Premier League Darts champion Phil Taylor, meanwhile, moved into the top four for the first time this season as he picked up a 7-4 win over Adrian Lewis.
Lewis held leads of 3-2 and 4-3 but paid the price for missing two darts at doubles to extend that lead, as Taylor finished 102 to level in the eighth leg and took out a sensational 144 checkout in a run of four successive legs to claim the win.

"That was an important win and a massive game," said Taylor. "He kept going in front and I'd pull back, and the 102 finish was the shot of the match and I had to hit that. Then 144 was a big shot too and I'm really pleased. It's been in my mind all week that I could get into the top four and it's all about getting into the semi-finals now - but I want to get back to number one and I'm fighting to do that."