PHIL TAYLOR got back to winning ways in the McCoy's Premier League Darts with a 7-2 victory over Wes Newton in Cardiff on Thursday night, as Adrian Lewis blew the relegation battle wide open with a superb win against Robert Thornton. 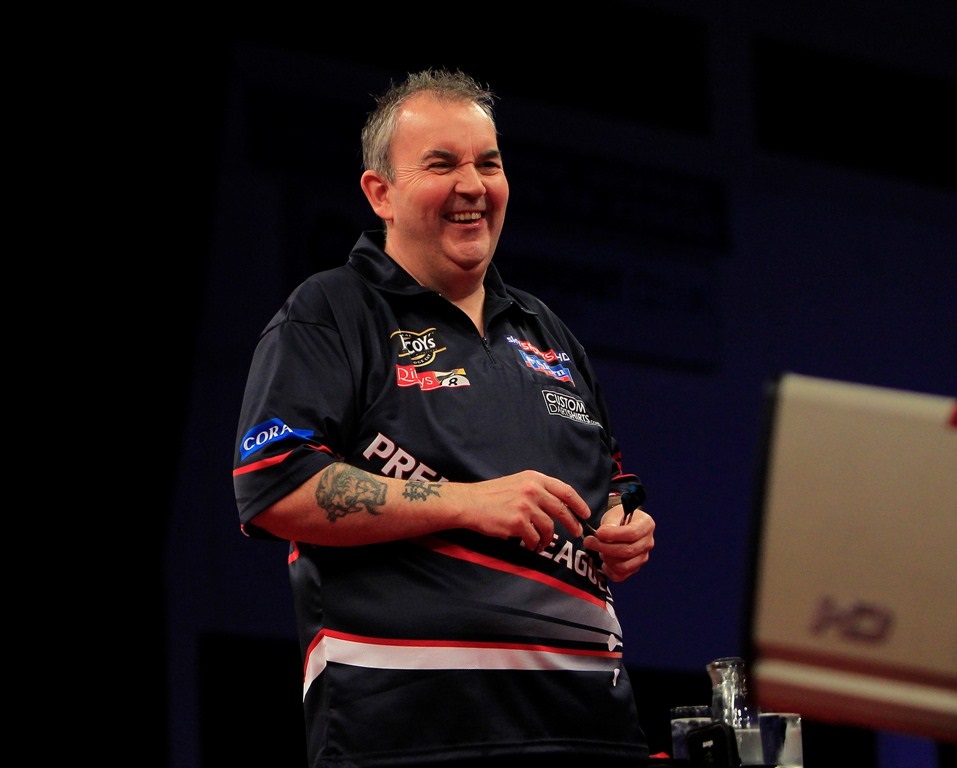 Reigning Premier League champion Taylor had suffered defeats in his last two games as he slipped out of the top four - and knew that a further loss at the Motorpoint Arena would see him suffer an unwanted treble for the first time since the event began in 2005.
However, he dropped only two legs in sweeping aside Newton, hitting finishes of 126 and 115 as he sent the Fleetwood ace to the foot of the table with only two weeks to go before the bottom two players are relegated.

"There was a lot of pressure on me tonight," admitted Taylor, who averaged 101 in the win. "It's the toughest Premier League there's ever been and I've been worried that I might not even qualify for the top eight in a couple of weeks. But Wes let me off a little bit and he didn't play as well as he can, and he's a lot better than he showed tonight."

Newton now sits two points adrift at the foot of the table, with Adrian Lewis having moved above Gary Anderson and onto five points as he edged out Robert Thornton 7-5.
Thornton landed a 161 checkout as he sent the game into a decider, but Lewis followed an earlier 155 finish by landing a key double five to earn both points in front of a capacity 4,000 crowd at the Motorpoint Arena. The triumph takes the world number two off the bottom of the table for the first time this season as he extended his unbeaten run to three games, as Anderson suffered a heavy 7-1 loss to Michael van Gerwen. 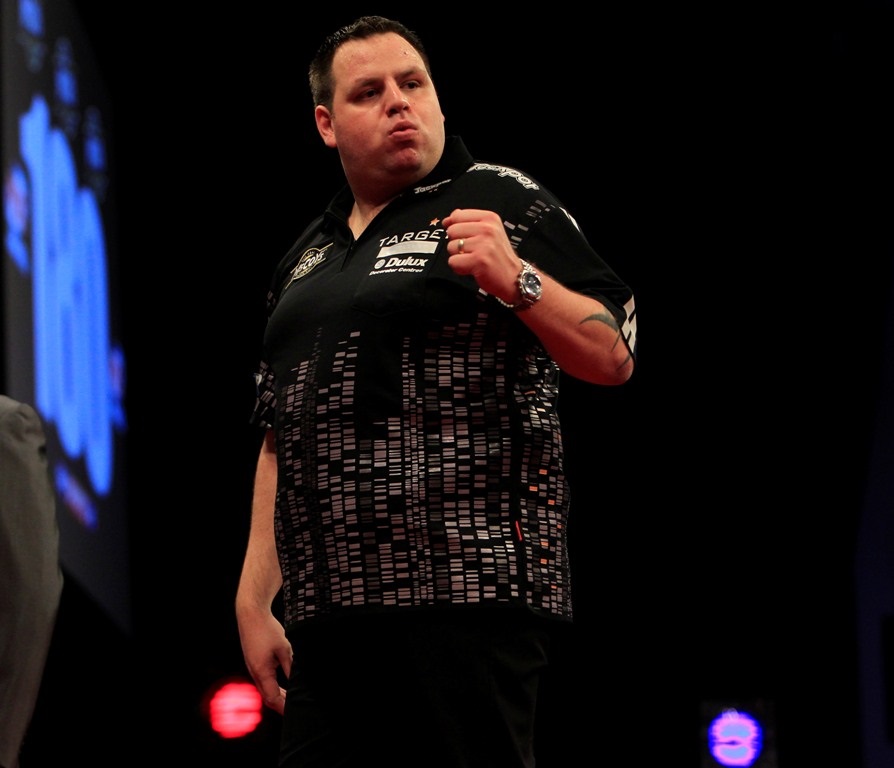 "I knew I had to win tonight and I'm delighted I did that," said Lewis. "The 155 was massive as I went 5-4 up but I let Robert back in and nearly let him get a draw, so I was relieved to get the win in the end. When I'm under pressure and my back's against the wall, I fight back and that's what I've done in the last three weeks." 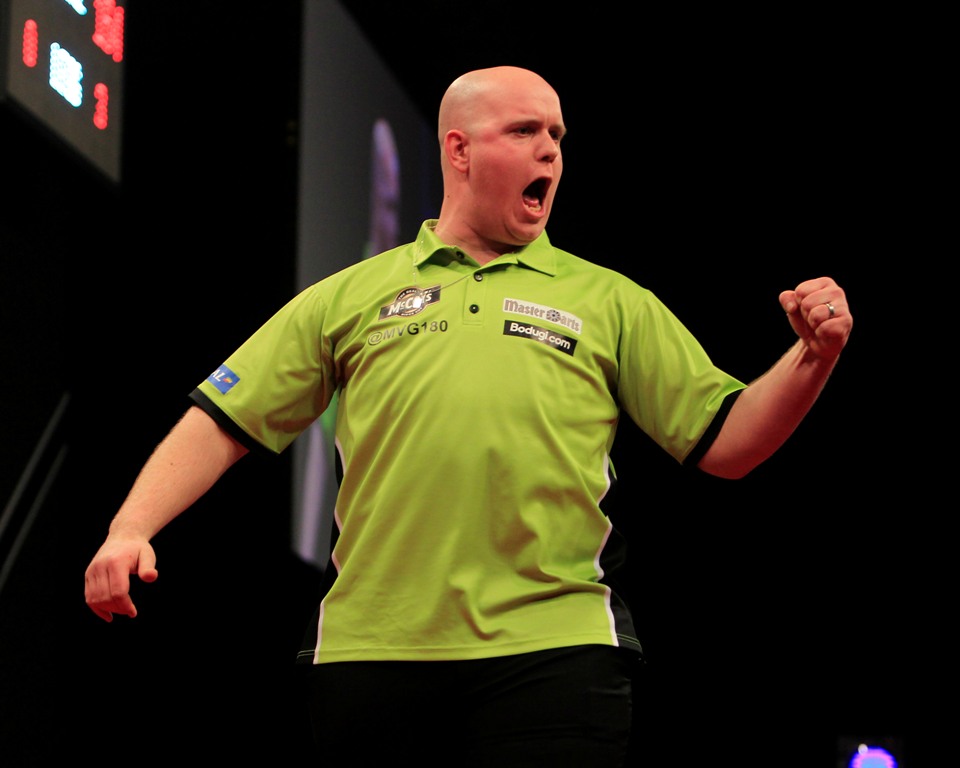 Van Gerwen produced superb checkouts of 164, 121 and 120 as he swept to his fourth win of the season, averaging a superb 107.22 in the process as he kept up his brilliant debut campaign.

"I played really well and I'm very happy with this," said van Gerwen. "My finishing at the beginning of the game was very good with those three ton-plus finishes but I was playing so well that I didn't give Gary any chances. I'm very confident at the moment and I feel like I could play every day! I can't be relegated any more and I want to keep my place at the top of the table."

Andy Hamilton defeated Simon Whitlock 7-4 with a typically gritty display as he moved onto eight points in the league table and left the Australian only a point above Lewis and Anderson.

"It was always going to be a crucial game but I love a battle," said Hamilton, who defeated Taylor a week ago in Manchester. We're all fighting for places and we don't want to be in the bottom two in a couple of weeks time, so the main thing is that I got another two points and I can relax and enjoy the next couple of games. Last week has given me so much confidence and but this game wasn't going to be about averages. I always had control of the game and even though let it slip a couple of times, I'm delighted I came out on top."

The night's other game saw league leader Raymond van Barneveld grab a draw with 2009 champion James Wade to leave the Dutchman tied at the top of the table with van Gerwen following seven weeks.
Van Barneveld led 3-1 early on before Wade hit back to move ahead, and though it was the left-hander who took a 6-5 lead to secure a point, the five-time World Champion hit double eight to share the spoils.

"I'm happy with a draw and it's another point gained," said van Barneveld. "I didn't play my best game and didn't feel comfortable and sharp on stage but after 3-1 up I probably should have lost. I dug in and got a point in the end, and I'm happy to have ten points after seven weeks and be at the top with Michael. I've got Phil Taylor in Glasgow next week and I have to sharpen myself up for that game because if I don't he'll hammer me."

Wade admitted: "In my opinion it's a point lost, but Raymond missed a few doubles during the match too. It was important this week to pick up a point and I'll take that because it could be crucial later in the season."

The McCoy's Premier League Darts continues next Thursday with the eighth league night being held in front of a sold-out 6,000 crowd at Glasgow's SECC, in the penultimate night before the bottom two players are relegated.

After rising to the top of the table, van Gerwen is now the 2/1 joint favourite to win the title alongside Phil Taylor with McCoy's Premier League Darts official betting sponsors Coral.
Van Barneveld is the 5/1 second favourite, with Wade rated at 9/1, Hamilton 16/1 and Lewis 18/1 to lift the trophy in May, while