PHIL TAYLOR suffered a second successive McCoy's Premier League Darts defeat as he went down to Andy Hamilton at the Manchester Arena on Thursday, but Raymond van Barneveld maintained his position at the top of the league table after six weeks. 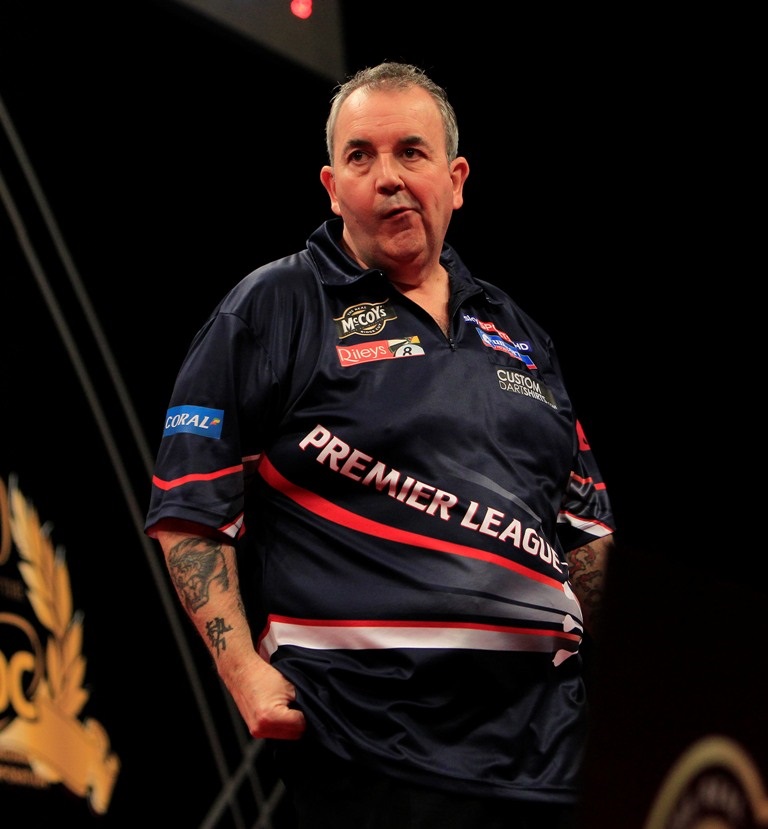 Reigning Premier League champion Taylor had been edged out by Gary Anderson in Nottingham a week ago, and was defeated 7-3 by Hamilton in their all-Stoke clash in Manchester. Hamilton had claimed only his second career win over Taylor when he won their UK Masters quarter-final in Minehead last Sunday - but only had to wait a further four days to make it three victories. Taylor led 2-1 early on before Hamilton took four successive legs in moving 5-2 up, and although the World Champion hit back on double seven, finishes of 68 and 90 for back-to-back 14-darters sealed the 45-year-old's win.

"It's probably the biggest two points of my Premier League career and it feels absolutely brilliant," said Hamilton, who averaged 101.40 in the victory. "I know what I'm capable of and I finished well. To beat Phil again shows that I'm on top form, and it shows that last weekend wasn't a fluke. I'm throwing solid darts, scoring well and if I keep finishing well then there's no reason I can't go a long way in this Premier League. I thrive on the pressure of the Premier League and the crowds." 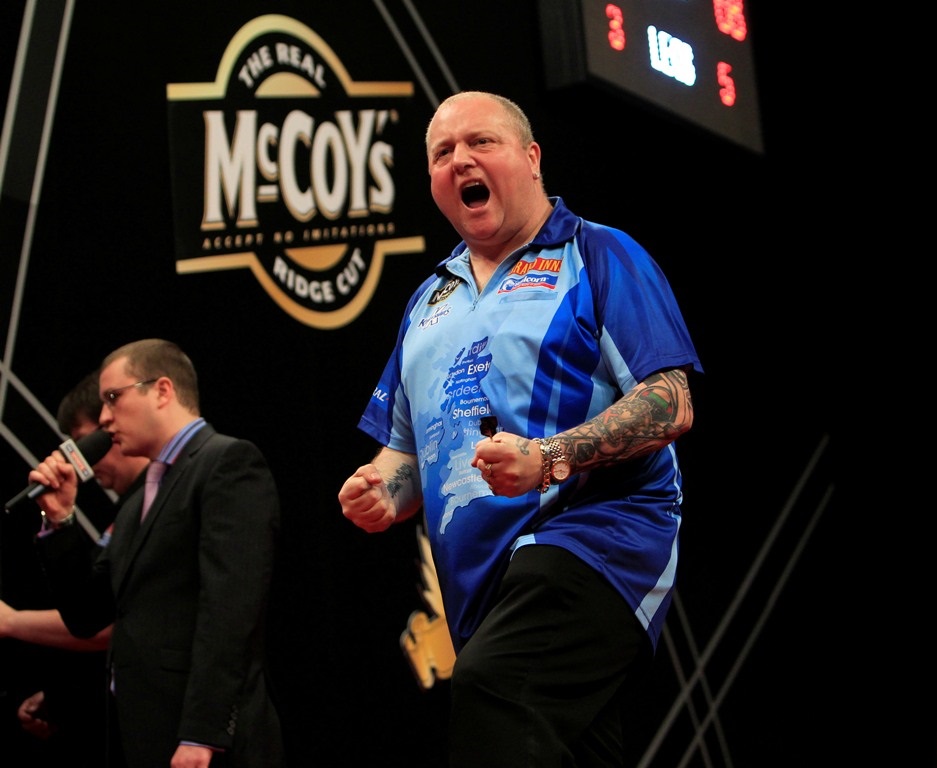 Hamilton will now play Simon Whitlock in a massive clash next week in Cardiff, after the Australian produced some superb finishing to win a high-quality clash with 2009 Premier League Darts champion James Wade which saw the players share six ton- plus finishes.
Wade took out finishes of 170 and 103 in moving 3-2 up before Whitlock posted checkouts of 100 and 101 in taking a 6-3 cushion, and although the left-hander finished 144 to keep his hopes alive, the European Champion sealed his victory by completing a 120 game shot.

"This is a huge win," admitted Whitlock. "I need every point I can get, so I'm over the moon to get both points. It was an enjoyable game and every time I missed a double James took advantage, and his 170 was brilliant. All the Premier League players are practising more than ever and it's tough every week - there's no easy matches." 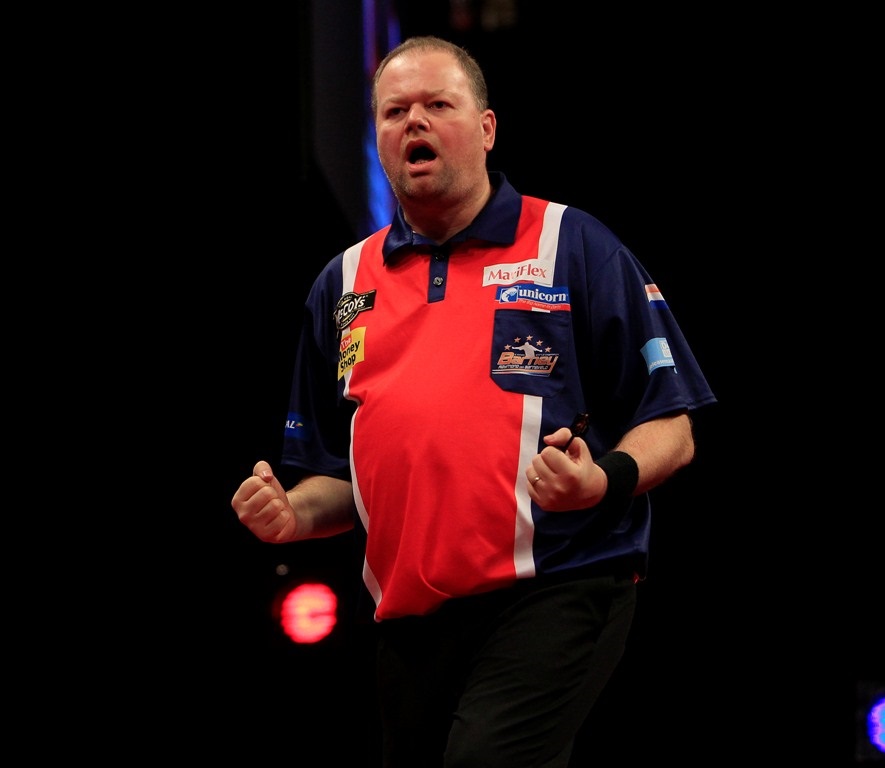 Dutchman Raymond van Barneveld's superb season continued as he moved onto nine points in the league table with a draw against Scot Robert Thornton, who jumped above Taylor into fourth place with a point.
Van Barneveld led 6-4 as he ensured at least a point before Thornton took out 100 with two double tops to stay in the game and finished 78 to share the spoils.

"I think the draw was a fair result," said van Barneveld. "I have to take my hat off to Robert because he played really well and it was a good game. It's Robert's first Premier League and he's enjoying it, and it makes it harder to beat him. He's got so much confidence in his game at the moment and he puts you under pressure in every leg. I wasn't too happy with my scoring tonight but I'm happy with a point and it's great to be top still after six weeks."

UK Open champion Thornton said: "I think neither of us probably deserved to win it, because neither of us were able to hold onto a lead. I'm going up there every week to enjoy myself, and if I can get one or two points then I'll be happy enough."

Michael van Gerwen moved into second place with a superb 7-4 win over Wes Newton, who hit two ten-dart finishes during the contest as he pulled back from 3-1 down to level at four legs apiece before the Dutchman took the next three to claim the points. 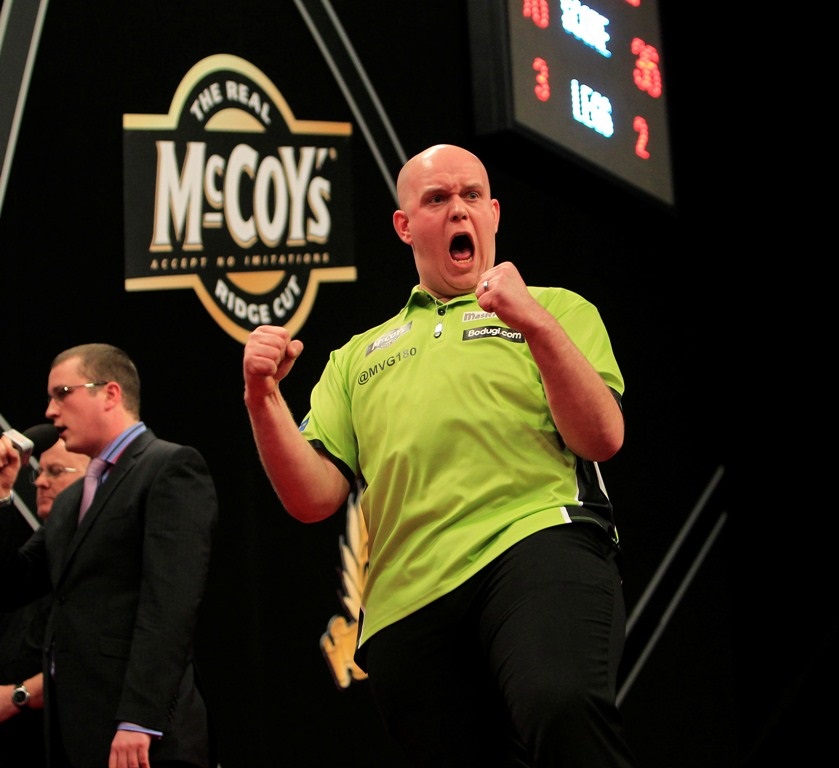 "Wes played well and it was a fantastic game, so I'm very happy with the win," said van Gerwen. "I'm doing well at the moment, I've got another two points in my pocket and it's fantastic because I've put myself in a good position for the next few weeks. I'm working hard and enjoying myself, and that's showing in my game. Wes was hard to beat but I think I was the better player and at the moment I feel like I can throw a 100 average every week."

Newton admitted: "I battled my heart out but it wasn't enough in the end. Michael's been incredible for the last month and he's so confident, and sometimes there's nothing you can do against it. I played really well in stages - I've had two ten-darters and was on a nine-darter and only won four legs, so I've got to take the positives out of it and move on to next week. I'm playing the best players in the world every week, and I'm disappointed to get beaten but the standard now is unbelievable. I'm playing well but not getting the results at the minute but hopefully next week a bit of luck will be on my side."

Newton's defeat allowed Adrian Lewis to join him on three points at the foot of the table after he was forced to settle for a point from his clash with Gary Anderson.
Lewis came from 2-0 down to lead the contest and was the first player to secure a point when he moved 6-5 up, but 2011 Premier League champion Anderson showed his class by hitting a ten-dart leg to snatch a draw.

"We both missed some doubles there but I'm happy with that," said Lewis. "We always seem to have exciting games and we had chances to break each other at times which we didn't take. When I got to 6-5 I wanted to relax and go on and win but Gary put in a brilliant level. He dug in deep and showed a lot of bottle."