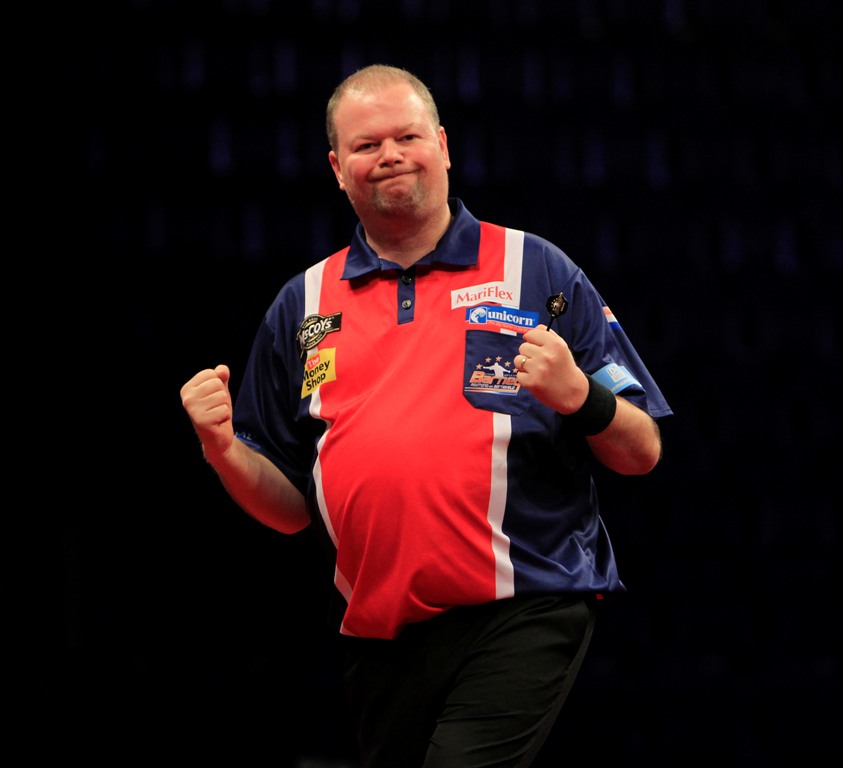 Dutch star van Barneveld continued his brilliant start to the season with a 7-5 defeat of Andy Hamilton in Nottingham, picking up his fourth win of the campaign. Hamilton shared the opening eight legs of the game, but van Barneveld won the next two to ensure a minimum of a point at 6-4, and after the Stoke ace hit back to force a decider he sealed victory with a fine 11-dart finish.

"I'm over the moon," said van Barneveld. "I'm really happy with my form and hopefully I'm on course to finish in the top four because the semi-finals is my aim. I'm very focused and I still believe that every week's a final, so I'm really pleased to have won four out of five and be on eight points. When Andy broke my throw to pull back to 6-5, I thought he was going to get a draw because he had the throw in the last leg, but I relaxed in the last leg and hit an 11-darter."

Van Barneveld now sits a point clear of James Wade in the table, after the 2009 champion continued his own run of good form with a 7-1 rout of previously unbeaten Robert Thornton. Wade took out two 121 checkouts and finished seven doubles from nine attempts, and averaged a superb 105.73 to pick up his third win of the season.

"It was good," said Wade. "I felt comfortable and although I got a little bit nervous in mid-game I'm happy with how I played. I know there's more to come still and I'm happy to win because Robert has been playing well. I'm enjoying it, practising hard and it's showing in my game again. My finishing's good, but what's more apparent than ever is that my scoring's starting to be there and it's all starting to come together." 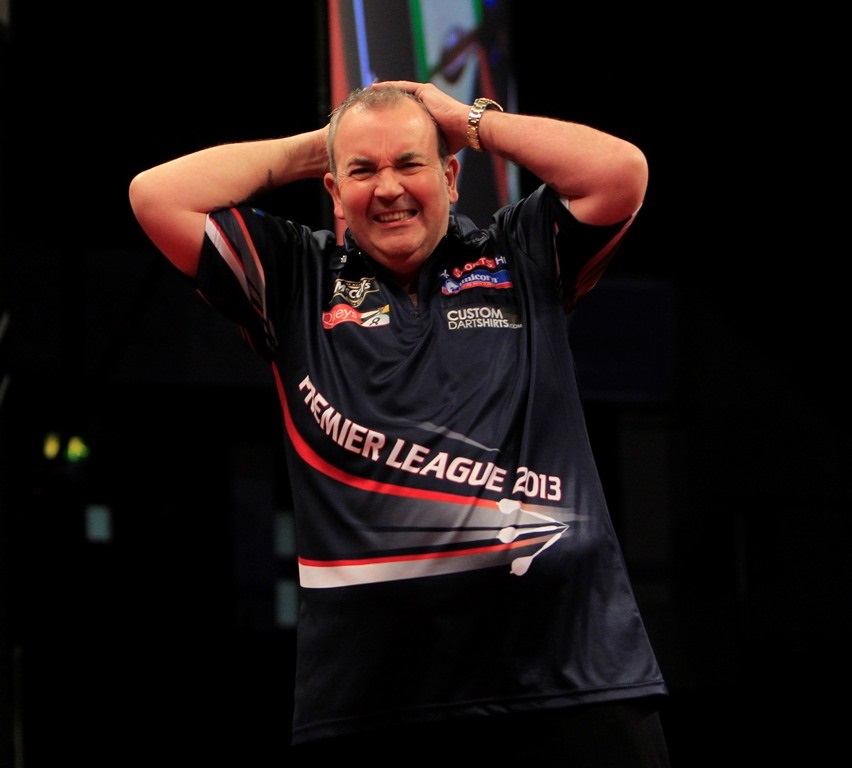 Reigning Premier League champion Phil Taylor also saw his unbeaten record slip away as 2011 winner Gary Anderson came from 2-0 down to edge a 7-5 win. The Scot hit two 13-dart legs to get himself into the game and also took out a 100 finish as he clawed back level, and after the pair found themselves locked at five-all it was Anderson who took the game's final two legs for his second win of the year.

"It's a great boost to beat Phil," said Anderson. "I've played Phil a lot of times and been hammered so I'll take this - but I thought I was going to throw it away at one point and it was great to finally hit that double ten. I usually struggle on double ten but they were pretty good tonight. My game's still not where I want it to be on stage and the game I'm producing in practice isn't coming out on stage yet. I had a shaky start, but I shut my eyes and the darts seemed to go in!"

Taylor admitted: "I missed some doubles there and Gary hit some great doubles of his own, and he beat me fair and square. It's a long season and there's a lot of games left, and I'll look to put it right next week." 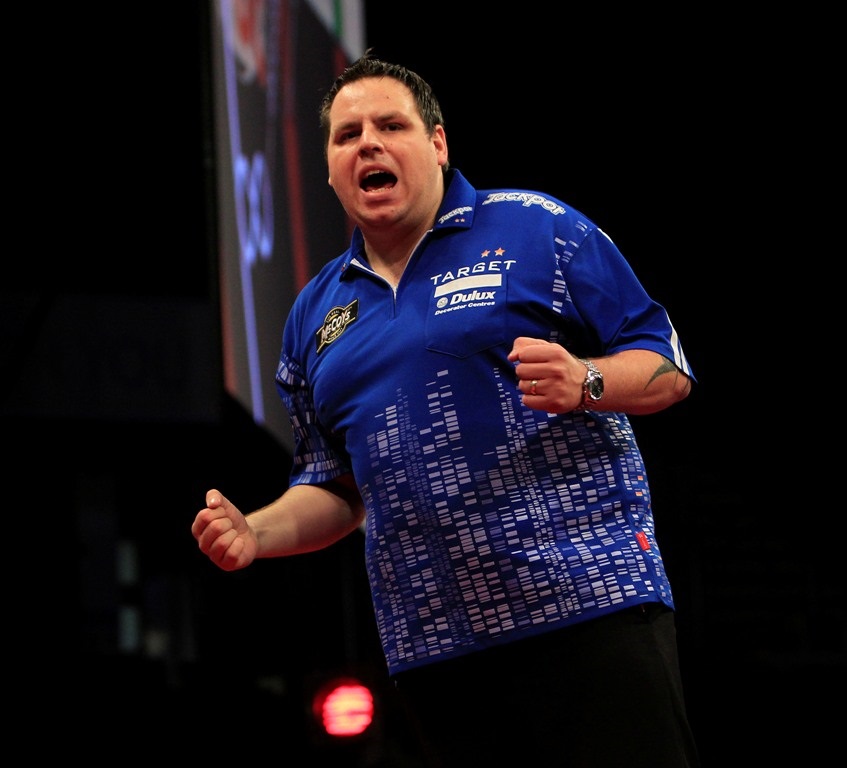 World number two Adrian Lewis picked up his first win of the season and also condemned Michael van Gerwen to his first Lewis took command by winning four of the opening five legs, and hit five 180s as he went on to close out a much-needed triumph.

"Michael's been the best player in the world for the last six months, so I'm very proud to go up there and beat him," said Lewis. "He didn't make a great start and I had to jump on that. I knew it was going to be tough and I had to show my class tonight, and I thought I did that. I've been practising brilliantly and not performing on stage, and it has tested me. I felt like the world was on my shoulders and everyone expects a lot of me, which is understandable, but I've got my first couple of points on the board now."

Australian ace Simon Whitlock was the night's other winner, as he came from 4-1 down to take a 7-5 victory over Wes Newton, hitting finishes of 116 and 120 along the way to a second win of the season.

"That's a very important victory because a couple of guys underneath me in the table had wins tonight," said Whitlock. "When Wes went 4-1 up I dug deep, I never gave up and I'm pleased with the result. I did a couple of good finishes under pressure there and the 120 was massive for me. It gives me a lot of confidence and I'm quite happy with that."

The results leave Lewis only a point behind Newton at the bottom of the table, with Hamilton, Whitlock and Anderson on four points.
Van Barneveld tops the standings with eight points, one ahead of Wade and two clear of Taylor, van Gerwen and Thornton, who have six points from their opening five matches.