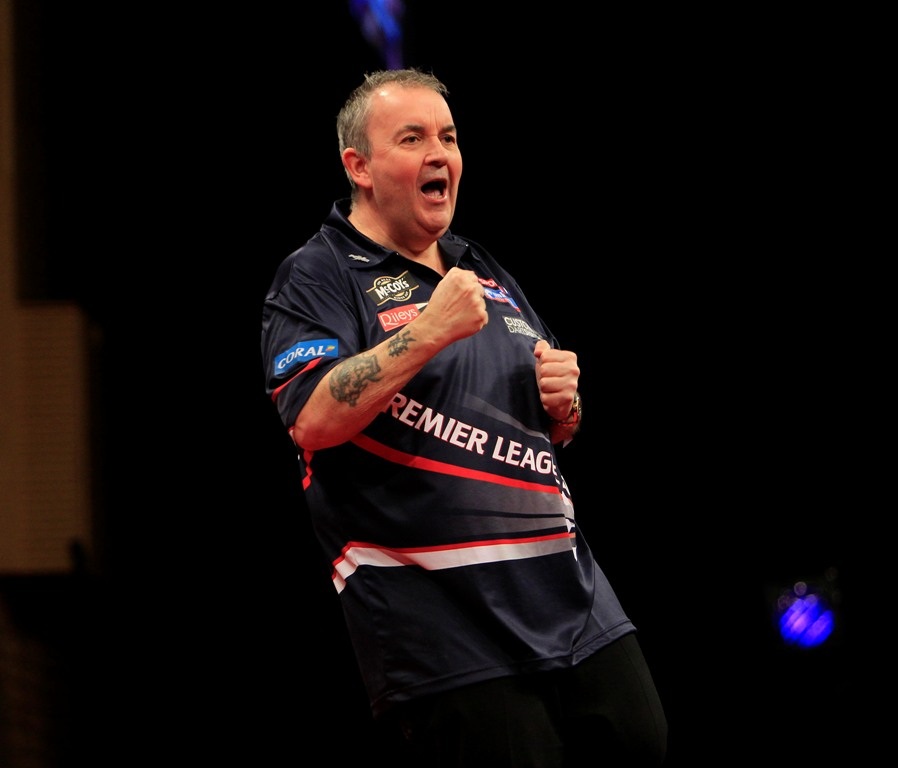 Taylor hit top gear in week three of the tournament, averaging over 107 in a superb 7-2 defeat of the Australian in their repeat of last season's final.
Whitlock hit a 140 finish in sharing the opening two legs, but Taylor replied with a 127 checkout in moving 3-1 up before taking four successive legs to power to victory. The win moves Taylor a point clear at the top of the table, as he followed up his opening week draw with van Gerwen with a second successive win.

"You're not going to win the Premier League in the first four or five weeks but it's great to play so well," said Taylor. "I knew I could relax against Simon because he's always going to play well against you and it was a cracking game. I enjoyed it and I could tell by the crowd that they were enjoying it too." 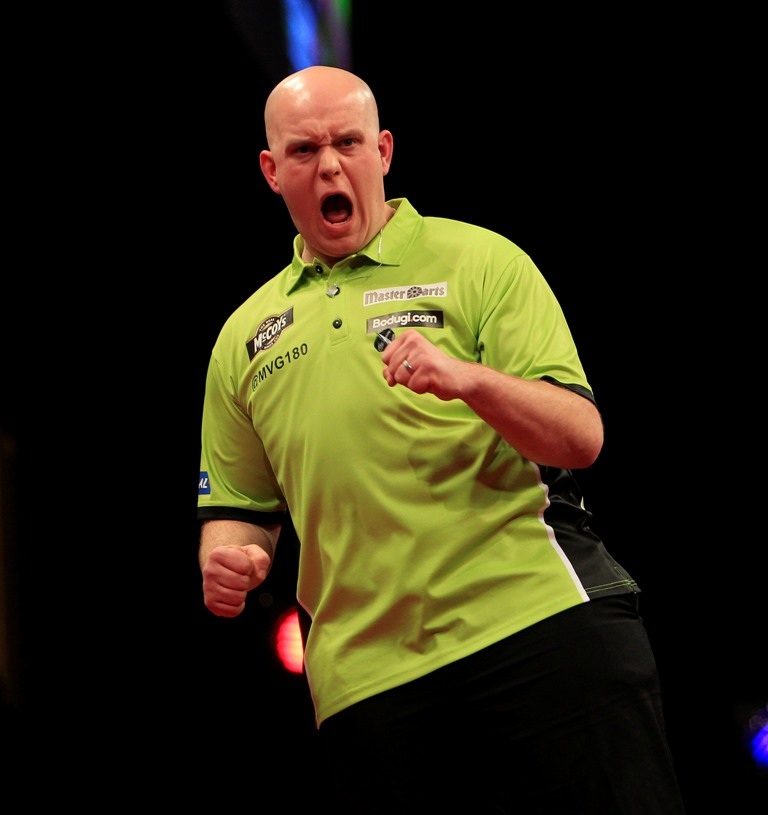 Van Gerwen, meanwhile, hit back-to-back ten-dart finishes and averaged 104 in a superb 7-3 defeat of fellow Dutchman Raymond van Barneveld. Van Barneveld, who took victory when the pair met in the Grand Slam of Darts final last November, shared the opening four legs but was punished for missed doubles as the youngster moved 4-2 up.
The five-time World Champion won the seventh leg to cut the gap to one leg, but van Gerwen hit successive ten-dart finishes to pull away before sealing victory with a 14-dart leg.

It was a very difficult game for me because I didn't want to lose tonight and it's a great result," said van Gerwen. "I want to keep this going now because it shows that I'm still playing well. Getting the win was the most important thing but to beat Raymond is special. He's the best-ever Dutch player and to average 104 against him is amazing."

Van Barneveld and van Gerwen are joined on four points in the league table by Andy Hamilton, James Wade and Robert Thornton, who all picked up points from their games at a sold-out BIC on Thursday night.
Hamilton edged out Gary Anderson 7-5 to win his second successive game, but was made to work all the way as the Scot hit back from 5-2 down to level, before missing three darts to grab a draw in deciding leg.

"Gary's a massive scorer but I stuck in there and took my chances," said Hamilton. "Phil Taylor's at the top of this game because he takes out big shots at critical times, and that's what I'm doing at the moment. You don't have to be the biggest scorer around but you have to be the best finisher around. I'm trying to win every game as quickly as I can - it doesn't always work out like that but I'll keep plugging away and hopefully keep winning." 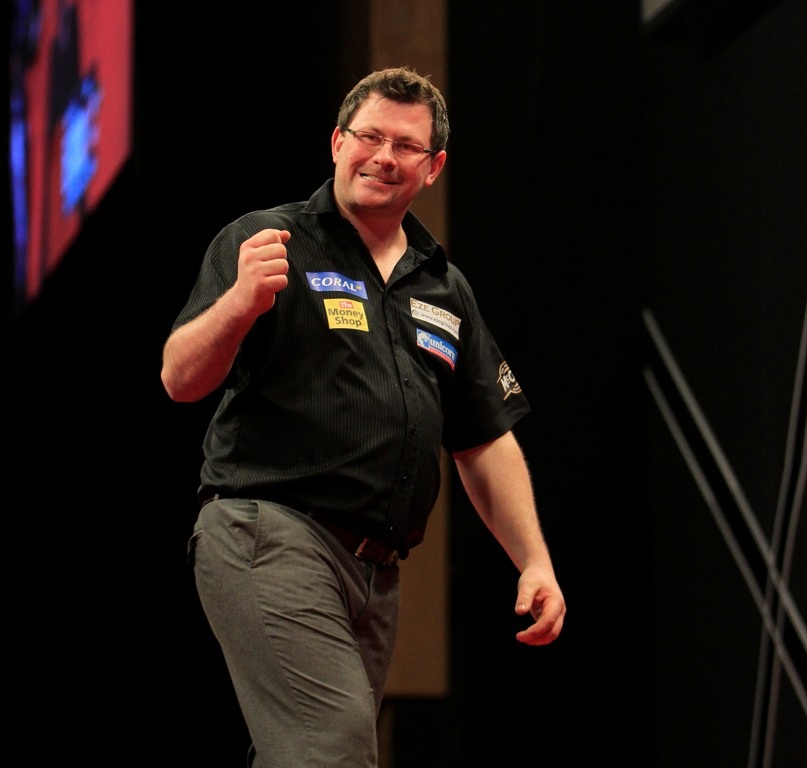 Wade, meanwhile, produced his best performance so far this season, averaging 100.59 in a fine 7-4 victory over Adrian Lewis. The 2009 champion took command by landing three 180s in taking a 5-2 lead, and he went on to win his second game of the season to condemn the world number two to a third straight loss.

"Winning the game was the main thing and I made the most of my opportunities," said Wade. "The threat of relegation after nine weeks has made us all play a bit better, and to win two out of my first three games is pretty good. I felt so good but I felt that I still had so much more to give if it had got a bit closer."

Thornton, meanwhile, joins Taylor and van Gerwen in remaining unbeaten following three games, although he had to come from 6-3 down to claim a draw with Wes Newton.
Newton hit four 180s and checkouts of 131, 120 and 111 as he secured his first point of the season, but missed one match dart as Thornton took the game's final three legs to share the spoils.

"It was a big game tonight for me because the longer you go without a win, the greater the pressure gets," admitted Newton. "I played a lot better than I did in the first two weeks and I'm up and running now on the league table. When I was 6-3 up I thought I was going to get the win, so I'm a bit gutted to be only walking away with a point, but Robert didn't give up. He kept the pressure on me and got the point he deserved."

Thornton admitted: "I got out of jail there! I thought Wes had me beaten when he went 6-3 up but I relaxed and managed to claw him back at the end."

Lewis is now left at the foot of the table as the only player without a point following three matches, and conceded: "It's so frustrating at the minute. I'm hitting the wires with a lot of darts and it's not happening for me, but James took his chances really well. I'm practising well but I'm going on stage and it's not happening."