PHIL TAYLOR got his McCoy's Premier League Darts Play-Off challenge back on track by picking up three points as the tournament visited Dublin on Thursday night, as Michael van Gerwen moved four points clear of his rivals with two wins at a sold-out O2. 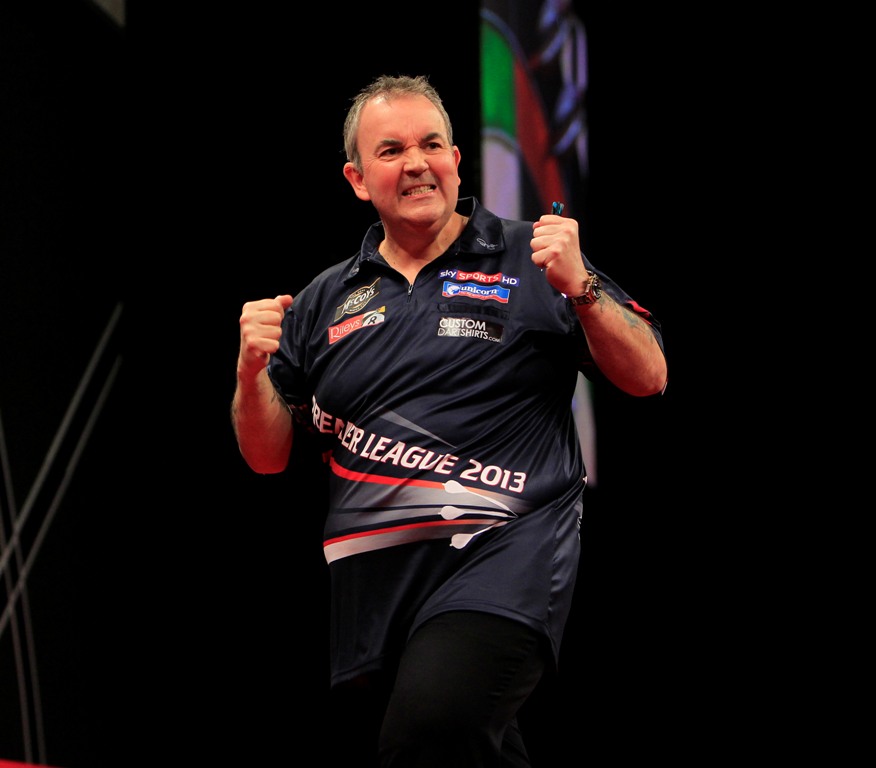 Reigning champion Taylor crossed the Irish Sea having lost his last two matches and slipped to fifth in the league table ahead of a key night in Dublin.
However, he averaged 105 in a fine display to open the six games in front of 9,000 fans at The O2 in style with a 7-3 win over Andy Hamilton, getting back to winning ways with a strong showing.
He later took on Dutch rival Raymond van Barneveld, who picked up his first point against Taylor in the Premier League since 2006 but was punished for missing five darts to claim his first-ever win over the Stoke ace in the tournament. Van Barneveld hit six 180s as he took command of the game at 3-1 and 6-4, but missed darts to claim both points in the final two legs as Taylor finished 111 to grab a draw and complete a successful night in Dublin.

"I'm happy to have picked up three points because it was a hard night for me," said Taylor. "I was pleased with my finishing in both games and the 111 against Barney was a massive shot. We both missed some doubles during the game and a draw was probably a fair result."
Taylor added: "I'm trying everything to improve my game. It's not quite right yet but I've got a few days to put it right yet ahead of Birmingham next week, when I've got two more tough games." 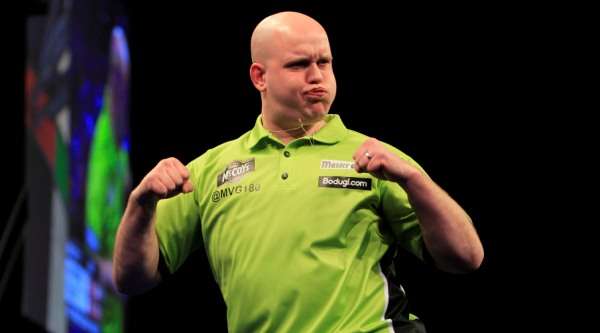 Van Gerwen, meanwhile, moved four points clear in the league table after picking up a double victory for the second successive week.
He firstly averaged 106 as he completed a Premier League double over van Barneveld in their all-Dutch clash, before edging out Adrian Lewis 7-5 in the night's final contest. He found himself 3-1 down to the two-time World Champion - despite winning his only leg with a 158 checkout - but turned the game on its head with four successive legs to take command before finishing 108 in the game's deciding leg to secure both points.

"To get another four points is amazing and I'm very happy with that," said van Gerwen. "I'm in a good position now in the table and I'm loving the Premier League. It's always special to beat Raymond and I was really happy with my performance against him. The second game wasn't my best but I hit some great finishes, the 158 early on and the 108 to win it. The crowd was amazing - it's the biggest crowd I've ever played in front of and I had goosebumps, and it was special to win both matches."

2009 Premier League champion James Wade moved second in the league table, jumping above van Barneveld with a 7-4 victory over Scottish ace Robert Thornton. The pair shared the game's opening eight legs, wit h Thornton finishing 140 and 118, but Wade secured a crucial break of throw in the ninth leg by taking out 68 before winning the next two legs to seal his seventh win of the season.

"It's a very tight league table and it could be an important win," said Wade. "To beat Robert at the moment, you've got to be playing well and I don't think I played a great game but I played the right game. It's another step in the right direction and I'm pretty close to sealing my place in the semi-finals." 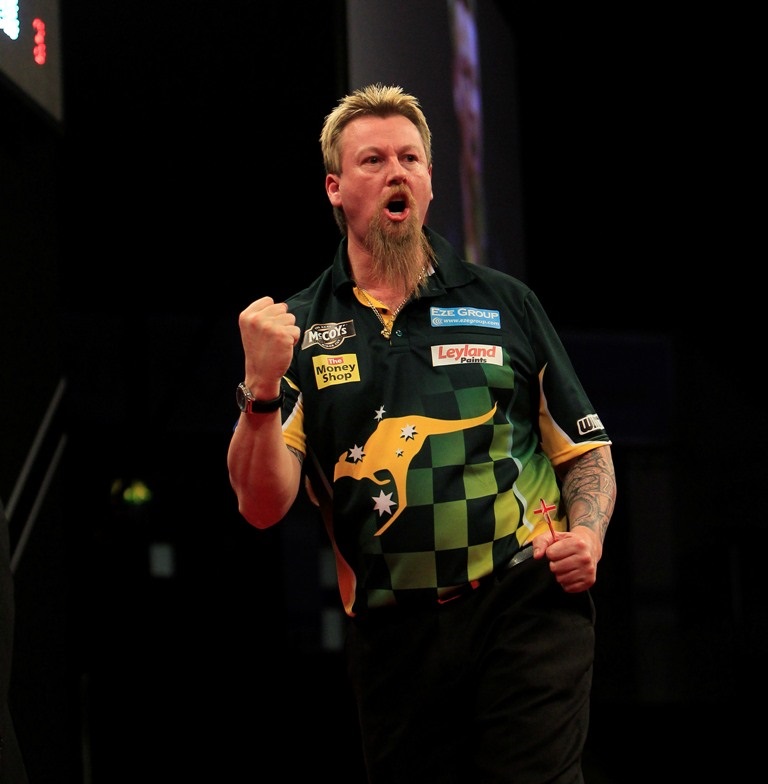 Australian ace Simon Whitlock's challenge to win a Play-Off place continues after he won a second successive game by defeating Hamilton 7-3 in their clash. The win takes Whitlock level on ten points with Hamilton, who lost twice on the night, with both now three points adrift of fourth-placed Taylor.

"I didn't play my best game but once I got in front I felt pretty comfortable," said Whitlock. "I think Andy struggled with playing two matches, and if he'd won his first match it might have been a different story. He doesn't usually throw many loose darts but there were a few loose darts in there and I took advantage of every chance I had. I need to win pretty much every game to make the Play-Offs and this is another step towards that."