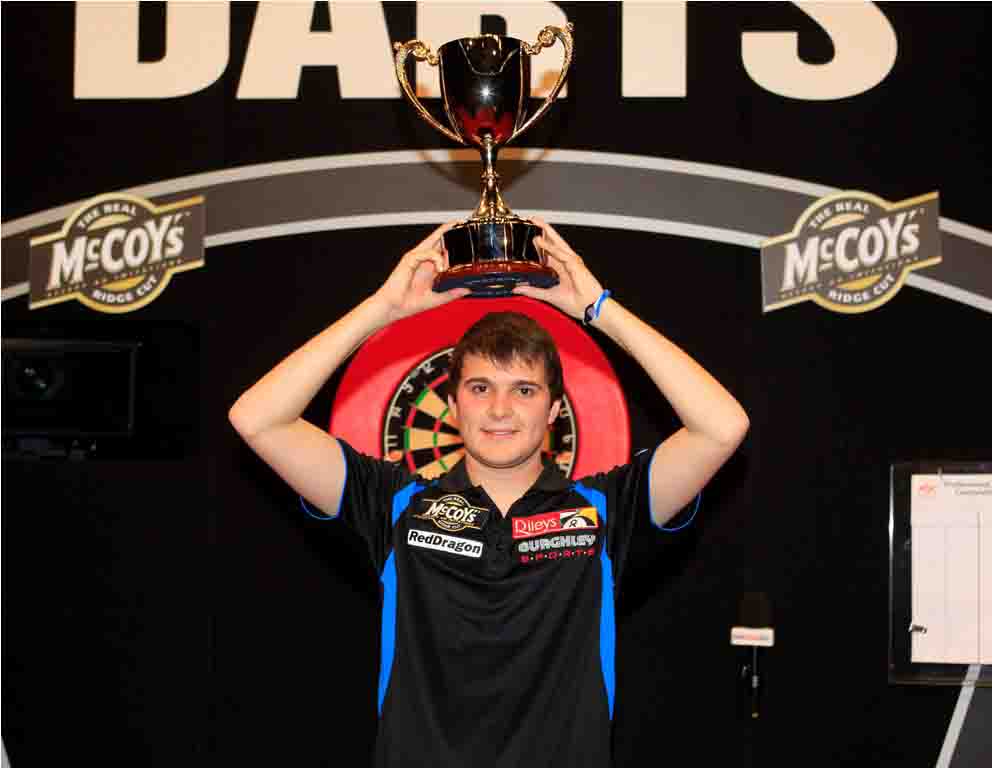 Teenager James Hubbard was crowned as the PDC Unicorn World Youth Champion following a 6-3 victory over Michael van Gerwen in their final at The O2 in London.
Hubbard, who only turned professional last November, produced an impressive display to condemn van Gerwen to defeat in the final for a second successive year, following his previous loss to Arron Monk in January 2011.
The 19-year-old took command from the start after opening the game with an 11-darter and taking a 3-0 lead, to mean that van Gerwen's fightback eventually came in vain.

"It feels amazing," he said. "When you start playing darts, this is what you dream of, and to play in front of 10,000 people is a dream come true for me, and to come out as World Champion is amazing. I was nervous before the game but Simon Whitlock was brilliant and gave me lots of advice, and the start I made on stage was terrific and settled me down. I didn't think I'd win it to be honest because Michael's so experienced and such a brilliant player. You always believe in yourself, but when I hit that double top it was the most amazing feeling of my life."

Despite stepping on stage in front of 10,000 fans at London's O2 Arena, Hubbard showed no nerves with a superb opening, hitting scores of 140, 180 and 145 in the opening leg as he finished double nine for an 11-darter. He then scored 171 to leave 32 in the next as he broke throw on double eight, after van Gerwen missed tops, and a nerveless 81 finish of treble 15 and double 18 for a 14-darter moved him 3-0 up.
Van Gerwen replied in 14 darts to get off the mark, finishing 76 on double eight, before Hubbard landed two 140s and a 120 before hitting double ten to lead 4-1. The Norfolk prospect faltered for the first time with five misses at doubles in the sixth leg, as van Gerwen posted double 16 and then produced a quality 12-darter - featuring a 180 and a 102 finish of single 20, bullseye and double 16 - to reduce the gap to 4-3. However, the Dutchman could only watch on in the next after leaving 74, as Hubbard finished 51 on tops to move to the brink of victory, and when van Gerwen missed double 15 to take out 88 he stepped in to land tops for the title and a 10,000 pound first prize.