The Six Nations Cup in the beginning was a BDO tournament and was played for the first time in 2002. Originally a men's tournament only in 2010 a ladies tournament was added.
It seems that by now the national English organisation - the England Darts Organisation (EDO) took over and organises the tournament less dependent from the BDO. The EDO as well nominates the English players taking part.

The tournament is always played at the last weekend in February. Taking part are teams from England, Scotland, Wales, Northern Ireland, the Republic of Ireland and the Netherlands. Each team consists of six men and four woman, five men and three women are the active players the other two are substitutes.
Played is alternate in all countries taking part while the national darts organisation of the respective country is the organiser.

In all phases the matches are round robin, each player of a team plays every player of the opponents. In phase one the men play at least 15 legs and the women all 9 legs.
In phases two and three the winner of a match is the team that has won 13 legs first.

The till now only Nine-Darts - one of the rare Nine-Darter in international torunaments - was thrown by John Walton in 2010. 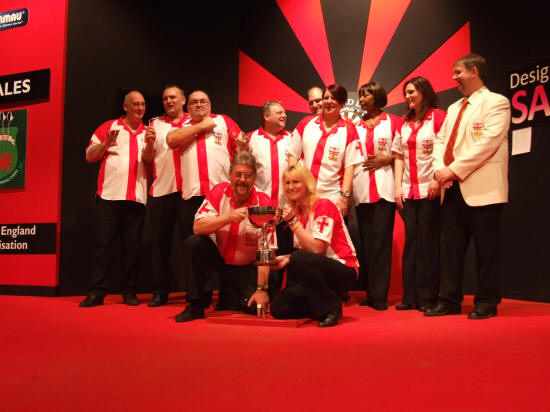