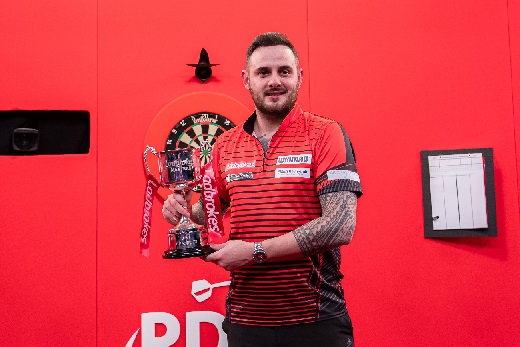 The Masters is a PDC tournament which was played for the first time in November 2013. The tournament took place in Scotland. In 2015 the tournament moved to Milton Keynes and now usually is played en of January.

In this tournament the Top 24 (first Top 16) of the PDC Order of Merit play in a knock-out format over three days against each other. On Friday the First Round takes place with the Top 9 -24, on Saturday the Second Round is played and the seeds enter the tournament and on Sunday quarterfinals, Semifinals and Final will be played.

First Round is Best of 11 Legs, Quarterfinals are Best of 15 Legs and Semifinals and Final Best of 19 Legs.

The tournament is televised by ITV 4.