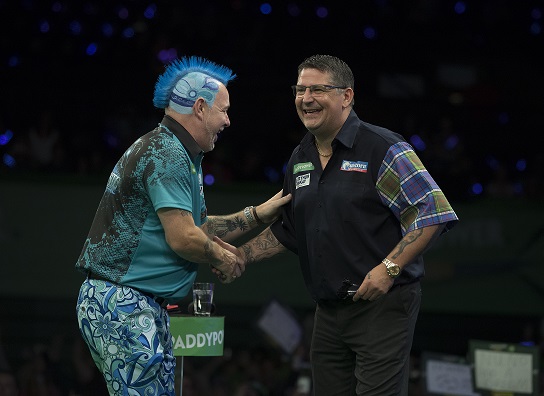 The Champions League is a new PDC tournament which for the first time will take place in September 2016 in the Motorpoint Arena in Cardiff. Despite the name is similar to the Championship League the two tournaments have nothing in common.

In the inaugural tournament the top eight of the PDC Order of Merit after the World Matchplay will take part. The players are divided into two groups. In the group phase similar to the Grand Slam the tournament will be played in round robin. The first two of each group after the group phase play in the semi-finals. Semifinals and final are knock-out.
The tournament is legs throughout.
In its first year the tournament is sponsored by Unibet. The price money for the winner will be 100 000 pound. All price money won will not count for the rankings, The winner and the runner-up will be invited to the Grand Slam.