Since 1985 it is hold in the Lakeside County Club in Frimley Green in Surrey and when Embassy stopped to sponsor the World Championship in 2003 the Lakeside Country Club took over the sponsoring. So one often hears "Embassy" for the early days of the tournament while now it is called "Lakeside". 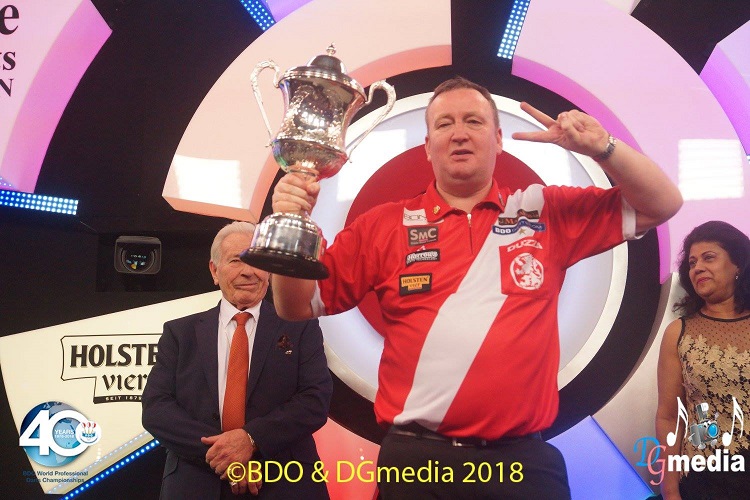 In all those years since the first World Championship never a player was so dominant as Phil Taylor is in the PDC. In the 1980's Eric Bristow won the title five times, but only he and Raymond van Barneveld were able to defend their titles.
Raymond van Barneveld won four times and John Lowe three times.
Jelle Klaasen in 2006 was the youngest winner, Martin Adams with almost 54 years in 2010 the oldest. Raymond van Barneveld, John Part, Tony David and Jelle Klaasen were the non British champions and Martin Adams was the player who with 17 times most often took part.
Though Bobby George never managed to win the title, only two times stood in the finale, he certainly is one of the most enigmatic players of the BDO World Championship. Ted Hankey is the "bad" boy and hands out plastic bats to the crowd during his walk-ons. Les Wallace was a winner wearing a kilt.
The only nine-darter so far threw Paul Lim in 1990.
Well-known and with a lot of influence in the BDO and th IDPA is the MC Martin Fitzmaurice who opens the tournament session with "Let's play darts!"
Only recently the BDO modernised the stage in Lakeside though the rather garish coulours are not to everybody's liking. On the Lakeside stage you´ll not find any chalkers any more - they were replaced by a screen only visible for the players and the MC.
In 2013 the BDO announced that the field of participants in the tournament would be enlarged to 40 players from 2014 onwards. The eight additional players will come from national qualifications in Australia, New Zealand, Canada, Eastern Europe, Western Europe, Asia, Baltic and Scandinavia and the USA. 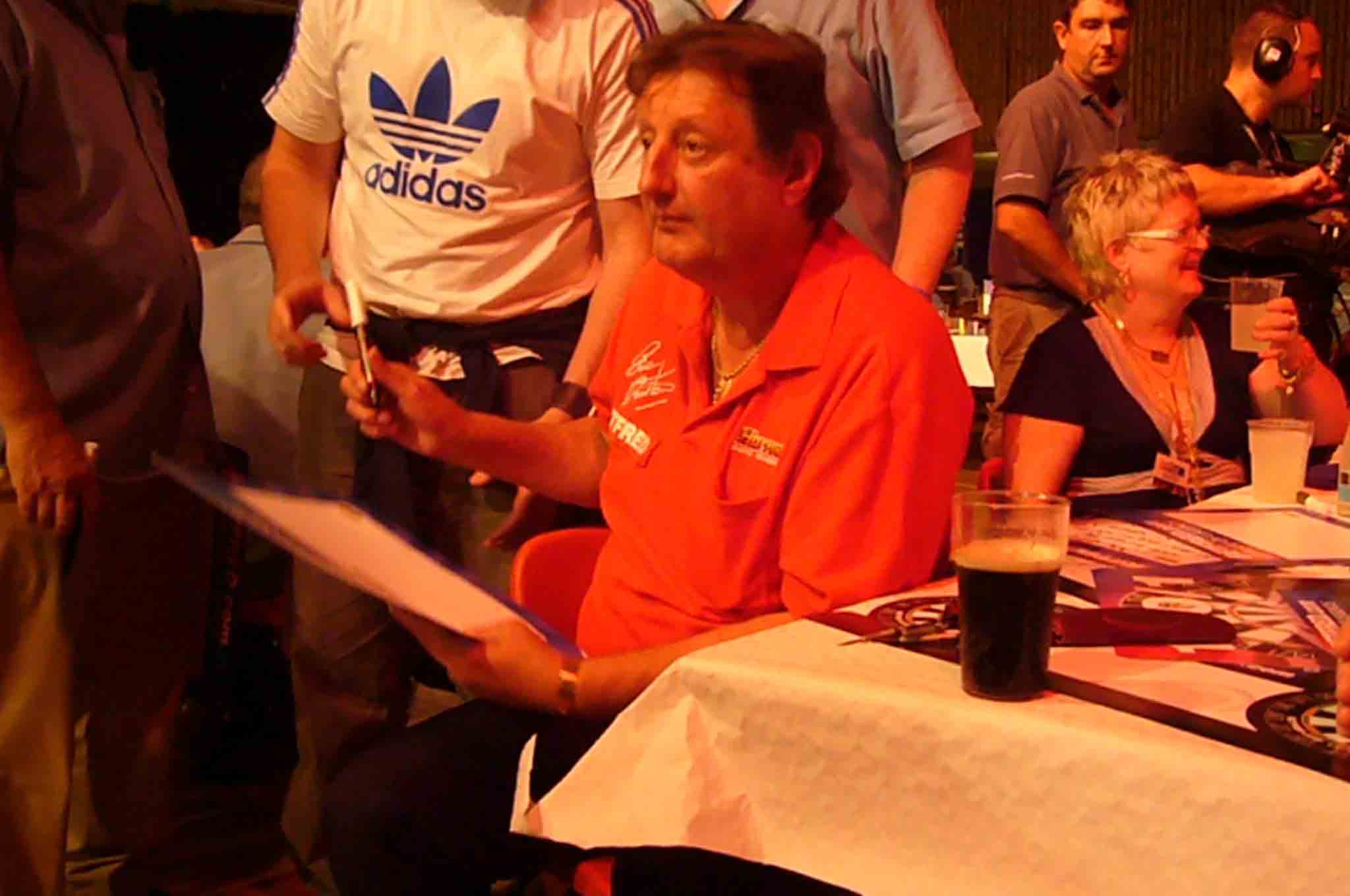