Dart barrels now-a-days are always sold in sets of three. You can buy them in a lot of different weights, various designs - mainly straight, cylindrical or torpedo - and the surface can be shaped in many different ways.

The very first barrels that appeared around 1900 were from France and they were wooden barrels. At this time they were sold individual not as a set.
The wooden barrels had a metal point and were very light so that later one started to weight them down with lead either inserted in the barrel or wound around it.

When in England the sport got more and more popular and the demand for darts grew, one tried to get independent from the French industry and so around 1930 in England the production of brass dart barrels started.
One can still get them today, they are quite cheap but much thicker then the tungsten darts, but there are players who like the "feeling" much better.

In 1947 Unicorn introduced to sell the barrels in different weight categories and they as well introduced that all three barrels of a set have got the identical weight. Those innovations were take up by all dart manufacturers.

Some years later Unicorn once again proved to be a pioneer relating darts innovations. In 1970 Barry Twomlow he asked whether it would not be possible to produce barrels out of another material. He believed that thinner darts would help him to much better results. Unicorn decided to try tungsten - an today the main part of darts are tungsten darts. Tungsten has a much higher density then brass and so the dart barrels are much thinner.

It is almost impossible to produce darts of 100% tungsten, the pure metal is much too brittle. What you find on the market is usually 80% - 90% tungsten rarely some more, but you can't say the more tungsten the more high-quality is the dart. Usually the tungsten is mixed with nickel, but nickel can evoke an allegical reaction. Therefore you can find occasionally silver-tungsten and copper-tungsten darts on the market.

A lot of manufacturers uses tungsten blanks and with the help of CNC machines work on the surface to get the different designs and weights. Tungsten itself is not a really slippery material, there exist totally smooth tungsten barrels (for example Terry Jenkins's darts) but most dart barrels are grooved or knurled for a better grip.

The finished barrels often get a coating, one of the most popular coatings is a "golden" coating, which is supposed to add more grip as well. New coatings and new colours for coatings, often more for the "look" of the dart, is something the manufacturers like to bring on the market.
As it is with the grip you yourself have to find out, what feels most comfortable for you.

The barrels are the same for steel-dart and soft-dart - the difference is that a steel-dart barrel has got a "steel"(metal) point which is most of the time a tight point, though there exist steel-darts with movable points as well - while the soft-dart is sold without a point and one can buy Soft-dart points out of different plastic material to screw in.

There is a difference between the indication of weights as well between steel darts and soft darts - the weight of a steel dart is only the weight of the barrel with point, while with soft-darts it is the complete setup out of barrels, shafts and flights.
One of the reasons for this is that the soft-dart machines can only be played with darts of a certain, comparatively low weight, the complete set-up should not be over 18 - 20 g.

The manufactures of course like to experiment with darts, so for example the German producer "Evolution" offers a dart where barrel and shaft are in one piece. 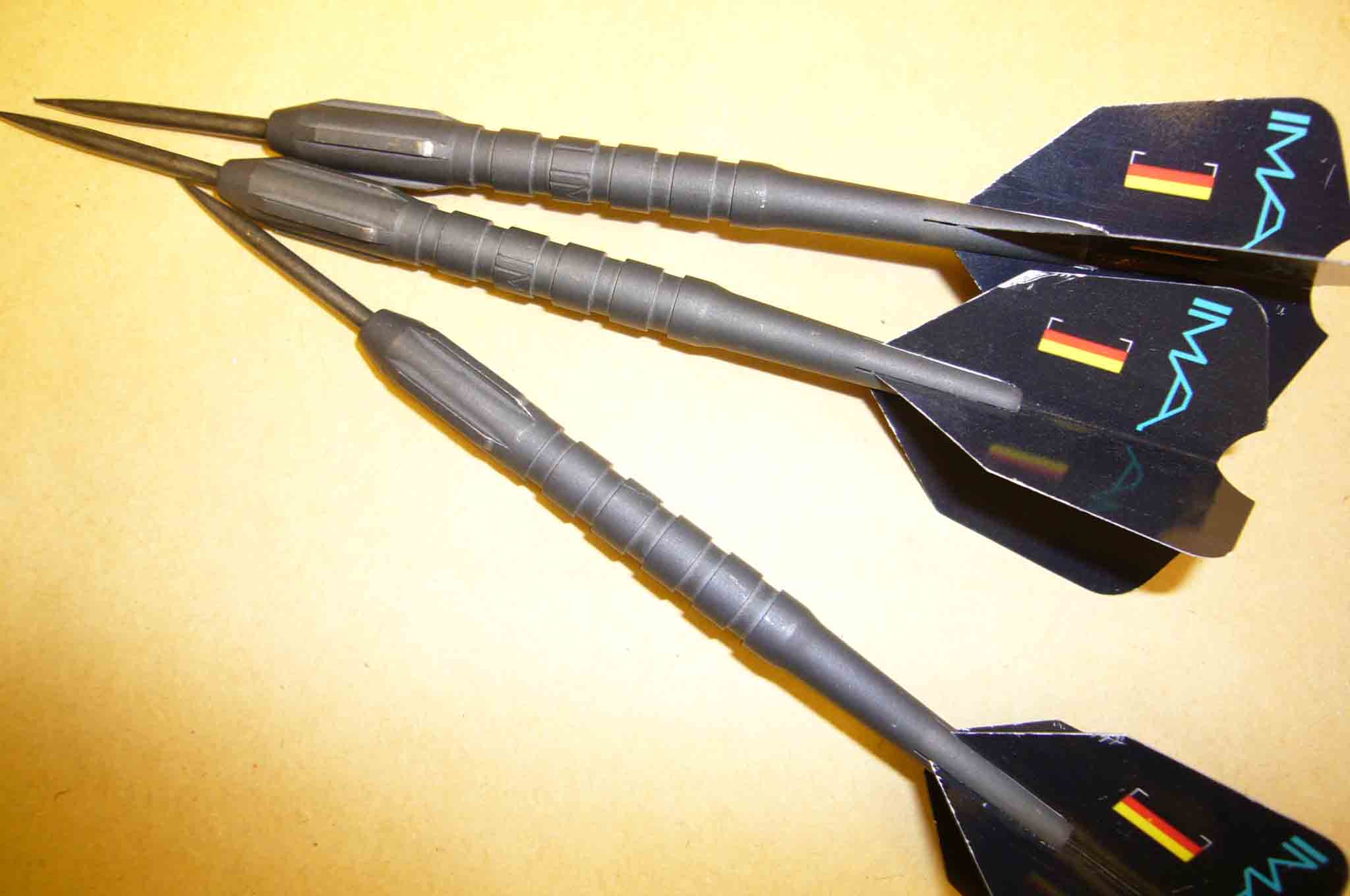