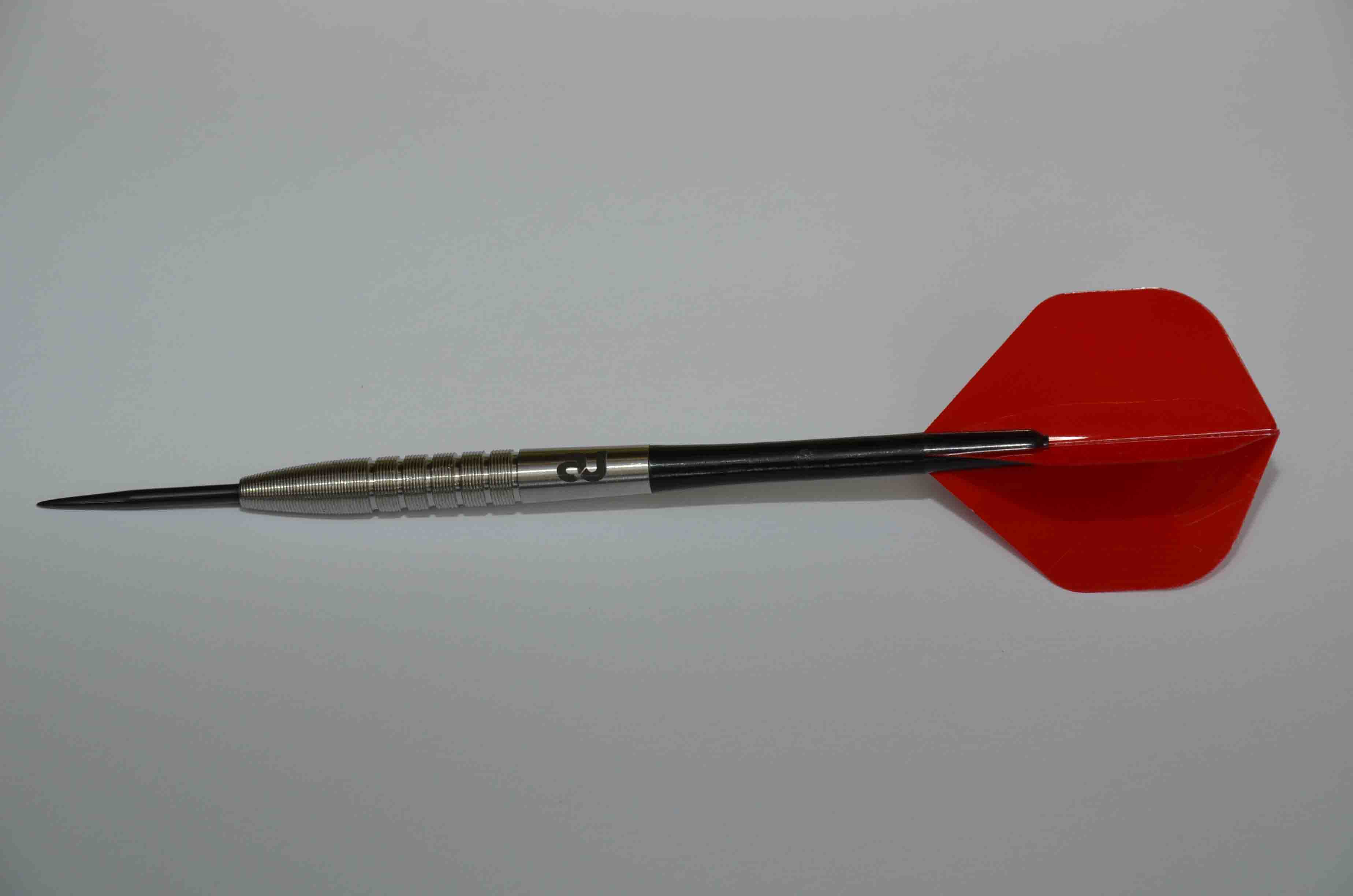 Performance Darts were created by the young English dart player Anthony Urmston-Toft who played for some time on the PDC circuit but then joined the BDO. Urmston-Toft for a long time already gets his teeth in all the different darts on the market, has tried more or less everything and thought about how a "perfect" Dart could look. The Perfomance Darts are the result of his thoughts and he thinks he now put darts on the market which might really be suitable for every dart player - darts from a dart player for dart players.


The Performance Darts are from 90 percent tungsten and they are produced in England. You can buy them in 21, 23 and 25 g in the Darts Performance Centre Shop from 27.95 pound.

They come with a set of red flights and a set of medium black shafts. 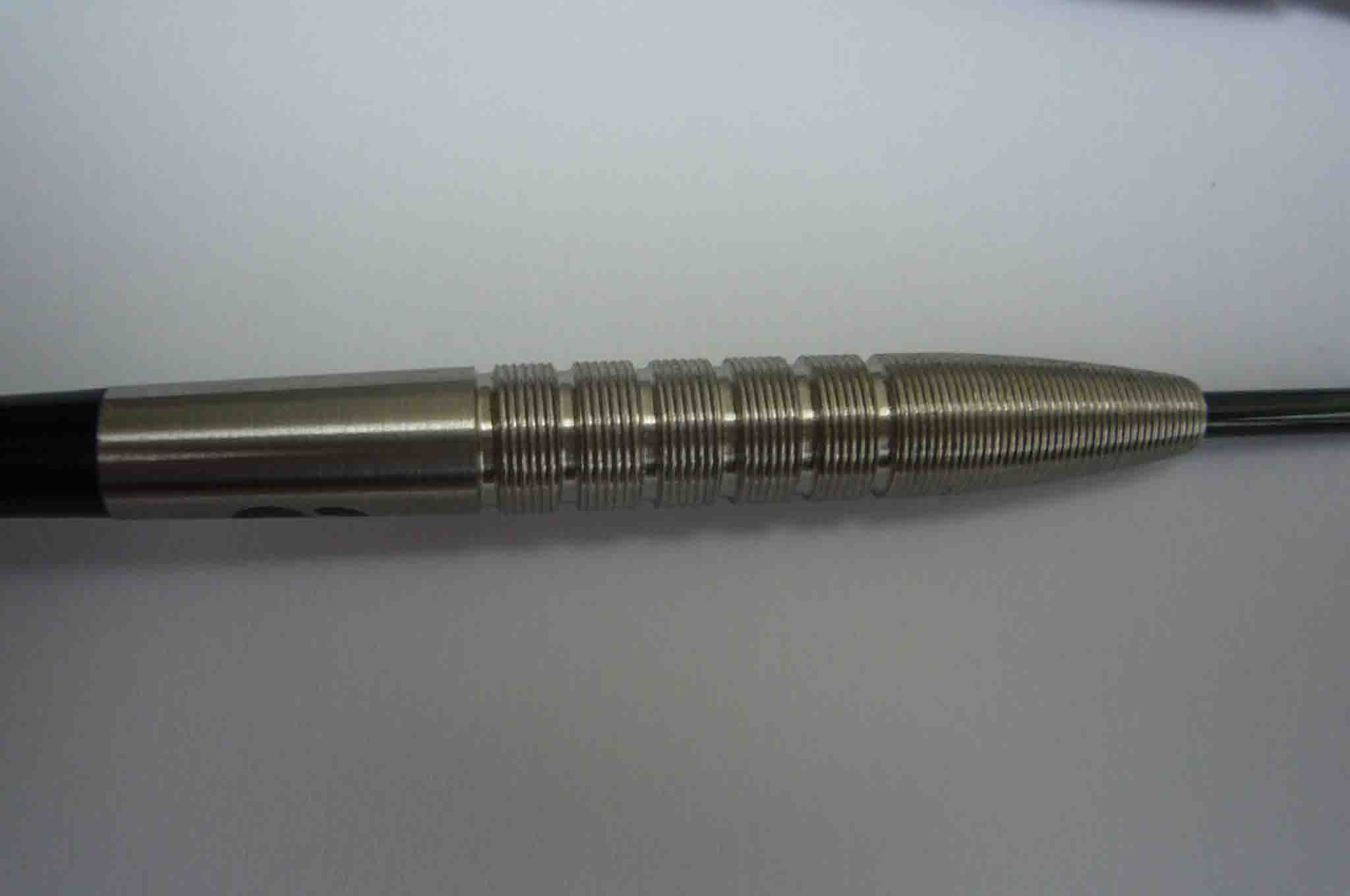 The barrel has a slight torpedo form and gets to the point slimmer then to the shaft. It is 5 cm long. The barrel has six deeper grooves and with the exception of the part near the shaft has got a micro grip till the point. So the darts are suitable for those players as well who hold their darts at the front of the barrels near the points. The grip is grade 4 - that means grippy but not aggressive. The centre of gravith hc h.