John`s throw was analysed from a laptop computer using a video clip uploaded onto YouTube. The clip investigated can be viewed here:
Video


Throw Analysis -The Set Up

John Henderson takes aim by rocking the arm back and forth and it is at this point that the stance looks pretty stable. He draws his arm back and it is still stable. However, the stance changes at the point where he is ready to pull the trigger and the whole upper body starts to move forward with the dart and continuing to the point of release.

John does not appear to `sight` or aim the dart with his eye. The dart comes back to the around the top of his nose and he seems to take his aim from the top of his hand or knuckle. We encourage player`s to aim their dart with their dominant eye which is usually the right eye for a right handed player such as John. Henderson, however, John drifts his dart over to the left hand side of his face.

At the point of release it appears the forward motion stops. It is almost as if he is using the stop of the forward motion as a trigger for the release of the dart. After the dart is thrown he then returns the weight almost to the original position.

Despite John`s rocking motion stopping at the point of release he still has sufficient momentum for his throwing arm to extend to give him a technically sound follow through.

We analysed sixty scoring darts of John Henderson`s from the video clip and from these scoring darts seven were stray darts, which is 11.67 percent. Arguably, less rocking would reduce this statistic although a hit rate of just over 88 percent of hitting the target is an excellent return. 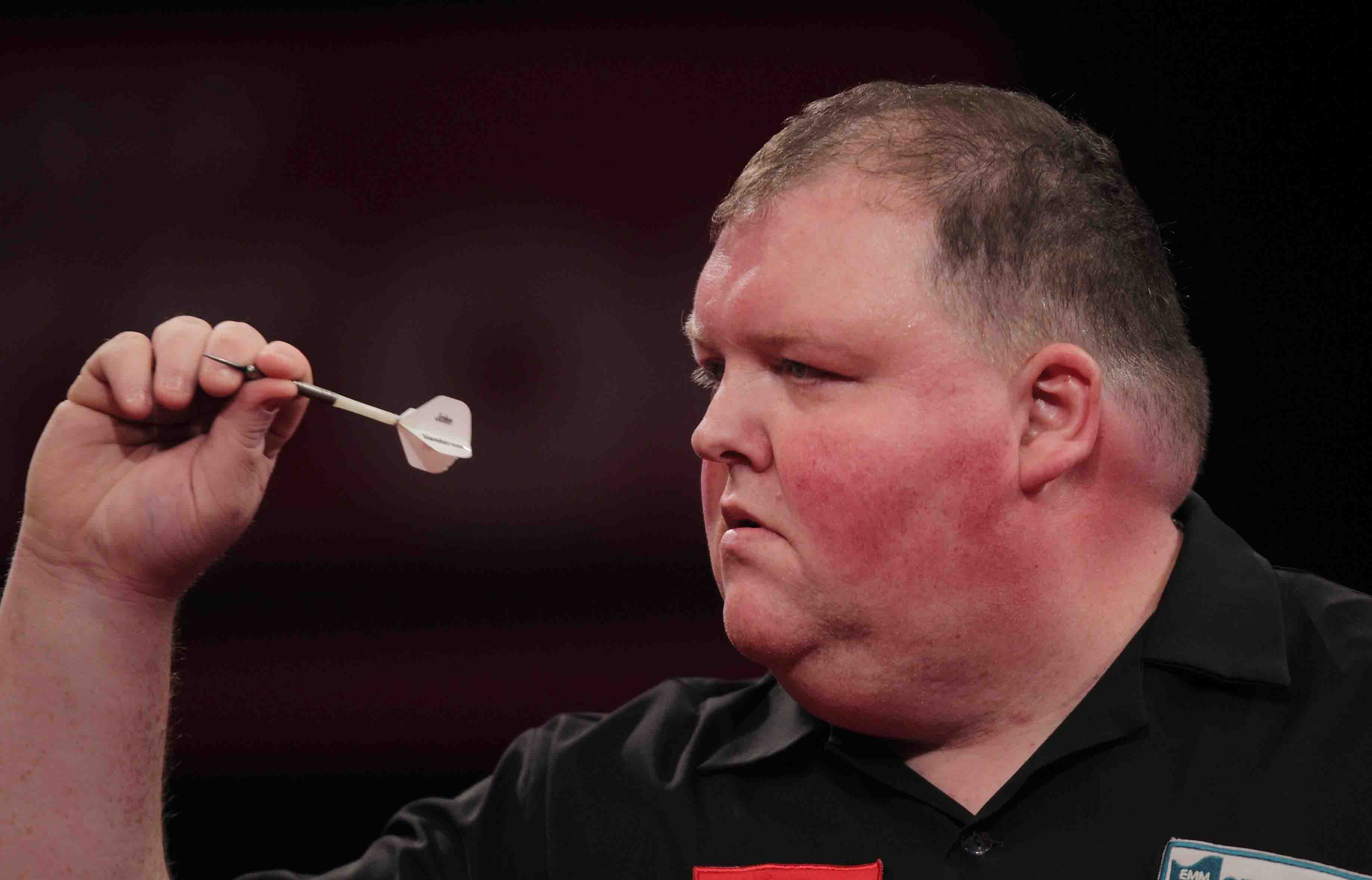 From a biomechanical point of view the throw itself is not technically sound, all of the body movement brings many more muscles and actions into the darts throw making to movement far more complex than it needs to be, in darts 'less is more'.
John may use the rocking motion to time the release of the dart; many players are rhythm players using certain points in the throw to activate the release of the dart.
Another possibility is that John likes to release the dart whilst leaning forward, perhaps his release point is taking his centre of gravity slightly beyond the base of support (the front ankle) and over onto the toes. In this position the entire weight of the body will be place over the front toes and unless the centre of gravity is pushed back it will result in over balancing.

Many players believe that the way they throw is personal and the best way for them, sometimes it is difficult to change something that you have been doing for years, also the fact that John has done well already with what he has may make him loath to change anything.
Nevertheless there are two areas in particular that John could consider:

1. To try and stand with the front foot at 45 degrees to the oche. This will bring him closer to the board which he clearly likes, that is why he leans forward. The benefit of this is that it will also his increase stability and thus reduce the rocking motion which in turn will give him more balance. It may also help to eliminate the drift in his darts that can creep in.

2. To discover which is his dominant eye (we have a hunch it may be his left) and perhaps experiment with aiming the dart at the target with this eye.