Welcome to the Lab - Our second investigation carried out by our research department of Andy Humphrey and Paul Gillings of the Darts Performance Centre puts PDC legend Phil "The Power" Taylor under the microscope.

Throw Analysis -The Set Up

From the camera angles "The Power" aims with left eye then switches to the right side for the throw. It appears that he is cross dominant (Right handed but left eye dominant).

Phil sets the release point for each dart with the aim (just past vertical, the angle of the elbow joint when aiming is almost identical to the angle at release). The elbow lift is just a function of momentum as the arm relaxes after release; the dart is released before the elbow lifts. 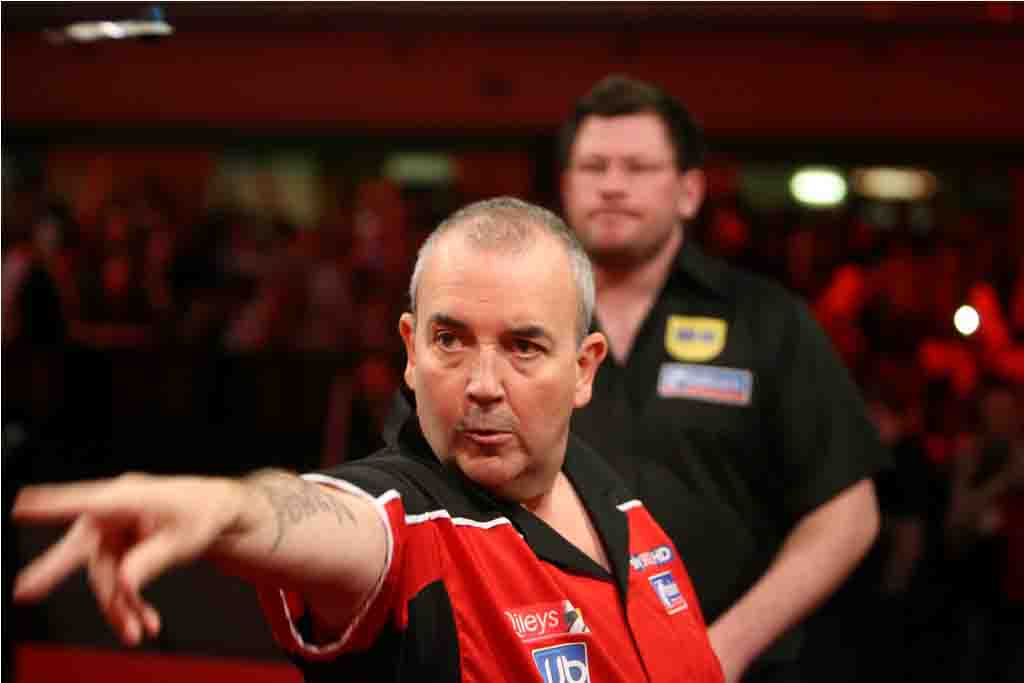 "The Power" demonstrates the perfect follow through, excellent smooth action with the arm and hand following the dart to the target.

The video used for this analysis are clips of "The Power`s" two 9 darters in one match! A problem with accuracy is not something that has regularly caused Taylor a problem.

From a biomechanical point of view the throw itself is excellent (well it would be wouldn`t it)! The only aspect open to any sort of debate is how "The Power" sights or aims his dart. He does appear to switch from one eye to the other before releasing. However, there is still not enough research in this area to conclusively prove that if Phil did aim his dart with his dominant eye then he would get even better! (Best we just move on before the rest of the PDC players get nightmares). The other key point is not to "over-coach". "The Power" has been the number one in darts for years now, so why change something that works?

"The Power", for a number of reasons has an excellent throwing action. He has proved it is repeatable and this fact has been a major influence in the success of his technique. If we can`t advise Phil on any changes what can we get from this analysis? There are specific areas that perhaps other players could take note of what Phil does and experiment with their own action:

These are two areas that could have an impact on the `repeatability` of any players throw, however, they do need to be practised and worked on.