Top Secret or the World Matchplay Quarterfinals to Final

Do you know those spy thrillers? Or spy movies? Where inconspicuous middle aged men with brown briefcases - I don't know why but they are always brown - travel by train to some really remote village where they are picked up by a chauffeur and driven to an even more remote country house or estate? There they meet some as inconspicuous persons - most of the time men as well - and hand over some top secret papers or information. Sometimes the travelling inconspicuous man is kidnapped, sometimes he is blindfolded on the way to the remote estate, sometimes some very expensive and sartorially dressed - of course beautiful and mysterious - women are involved somehow as well. And sometimes the plot includes villains or traitors...

Exactly this is Bletchley Park just outside Milton Keynes. Only it is not fictional it is real. Well better - it was real because today it is a museum. And what happened there during World War II stayed top secret till 1973. 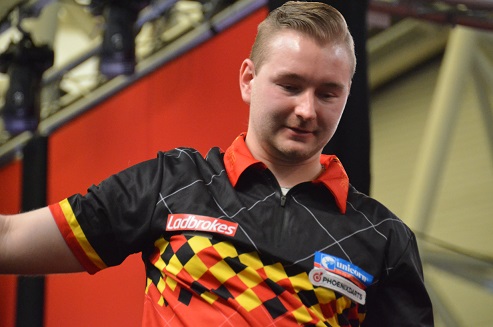 During World War II Bletchley Park accommodated the "Station X" - the Government Code and Cypher School - a secret team of scholars and academics who worked as Codebreakers. They penetrated the secret communications of the AXIS Powers (Germany, Italy, Japan) - most important the German Enigma and Lorenz ciphers. The house was bought by Admiral Sir Hugh Sinclair in 1938. Sinclair was the head of the Secret Intelligence Service (SIS or MI6). Bletchley Park was ideally situated - quite near to the Bletchley railway station, halfway between London and Birmingham, close to Oxford and Cambridge - from those universities many of the codebreakers were recruited. It was linked to the A5 and nearby in Fenny Stratford was a telegraph and telephone repeater. And of course it was remote and every stranger would immediately stand out. To stay with the cliché: Sinclair and his colleagues inspected the site as "Captain Ridley's shooting party".

All kinds of people were recruited including top solvers of cryptic crossword puzzles but trained mathematicians as well. Of course the personnel included people working in the administration too - those often were women. But among the scientist were a few women as well - best known became Joan Clark. In January 1945 the personnel working at Bletchley Park reached a peak of nearly 10 000.

The Germans mostly used the Enigma machine to cipher their secret messages and it were the Poles who first managed to break Enigma and Polish specialists travelled to England to help. Alan Turing - a mathematician, computer scientist, logican, cryptanalyst, philosopher and theoretical biologist - played a crucial part in cracking the code. For this purpose he built an electromechanically machine called the "Bombe". Historians estimate that Turing by cracking the code shortened the war in Europe for more than two years and saved 14 million lives. Beside Turing is considered as the father of the theoretical computer science and artificial intelligence. But as Turing was homosexual and due to this during his lifetime never fully recognised. Instead he only avoided prison by accepting chemical castration in 1952. Only two years later Turing died from cyanide poisoning. It took till 2009 before the British Prime Minister Brown made an official public apology on behalf of the British government. Queen Elisabeth II granted Turing in 2013 a posthumous pardon.

Robert Harris book "Enigma" is probably the most famous book about Bletchley Park. 2012 - 2014 there was a series on ITV called the Bletchley Circle. Mortem Tyldum in 2014 produced the film "The Imitation Game" about Alan Turing in which Benedict Cumberbatch plays Turing and Keira Knightley Joan Clark, one of the few female scientists in Bletchley Park during World War II who was a close friend of Turing.

To return to the World Matchplay and the only enigma to break in the tournament - the question who would win it. Glen Durrant entered the quarterfinals as favourite. But would he really be the winner in the end? As there was no one around to answer the question we only could sit back on our sofa, drink tea and wait what would develop before our very eyes. And though no one was kidnapped or blindfolded it was a thrilling scenario.

We had two nights with quarterfinals. From the first night Michael Smith and Gary Anderson progressed into the semi -finals and both came through quite close and difficult to win matches. Smith got rid of Krzysztof Ratajski who played a strong tournament as did Simon Whitlock who lost to Gary Anderson. In both matches the winners averaged just below 100, a little bit higher than their opponents.
The second night with quarterfinals was close, high class and thrilling as well - might be even a little bit more thrilling due to the match between Vincent van der Voort and Glen Durrant which went into a tie break and ended 18:16 for Durrant who never had been in the lead before the tie break. Vincent van der Voort was bitterly disappointed - how was it possible he lost a match he had almost all the time under control? The other winner of the night was a once again impressive Dimitri van den Bergh who ended Adrian Lewis hopes. For van den Bergh it was the first match ever over such a long format and he progressed into his first major semi-final.

So we had two semi-finals in which an older player met an upcoming player. In the case of Smith v Anderson the mentor played against the "pupil", in the case of Durrant v van den Bergh two players met who know each other quite well.

Smith didn't play as strong as in his other matches or at least not all the time while Anderson played consistently. Probably that made the difference as Smith had twice to fight back and it looked he had run out of steam after that. He had nothing left and lost 16:18 in the tie break. Anderson once again was not really happy as he still had the feeling something was wrong with his throw and he had to fight more against himself then against his opponent. For Smith to be sure it was another disappointment and he still has to wait for his first major title.
The second semi-final was in fact quite similar though in this case the fightbacks came from Glen Durrant and van den Bergh was the player who managed to pull clear several times. Rather astonishing the experienced Durrant looked much more nervous than his opponent. Durrant this time didn't find an extra gear at the end of the match and the winner was Dimitri van den Bergh - who almost couldn't believe that he was through to the final.
Well - the final was not as good as one had hoped for - at least Anderson didn't really perform as the problems with his grip and throw still bothered him. Both players showed nerves at the start of the match and played a few weak legs. But it was the young Belgian who found a way to improve while the complete match stayed a struggle for Anderson. Anderson's highlight was a 130 finish; van den Bergh hit four high finishes - among them a 170 finish. In the end the young Belgian won the slightly one-sided match and the title - what an achievement and to be sure not only for me a surprise! One will see whether that really was van den Bergh's breakthrough and how he will fare when the crowd is back.

It was a good tournament despite the situation and an interesting one. I never missed van Gerwen, Wright and all other top players who were eliminated so early. The quality was high nevertheless; there were a lot of close matches and a lot of drama, some astonishing returns to form. One even could forget the strange circumstances under which the tournament took place.

I only missed that after the final none of those inconspicuous middle aged men appeared on stage, opened his brown briefcase and handed over the price money.