One of the best-known people from Weston-super-Mare is Ritchie Blackmore, the lead guitarist from Deep Purple though he only lived for his first two years in Weston. Than his family moved to Heston, a suburb of London. When Blackmore was eleven he got his first guitar with the condition to learn how to play it properly. So for one year he took guitar lessons. As he says to day that's the reason he knows how to use his little finger - something not many E-guitarists are able to do. 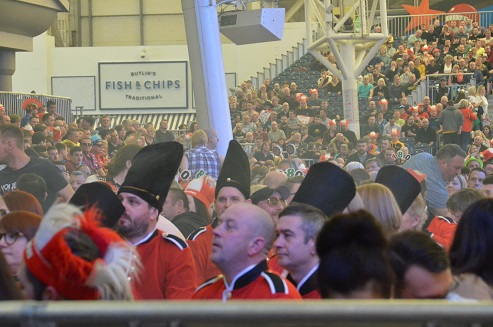 It is quite possible that he played as a youth the famous guitar introduction to Jonny Clayton's walk-on song "Johnny B.Goode, especially as one of his role models was the English rock and roll star Tommy Steele who to be sure had that piece in his program. School didn't really interest Blackmore - with the exception of sports. He was a good javelin thrower - another link to the sport of darts as after all the legend Bob Anderson had been in his youth an outstanding javelin thrower. 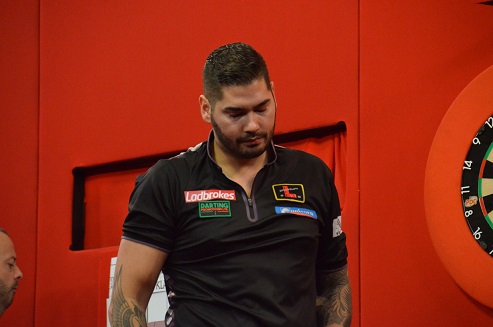 But Blackmore didn't take the step from javelin to dart; he was much more interested in music. Early in the 1960s he was co-founder of the band "Outlaws" and for much pop-, rock- and beat singers the guitar accompanist in the studio and on stage. How he got into contact with Deep Purple I don't know but in 1968 he was invited. At this time the band still played psychedelic and progressive rock music but they didn't consider themselves too good for the latest pop songs. In the 1970s the band changed to hard rock and in the mid 70s Blackmore left the band and founded "Rainbow". In those years Blackmore started to take cello lessons as well which influenced his compositions. It influenced Deep Purple as well when Blackmore returned to the band from 1984 - 1989. 1992 they again reunited and returned to the traditional Deep Purple sound. In 1993 Blackmore left again - this time for good. HE changed "Rainbow" and a new hard rock singer was added to the band. 1997 "Rainbow"disbanded and Blackmore founded together with his girlfriend Candice Night the folk duo Blackmore's Night - now the voice took centre stage in his composition and medieval influences can be found. Blackmore's Night is not really touring in big halls - the concerts take place in a more intimate surrounding. In 2016 a short "Rainbow" revival did happen. 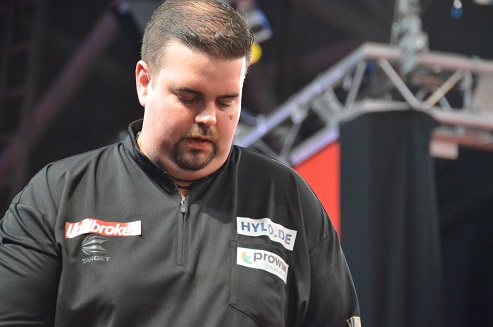 The first two wives of Blackmore were German and Blackmore talks the language fluently, he has a lot of German friends and loves German television. Beside he loves alcohol and his Fender Stratocaster which he thinks sound more aggressive then the Gibson he played at the start of his career.

His advice for people who would like to become good rock guitarists is: "When you really want to get good - and are not a genius - you first should copy other guitarist." Might be a good advice for darters as well?? At least you find something quite similar in John Part's practice advice: "Watch what the Pros do. When a dozend of players do the same the chances are high, that it will work for you as well."

How many players who were still in the tournament on the second day of the UK Open follow this or other advice I've no idée. But it looks to me more and more players work with a mental coach. 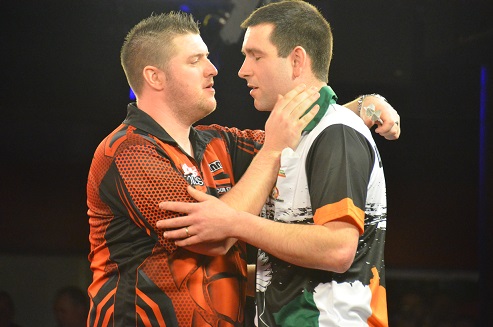 The second day of the tournament started with four boards and the fifth round and ended with only two boards - one on the main stage and one on the second stage - and the sixth round. It was much more relaxed then on the first day and from time to time I now found the time to watch matches over a longer period. There were many close matches like the first fifth round match between Michael van Gerwen and Jason Lowe on the main stage, which von Gerwen only just won with 10:9 or the Irish drama between Daryl Gurney and William O'Connor on the second stage in which O'Connor missed his Matchdarts and Gurney managed to win. At one time Boards three and four had some problems with the lightning so the players had to break off their matches till it was fixed again. Admirable how Mensur Suljovic, who was caught in the middle of a leg, managed to stay composed enough to win first the leg and then the match. 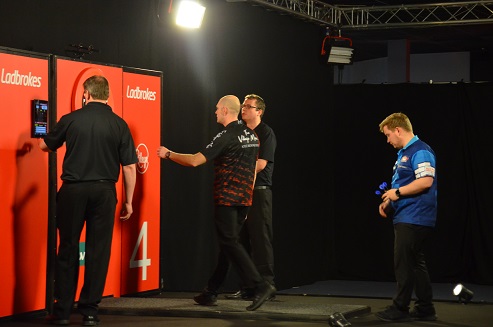 Martin Schindler was eliminated by the still clinical finishing Kyle McKinstry. Gabriel Clemens defeated Andy Boulton and progressed. James Wade and Kim Huybrechts were too early for the TV at the second stage and Wade disappeared again and had to be searched when the match finally should begin and Huybrechts had already walked on stage. Wada won with 10:1 as did Jelle Klaasen against Steve West. And then we had in round five the first really upset when Rob Cross won another of those close matches against Michael Smith. Some where among all those matches Jonny Clayton defeated Joe Cullen - go, go, Jonny, go.

After the usual draw everybody went into the break. No idea what the players do, a lot go to their accommodation to take a rest.
The sixth round started on the main stage with Gabriel Clemens played against Gerwyn Price and he showed a great performance. As on there were more and longer breaks in the main stage matches I walked despite my tired legs to the second stage to have a view on Clayton v Dobey. 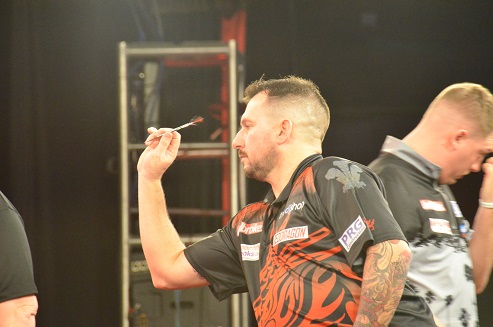 Well - I would be glad could I tell now I did see the nine-darter but I left too early to walk back to the main stage, when I arrived they started to show Clayton's nine-darter. He had needed less time to throw a nine darter than I needed to walk from the second stage to the main stage... Back at the main stage Gabriel still was in the lead but by now it was very close. When Price went 9:9 I knew there would be no Happy End for Clemens and to be sure Price performed magic and produced his best leg of the match while Clemens showed nerves for the first time. In the next match Michael van Gerwen eliminated James Wade from the event who played one of his weaker matches. Or was van Gerwen so good??? On the second stage meanwhile Jamie Hughes eliminated Mensur Suljovic. Back on the main stage we had the next upset - Jelle Klaasen defeated Gary Anderson. Till that time I hadn't really watched Klaasen and was a little bit surprised he was still in the event. But his win against Anderson to be sure was a deserved win as Anderson is still searching for his top form though he played solid in his two matches. 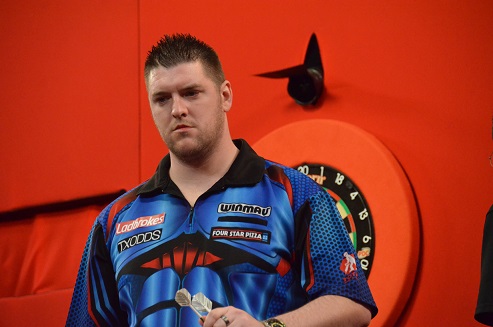 One last time I marched to the second stage and saw how Dimitri van den Bergh supported by a lot of fans won against Kyle McKinstry. I missed the match between Rob Cross and Stephen Bunting as on the main stage Peter Wright between Daryl Gurney was on next. Peter Wright surprised with losing to Daryl Gurney. Now only eight players were still in the tournament. And to be sure Jamie Hughes and Jonny Clayton were two players I never thought would reach the quarterfinals.

This time I had no interest to watch the lights of Weston-super - Mare - from nowhere a strong wind had appeared and it poured down. So despite my tired legs I moved up a gear and turned my back on the lights.