Darts on the Radio 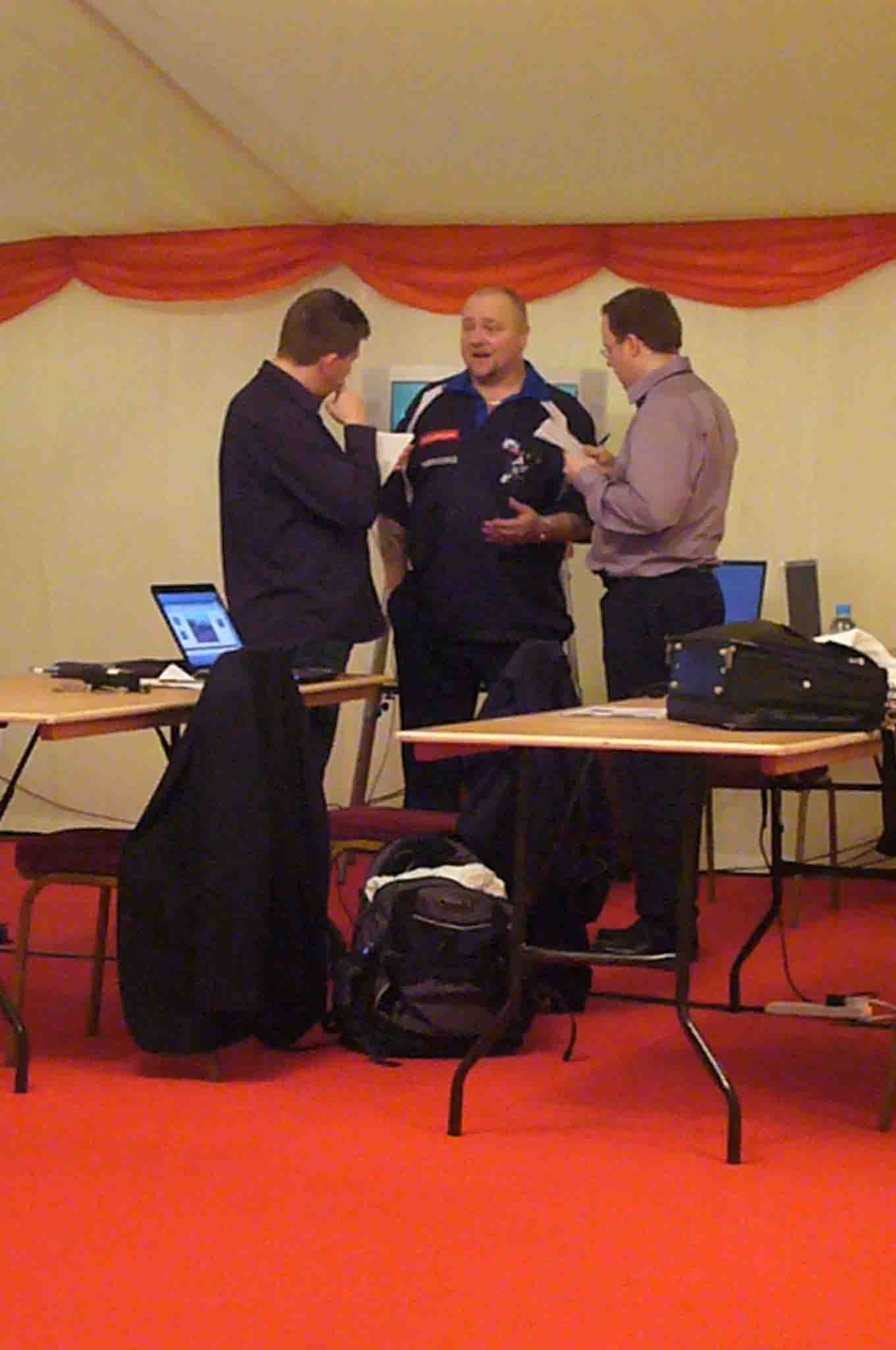 During the PDC World Championship in the press marquee in Alexandra Palace you can always find a young man sitting in a shielded corner. Usually he's already there when I come and he's still there when I leave though I am always one of the last to leave.
He's called the "radio man" and it looks he's sometimes commentating matches live. From time to time he does an interview with some of the players.
Till now I never talked to him so I can't tell you more about him but I heard that he might be an employee of the sponsor and that he sells the products of his work to different radio stations.

The idea that one can transmit darts like other sports live on the radio might at first glance be disconcerting. But the longer I thought about it the surer I got it would work - at least with the adequate commentator. So I made some inquiries and found out how darts made it into the radio and that there really existed and still exists some kind of official radio coverage at least for the BDO World Championship by BBC radio.

The beginning was admittedly not really on radio but some kind of phone hotline a phone company established. John Gwynne - today one of the sky sport commentators on TV - worked for it at that time. Of course the purpose of the company was it to keep the people as long as possible on line and they could listen to all the tournament news, to interviews and the last legs of some matches commentated live.
Then, in 1990, John Gwynne sat as one of the BBC commentators in the Country Club in Lakeside, the first round of the World Championship brought a sensation: the number 1 of the world, Bob Anderson, was eliminated from the tournament by Jan Hoffmann from Denmark. John Gwynne had an idea. He rang Ian Payne, who was responsible for BBC Radio 5, and asked whether one couldn't report about this on radio instead of a second rate snooker tournament which at the time was broadcasted live from Eastbourne. It was not easy to convince Payne but in the end he told Gwynne to produce a thirty second piece about it though he didn't promise it really would be aired. Gwynne rolled up his sleeves and got to work and when he was on his way back home by car he was not too astonished to hear the report in the sport news.

It looks Payne was convinced and from this time on Radio 5 always brought from the quarterfinals on every day a short report. For nine years Gwynne was responsible. When he ended his work for the BBC in Lakeside other commentators took over, till today BBC Radio can be found in Lakeside and some local radio stations took up the idea as well.

The peak of Gwynne's Lakeside radio transmissions was in 1997 when the complete final of the World Championship was recorded live to be broadcasted - John Gwynne was the commentator and Roland Scholten the expert and it was a huge success. It's a shame the venture never was repeated but due to financial problems it became a prey of the rigid but necessary cuts plan of the BBC.

So now you know how darts came into the radio. And during the next World Championship in the Ally Pally I'll try to talk to the "radio man" to find out how he fits in!!! 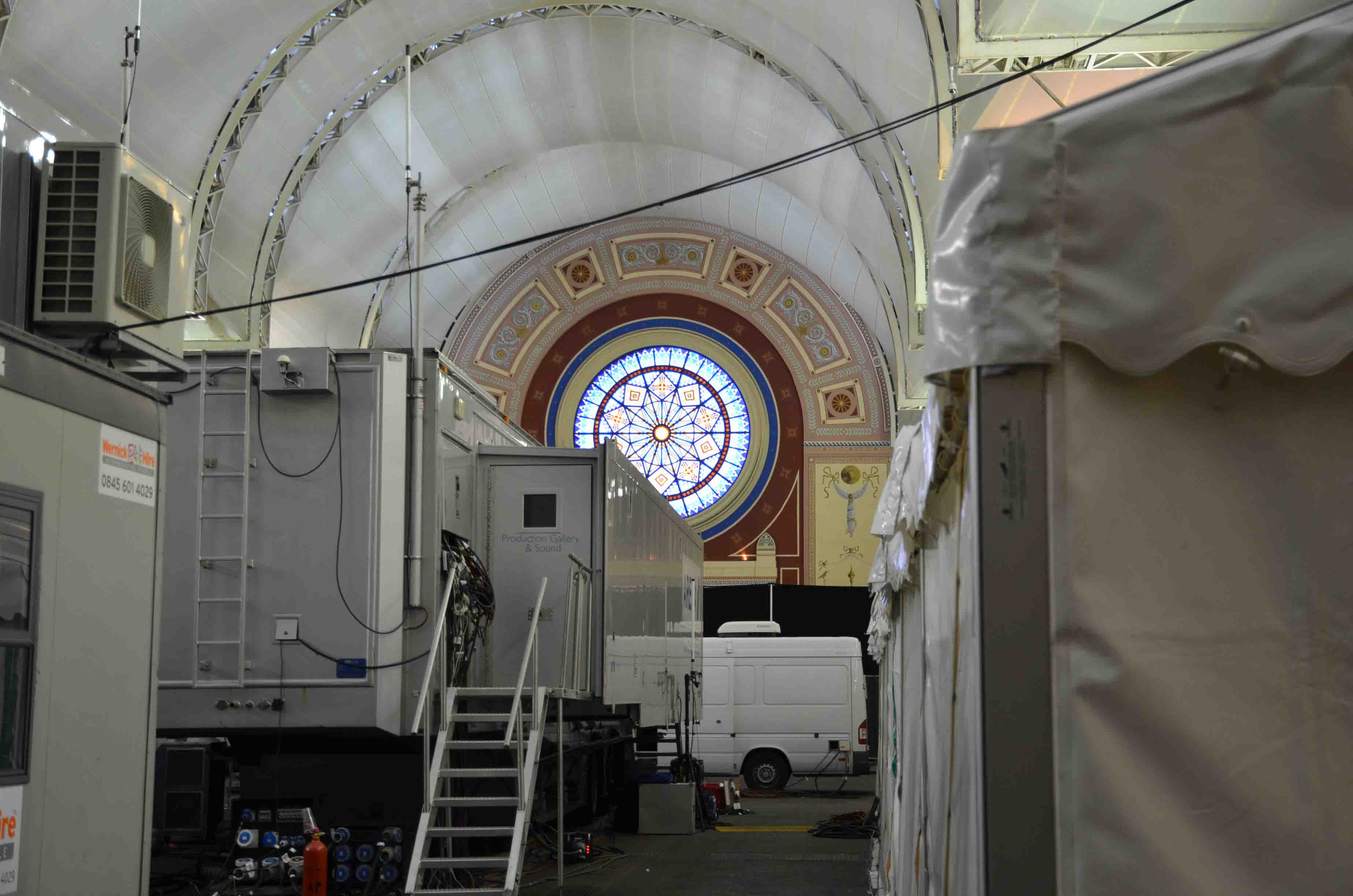