Michael Unterbuchner, born 1988, started to play darts in 2004. Till 2012 he played only soft darts, than he strated to play steel darts as well and joined the Bundeslige club DC Black Birds Kelheim. By now Unterbuchner concentrates mainly on steel darts and fast built up a reputation - first in the national DDV tournaments and since the BDO World Championship 2018 - where he stood in the semi-finals - on the BDO/WDF circuit as well. For a short time he even was the WDF number 1. By the BDO rankings he qualified for the Grand Slam of Darts. In January 2019 he will take part for a second time in the BDO World Championship - this time as a seeded player.
During the Grand Slam I talked to Michael. 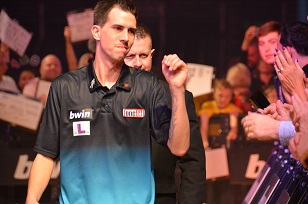 Michael, you are the first player ever who qualified by the BDO ranking for the Grand Slam of Darts - did you look forward to the event?

To be sure. For me it was the season's aim.

And what do you think about the atmosphere?

It is really unbelievable!

In the past BDO players often told me they looked forward to the Grand Slam because they could lock horns with the PDC players and prove they can play darts as well. Is that you view as well?

It is only a part of my perspective. For me it is a very good opportunity to have a go at big PDC events and to see where I stand.

You've got a rather difficult group - how well do you know the other players?

I don't know them at all - well, only a little bit and only from TV, not personal.

Is there a PDC player you at all costs want to play? Or might be some kind of bogey opponent?

No, there is no such player and no bogey opponent either. I don't care against whom I play; I just concentrate on my own game.

Till now you played with only a few exceptions no PDC events - why do you prefer BDO/WDF tournaments?

I only play steel darts for two years now and I wanted to grow into it step by step. So I first played only DDV events for around a year and ended top of the rankings. This year I didn't play DDV tournaments any longer but concentrated on the BDO/WDF circuit - that was the next step.

Is the PDC for you an option for the future?

To be sure. I play to take part in Qualifying School 2020.

What do you think about Superleague Germany and would you like to take part in it?

No - I think for me it would be too time consuming, that already starts with me living in the South of Germany and the venues are on the other side of the country. Beside I feel the way over BDO/WDF tournaments for me and my progress in darts is the right one. 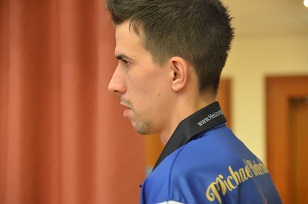 BDO/WDF players usually are a little bit in the shade of the PDC - was their nevertheless a hype about your successes or is it only about the successes of the German PDC players?

How do you assess the BDO/WDF players compared to the PDC players? Would you say they are not as good?

No for me they are completely evenly matched. Might be they are not quite as good as the top eight of the PDC. But they are on par with all players ranked below.

You have got a new board in the BDO - da you players feel the change?

We felt it immediately. Finally something is happening and as far as I can assess it, they do all the right things.

Do you still play in a club or in the league?

Well, I don't have a lot of time of course, as I am traveling a lot. But when I have the time I still play league.

How did you come in contact with the sport?

Shall I really tell it? I was in a pub with some friends and there some people played darts. I tried it and got stuck. 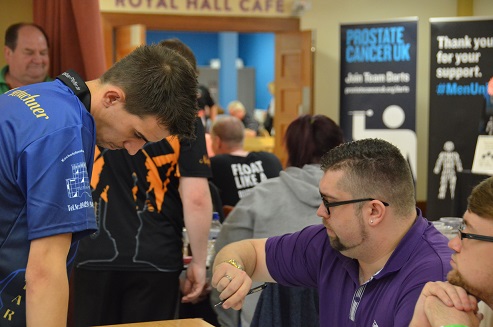 You first played soft-darts - what was your biggest success?

I was German champion. And I several times took part in the World Championship in Las Vegas. But till now I never played Dartslive. I really would like to try it. There always takes play a tournament in La Rochelle in France and I hope to take part in it someday.

Why did you change to steel-darts?

I enjoy it much more. And I didn't like the sound and the lights of the soft-darts machines at all.

What are for you the biggest differences?

You need you head much more in steel-darts because you have to do the maths yourself. Another reason why I prefer it.

Do you still play soft-darts?

From time to time but only nationally.

I didn't have the chance really often till now. But I like to play on stage and every time look forward to it.

You are no full time professional - how do you manage to combine your war and your darts?

That's true. I still work full time in the stock and logistic department of an IT company. But I've got a very cooperative employer. It wouldn't be possible otherwise.

Do you have time to practice at all? You travel a lot as well.

I only work till five p.m. I really have enough time to practice after that.

Taking part in the PDC circuit for players from Germany means a lot of traveling, how is it with you and the BDO/WDF circuit?

I would think that I travel even a lot more and the costs probably are even higher. And the price money is much less. To save money I travel a lot by car - at least to the tournaments which one can reach by car. That is much cheaper than to fly. 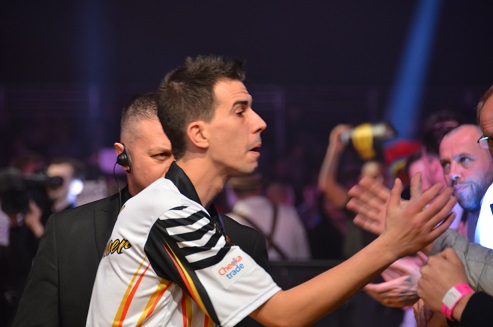 Could you imagine being a full time professional?

I try to practice every day and practice the doubles a lot. From a number I try to play down to cero with nine darts.

Do you prefer to practice alone or with a partner?

I do both. When I practice with a partner we play 501 games.

Have you got some kind of practice plan?

You are one of the players who work together with a mental coach. In which way he helps you?

We work a lot at my strength of nerve, I tend to get nervous. I was for example very nervous here before my first match.

Did you benefit from the cooperation and is it something you would recommend other players?

I really can only recommend it every player. I can call him anytime and we talk about the matches I played as well. Of course it is an advantage my mental coach plays darts himself. He knows about the issues which can turn up and how to solve them.

Do you set yourself goals?

Have you got some kind of special preparation before big tournaments?

No, I just do the same as normally.

Do you do something for your bodily fitness?

I don't think it is necessary. while I work I move around all the time carrying heavy items.

What would you say is your strength and what your weakness?

I think my nerves are both my strength and my weakness. I am often very nervous but when throwing at my doubles I am very strong-nerved. 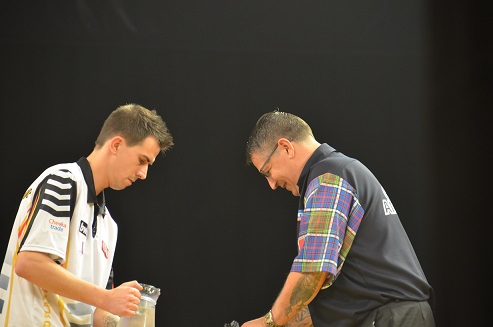 Which darts do you throw at the moment?

At the moment I throw one80s in 23 g with L-Style flights.

You darts have really got a lot of grip.

The reason is that I often have damp fingers when I am nervous. I need the grip so that the darts don't slip out of the hand.

Are you one of the players who fiddle around a lot with your darts?

No, I think I've found my set-up by now. And I am very content with the L Style flights.

That you have to accept new challenges all the time. You never know beforehand how a match will develop.

Have you got any hobbies or interests outside of darts?

Not really. I don't have time for other than working, eating, practicing and sleeping. But I've got a dog I have to walk a lot. 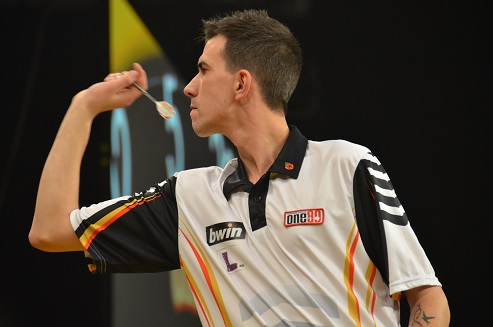